When it comes to time-related issues, there is a proverbial elephant in the room: Daylight Saving Time (and no: it’s not ‘Savings’!), which pushes clocks forward for an hour during summertime. It provides, in short, extra daylight during the summer, but after clocks “fall back” later in the year, it leads to early sunsets in the winter. 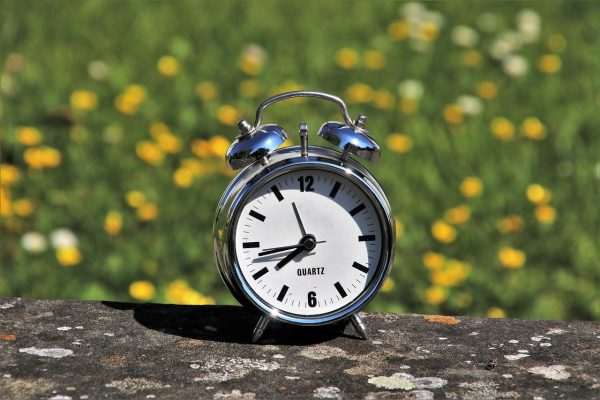 There’s a widely held belief that DST was created by or for farmers, but really: they aren’t on the clock like normal workers — they are going to follow the rhythms of the sun no matter what the official time is.

An early proposal for a sort of DST can be traced back centuries to Benjamin Franklin from back when he was an ambassador to France. He and others like him realized that if the days started earlier in winter, people could get access to more natural light early on when waking up. 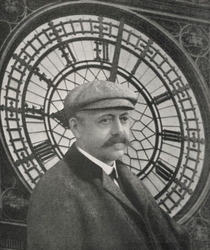 But the idea didn’t gain much traction until the early 20th century, when William Willet, a British builder and architect living outside of London and commuting to the city, began to advocate for it in earnest. His argument was basically that people could have longer days in the summer by using an approach like DST. And while his proposal was initially rejected by the government, he just kept pushing, got others on board, too, including Winston Churchill. Willet passed away before it became a reality, but during World War I, his argument got new traction, in part thanks to the British energy economy. Many British soldiers were ordinarily coal miners, plus of course a lot of energy went toward the war effort — between those factors, power was more important than ever. But it was Germany’s adoption of this time-shifting strategy that finally pushed the UK to follow suit in 1916. From there, it spread to other countries.

To this day, some version of Summer Time (as it’s called in the UK) has persisted in around 70 countries. Some people have pushed to get rid of it, but others are fighting in the opposite direction — moving clocks forward in winter but also in summer, doubling down on the present disconnect. This “Lighter Later” campaign has its reasons: fewer accidents happen during daylight hours, people need sunlight to be healthy, the list goes on. The downside: some people would end up driving in the morning while it’s still dark out. Environmentalists and business leaders alike have gotten on board and according to at least one poll the majority of UK residents are on board (only 32% against).

Eventually, the bill made it to a vote, but ultimately it was blocked — it turns out not everyone in Great Britain is on board. Scotland in particular, located north and west of England, had detractors — people worried about sending their kids to school in the dark, for example. This proposed change was seen as potential fuel for those seeking for a Scottish exit from the UK. In the end, the bill was filibustered — they talked and debated until the clock ran out. Some would argue this failure was for the best, in part because getting people inspired to go to work before the sun has risen isn’t the easiest task. And there is precedent for this concern: during the 1970s energy crisis, the US actually tried to go to year-round DST and people hated it.

Defining Moments: How Traveling by Train Ushered in the Era of Time…

Meanwhile, the debate continues in many places — the EU, for instance, is considering dropping DST entirely. Of course, this could cause some headaches since the EU does a lot of business with the UK. But the real issue may be one of knowledge around DST in general. Many legislators and advocates for various solutions haven’t researched the history — including past research, successes and failures — of this phenomenon, so their positions simply aren’t well enough informed.