And a few months ago, while driving across the wide, stretching grasslands of South Dakota, reporter Fil Corbitt turned off the freeway and followed the signs to the ultimate roadside stop: Wall Drug. 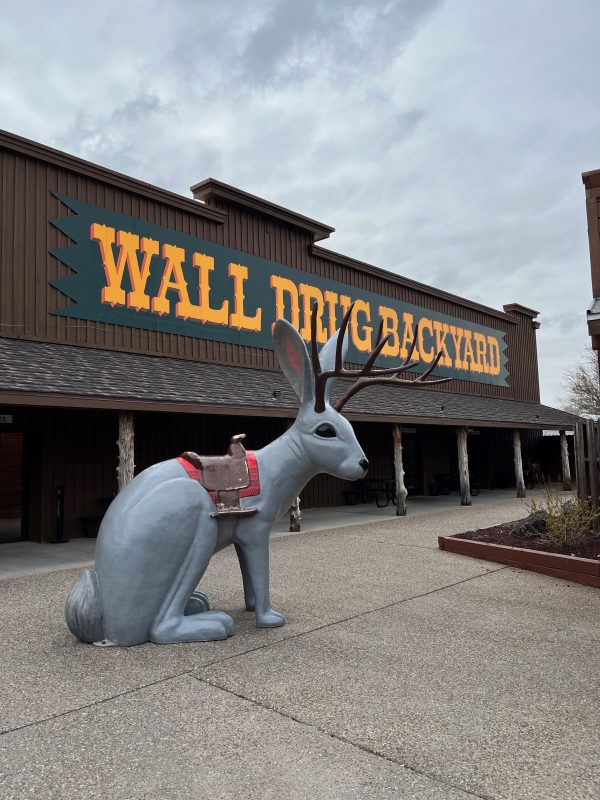 What was once simple, small-town pharmacy during the Great Depression has been expanded to take up an entire city block. And in addition to its restaurant, soda fountain, donut shop and travelers chapel, it is a remarkable purveyor of kitsch, including: jackalopes. 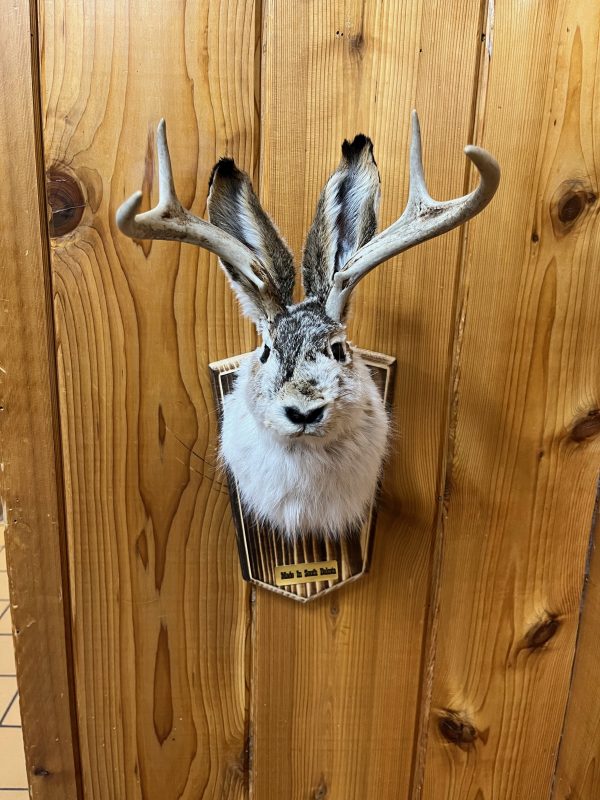 The magical mythical “jackalope” is a essentially a horned rabbit, with antlers of different sizes and shapes. These rabbits all have different expressions, some wry and knowing, and others calm and wide-eyed. But all of them with a certain straight-faced charm. For the past 70 years Wall Drug has been central in the spread of this iconic creature. 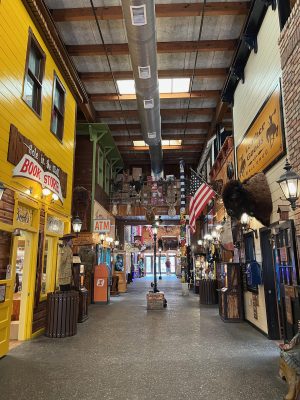 But the story of how the jackalope came to be a mythical mascot of the American West – inspiring an absolute river of trinkets and songs and whiskies and postcards and tall tales – that story goes back much further than Wall Drug. According to Michael Branch, who wrote a book called On the Trail of the Jackalope, the first documented taxidermied jackalope was made by two young brothers in the early 1930s, which they sold to a nearby pub owner. Then, long before the internet, Wall Drug helped the Jackalope go viral. Tourists and road-trippers from all over the world would stop in at this roadside emporium and see, on the walls, this rabbit with antlers. Michael Branch spent years driving around the American west, talking to everyone who knew anything about jackalopes in a quest to understand where this creature came from, and why it’s stuck around for so long.

As more people came into contact with the antlered rabbit, a torrent of tall-tales followed. An elaborate mythology sprang up around the creature, dreamed up by many different storytellers. According to jackalope lore, the creatures are smart and considerably dangerous. They only mate during lightning storms. If you put out a bowl of whisky at night, a passing jackalope may finish it off – and, in his drunken bravado, he’ll believe he can catch bullets in his teeth, which is the only way hunters can manage to bag them. 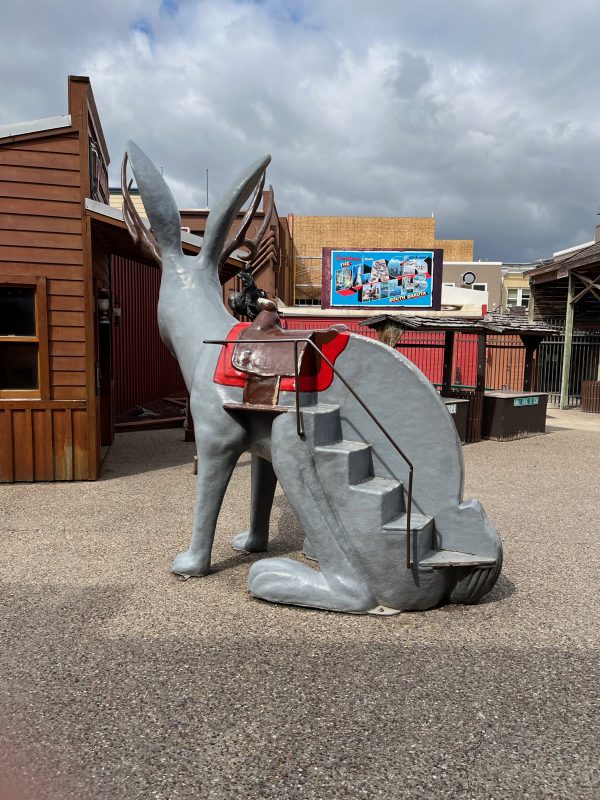 Some of the Jackalope’s allure is that it sets up this ruse. There are people who know, and people who don’t. And a lot of the satisfaction comes from playing with that line: telling people a long, just barely plausible story… all while pointing to the evidence, right there on the wall, which looks real enough at a glance. 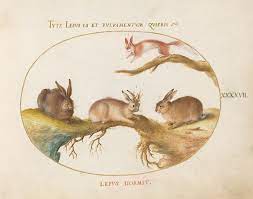 But there’s a curious thing about horned rabbits. While we know the origin story of the jackalope – there are illustrations and descriptions of this specific creature, going back much, much further. For instance, there’s a renaissance illustration of a squirrel and three rabbits; the central one sporting a crown of antlers.

Most of what we now know about the existence of horned rabbits is thanks to a pioneering virologist named Richard Shope. Shope was born in Des Moines, Iowa in 1901 and by the 1930s he was working at the Rockefeller Institute at Princeton University. That’s where he discovered what caused the pandemic of 1918 by linking the influenza virus to one he observed in pigs. Shope was well-established in his field, and was an expert on animal to human disease transmission. The same year the Herrick brothers mounted their first jackalope in Wyoming ,Shope started hearing about some strange horned rabbits in the Midwest. Not the ones the Herrick brothers were making, but real rabbits that hunters had come across on the great plains. 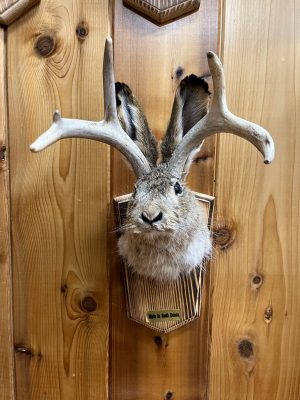 When the rabbits arrived at his lab, Shope could see that the rabbits didn’t actually have horns. They had these gnarly, disturbing growths that were caused – Shope thought – by some kind of disease. That virus that Shope extracted, is what’s called a Papillomavirus. In some instances, they grow right out of the rabbit’s forehead and look uncannily like antlers or goat horns. It’s hard to say for sure, but it’s certainly possible that these rabbits with horns and antlers that were showing up in renaissance paintings and naturalist’s field books were depictions of this disease, observed in nature.