When schools ban books, the strategy often backfires on would-be censors, resulting in greater interest around illicit literature. Similarly,  when governments censor the media, groups like Reporters Without Borders spearhead efforts to make such censored material extra visible. Their Uncensored Library project brings together architecture and journalism in an unlikely virtual reality space: the interactive gaming world of Minecraft. 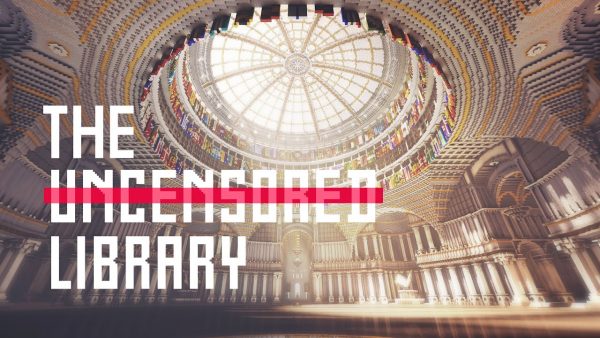 On the surface, Minecraft is a game of collaborative construction and its low-res look may not appear conducive to elements like: reading articles or even entire books in-game. But there are “items” within the game that effectively work like books with a theoretically infinite number of pages. Creators can transcribe text into these “books,” rendering them legible and downloadable. The books are then put in “chests” and organized in the virtual space for accessibility. 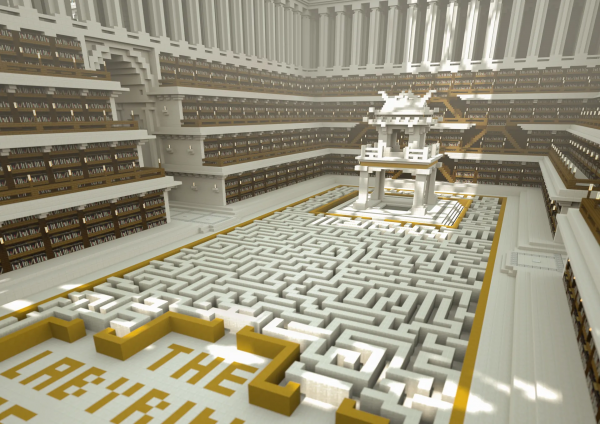 The idea, in part, is to work around normally filtered channels. The non-profit Reporters Without Borders has experience on this front with projects like the audio-centric Uncensored Playlist, which evaded censors by operating through music streaming services. In the Uncensored Library, the spatial design makes finding material easier, and allows for other forms of creation and interaction as well, such as a memorial to murdered journalists housed within the library’s walls. 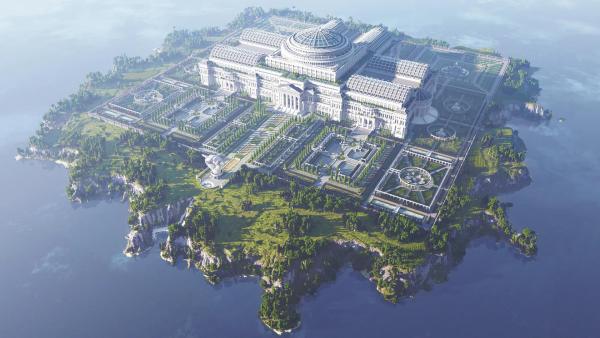 “The style is Classical and formal, the kind of architecture you’d see in the British Museum and New York Public Library,” says project lead James Delaney of Blockworks. “That was deliberate, because this architectural style is usually used by governments to reinforce their own positions of authority.” The design team “wanted to take that and turn it on its head. Yes, we’re using this formalistic, authoritarian style, but instead it’s filled with free information.” 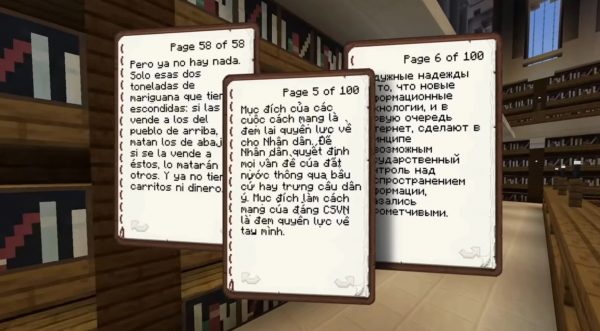 “The criteria for inclusion is handled by Reporters Without Borders, which ensures the library’s content is accurate, truthful, and sensitive,” reports Cian Mahar. And it seems to be working: the library gets regular visitors from countries where information is less than free, including Russia, Egypt, Mexico, Saudi Arabia, and Vietnam. 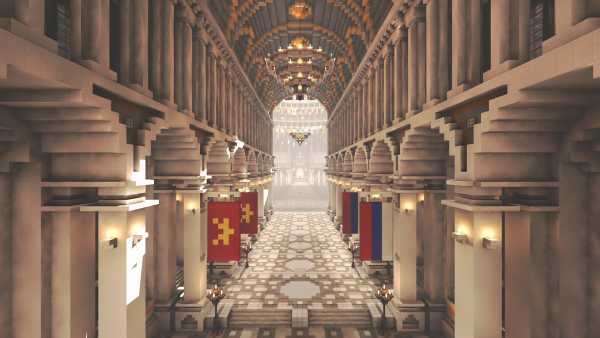 Maps and flags adorn the interior of the virtual library’s architecture, highlighting regions where censorship is more pronounced and helping with virtual wayfinding within the stacks. The design choices are also made to welcome younger audiences who are familiar with Minecraft and help educate them about information suppression. Not all countries are taking this lying down — some are pushing back, trying to get the main server banned. But as with most things on the internet: once the cat (gif) is out of the bag, it’s game over. Anyone can download and reupload the entire library to another server at any time. 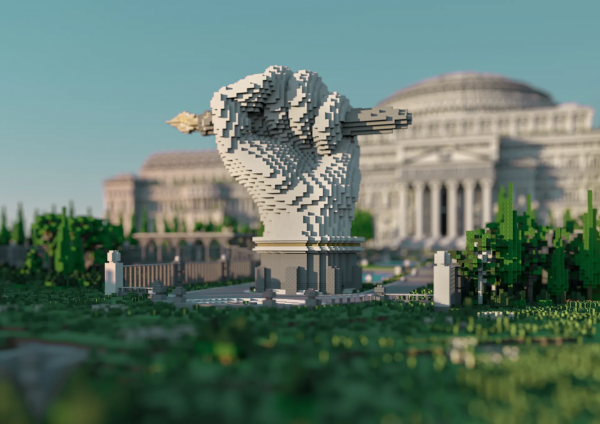 From the Uncensored Library website: “In many countries, websites, social media and blogs are controlled by oppressive leaders. Young people, in particular, are forced to grow up in systems where their opinion is heavily manipulated by governmental disinformation campaigns. But even where almost all media is blocked or controlled, the world’s most successful computer game is still accessible. Reporters Without Borders (RSF) uses this loophole to bypass internet censorship to bring back the truth – within Minecraft.”

99% Invisible
Palaces for the People

Previous Episode: Streaming in the Victorian Era: Early Synthesizer Sent Out Tunes by Telephone
Next Episode: Ketchup & Mustard Theory: How Marketers Use Colors to Convince Consumers

Circling the Square: Designing with “Squircles” Instead of...

To a casual observer, the difference between a... [Read More]