Seeing metal stars set against white mortar stripes along a red-brick facade in America’s first capital city, one might assume they were some kind of vintage patriotic decor — an artistic interpretation of the country’s flag, embedded in its architecture. In reality, these plates serve a vital structural function, and their pervasiveness in older US cities (including Philadelphia, New York and St. Louis) is no coincidence — they can be really useful in holding old buildings together.

In many old brick row houses, floor and roof joists run from side to side, parallel to front and rear building facades. These beams connect to (often shared) party walls between buildings. Building fronts and backs, however, only connect at the edges and roof. So “the problem,” explains Ian Toner of Toner Architects, “is that sometimes these end walls can start to bulge outwards, since they’re only connected to the rest of the house at their edges,” which can increase the danger of catastrophic collapse. A combination of factors can exacerbate the problem, including poor-quality lime mortar, shifting foundations, gravity and time.  The side walls aren’t immune from similar phenomena, but they tend to be more robustly joined to the structure.

Star bolts (and other shapes) are a common engineering retrofit, running through the brick and connecting facades to the joists behind the brick to stabilize things. Sometimes, bulged bricks need to be pushed back into place first, depending on the extent of the issue. Rods are then threaded through and held in tension by washers. The surface plates then spread the tension load across multiple bricks. A star shape can do the job well, reaching out in multiple directions at once while also looking intentional in various orientations (whereas squares can look strange when spun in different directions).

Anchor plates can be shaped like diamonds or circles, too; square versions are common, simple, cost-efficient and often found around the Bay Area serving to reinforce old walls in part for seismic reasons. 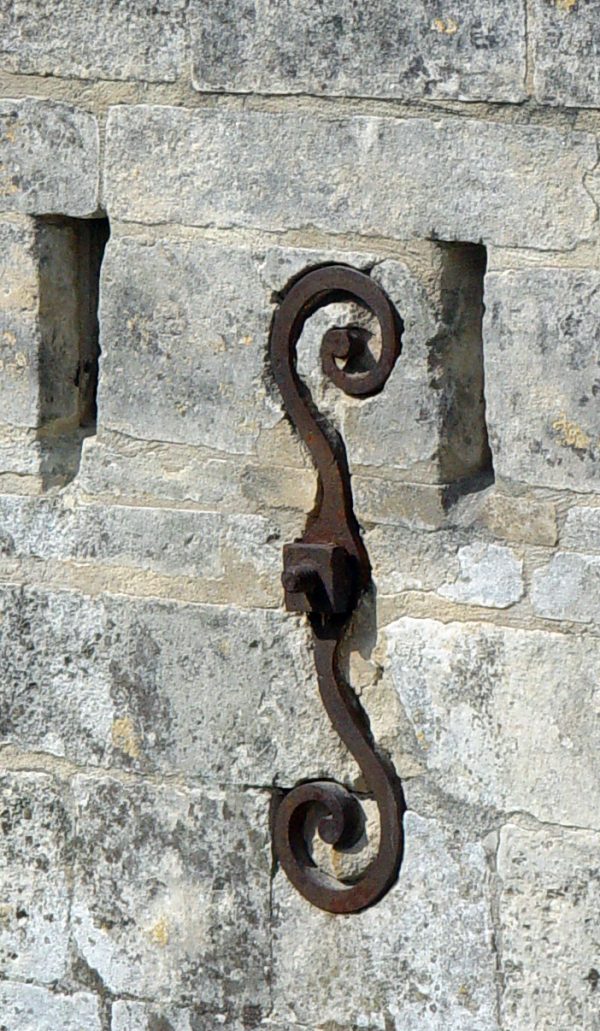 Particularly in Europe, there are older, more sophisticated and stylized shapes as well, often made of cast or wrought iron rather than steel. Like concrete, brick works well in compression but not in tension, so pairing it with metal (which works well in tension) makes a lot of sense.

Though they can have other functions, tie rods and anchor plates used to connect exterior walls to internal floor and roof beams generally follow a horizontal line on building facades. This can look haphazard in some cases but can also be planned to fit into a design, assuming a builder is on board and it fits the budget. Retrofitting structures with these systems isn’t cheap — it can cost hundreds of dollars (or more) per tie — but it’s often cheaper than rebuilding a brick wall. These days, the integration of facades and structures is considered more in advance, and often achieved with effectively invisible ties hidden during construction but still there, holding everything together.

Imagine being able to plant things in your... [Read More]