This winter I traveled to São Paulo, Brazil and found myself thinking about Episode #76, The Modern Moloch. Specifically, what do pedestrians do in a city built for cars? With that in mind, I bring you Image Correspondence #3 , shot while standing in the middle of an elevated highway. 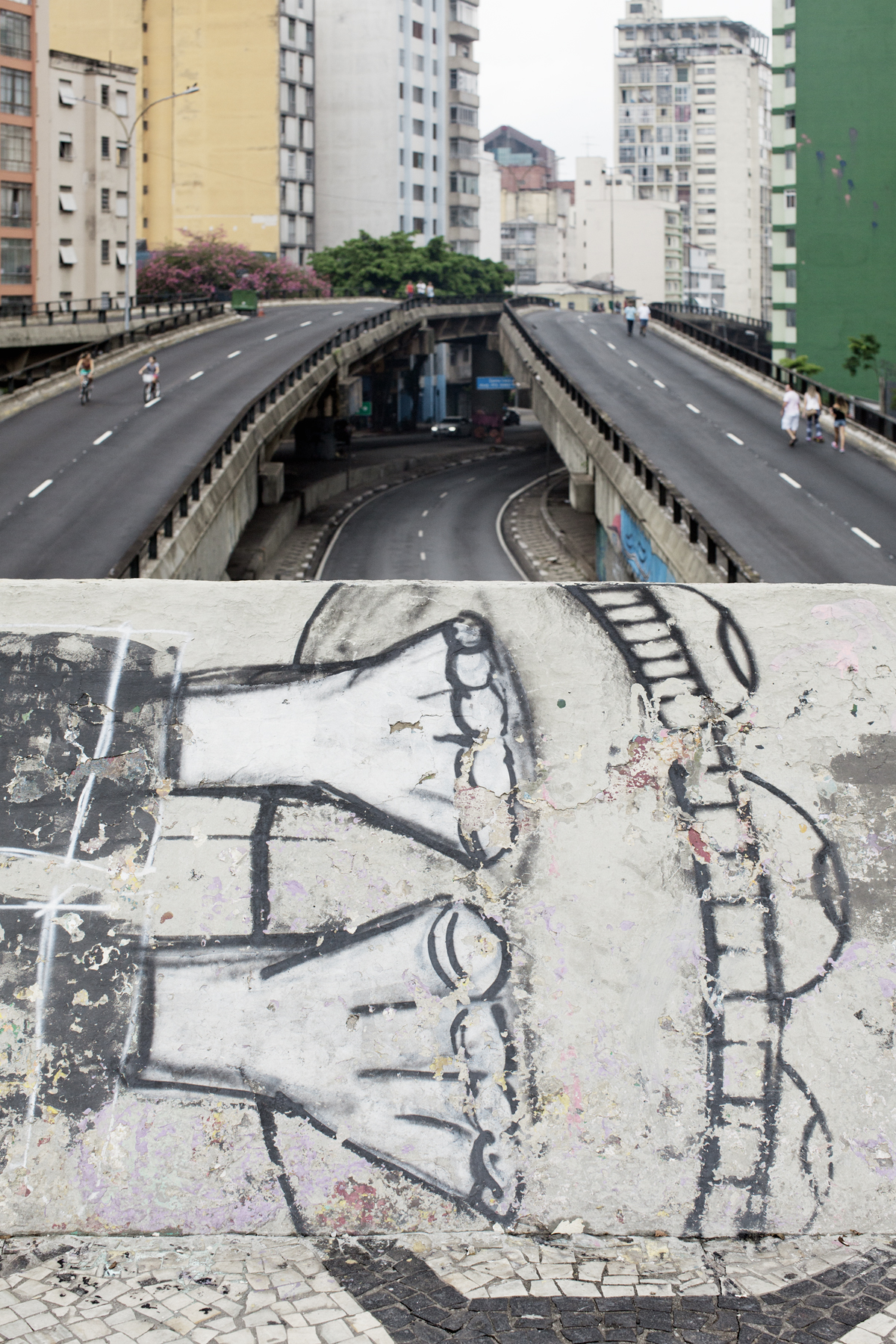 One of the first things I noticed about São Paulo was the traffic congestion and the city’s meandering roadways, many of which were built directly on top of river beds and tributaries during the 1930s through the present. I was visiting a friend and she introduced me to an elevated expressway snaking through the heart of the city, nicknamed the Minhocão (mee-nya-cow). In Brazilian folklore, the minhocão is rumored to be an enormous black worm that burrows through the forest, devouring houses, animals, and people in its wake. By the time construction on the expressway was complete in 1971, it was the largest reinforced concrete project in Latin America. My friend brought me there that afternoon to take a walk in the middle of the street. On every Sunday and holiday since 1976, the entire 2.2 miles of the Minhocão is closed to traffic and open to pedestrians and cyclists (or anyone not driving a motorized vehicle). During the rest of the week, somewhere around 80,000 vehicles pass through the elevated highway.

Crossing a street can feel near fatal in many cities around the globe. It is a powerful feeling to be a pedestrian and rule a road meant for high speed vehicles (and not be participating in a special event such as a marathon or protest demonstration). 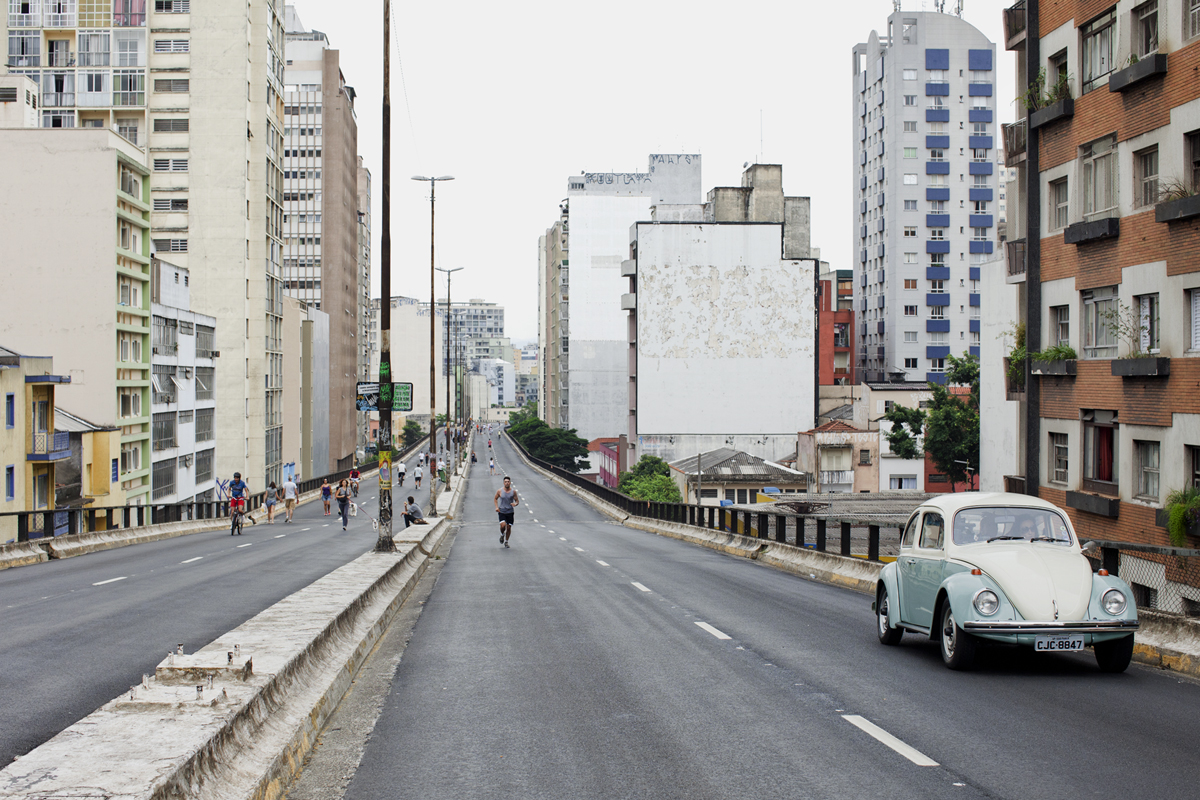 But wait, why is there a Volkswagen Beetle in this photograph you might ask? Well I didn’t stop them to find out, but there was a cameraman in the back seat and their slow roll led me to believe they had a film permit and were shooting a scene along the Minhocão that Sunday afternoon.