This week’s image correspondence was inspired by episode #91, Wild Ones Live. 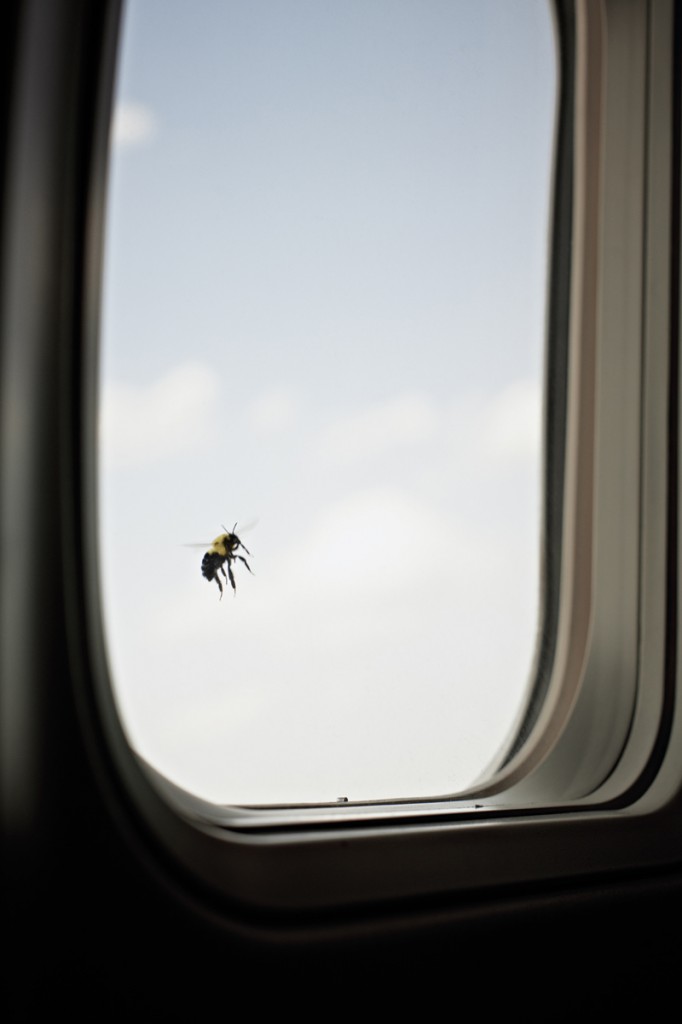 Our aircraft is on the ground, luggage is unloading and a bumblebee approaches my windowpane while I wait to deplane. I duck down in my seat so that all I can see out my window is the sky, and photograph the bee as it lifts off in flight.

The bee flaps her almost-too-small wings at 230 beats per second, and I, still strapped into the thorax of a plane, am fresh from hurtling through the sky at 733 feet per second. For a moment, I feel like an animal locked in a diorama, and the bee is a member of the viewing public peering in to look, examine, and leave. 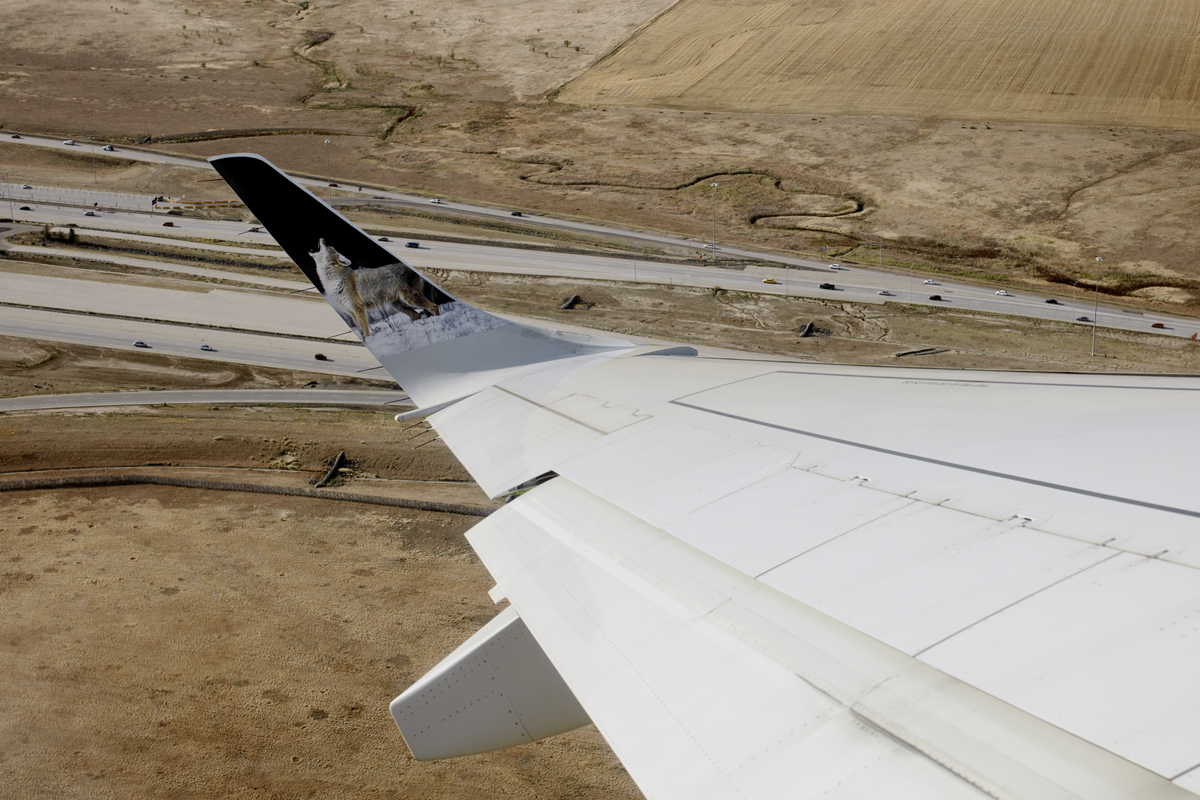 Once upon a time, a hundred years ago, nobody’s career was spent counting, monitoring, and analyzing the gray wolves’ population health. In the United States gray wolves were the objects of a different management project: elimination. Whole careers, by contrast, were spent capturing, containing, and killing gray wolves.

Frontier Airline’s Animal Tails project, for its part, is familiarizing passengers with endangered and threatened species by featuring images of affably named animals like Lance the Ocelot and Ozzy the Orca on their plane wings. The wolf in the photograph, I learned upon some research, seems to be named Wally.

Coincidentally, when I made this photograph, I happened to be gliding over the regions where the grey wolf used to roam.