In episode #137, producer Sam Greenspan brings us a story about the invention of industrially-produced bread. It’s a complicated history. As he concludes at the end of the episode, “When we’re obsessing about bread of any kind, we’re usually obsessing about everything but.” The story of bread involves socio-economics, xenophobia, arguments about health and technology, and, my favorite element (and partial inspiration for this week’s image correspondence), etymology.  Bread is literally, as Sam puts it, “baked into language.” 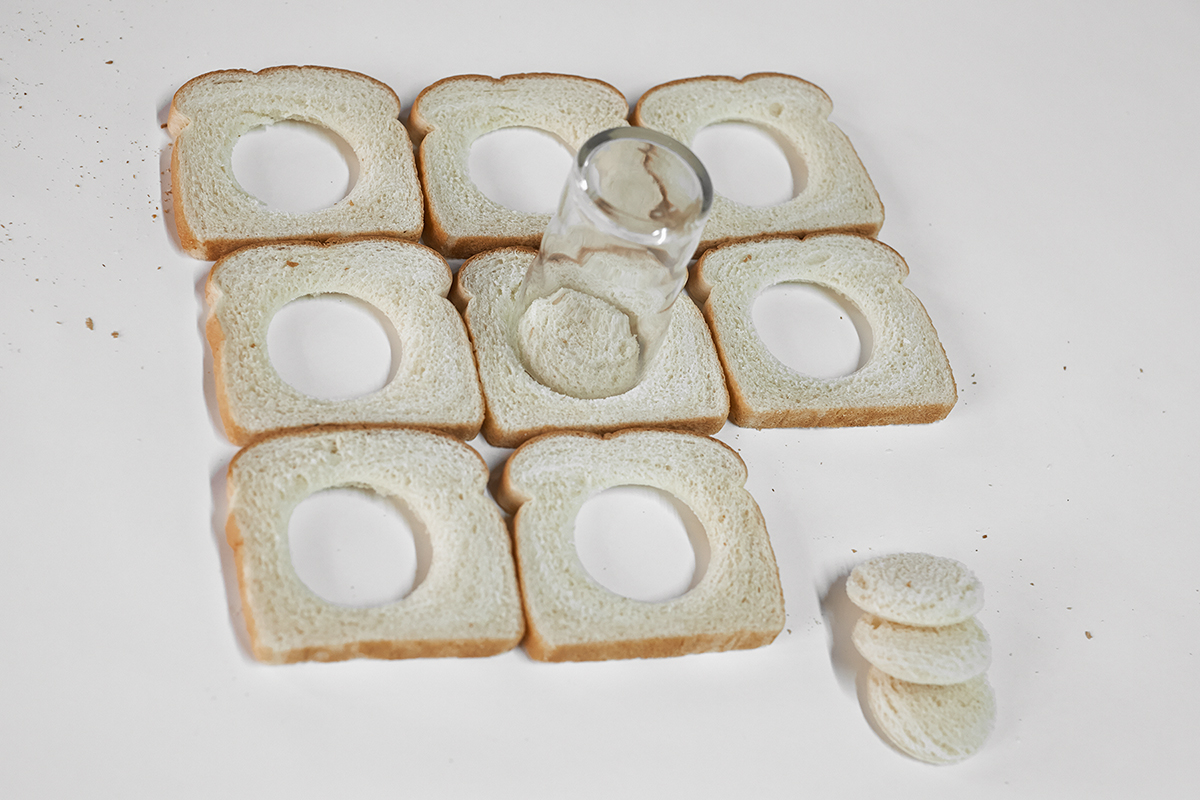 I made this photograph for my aunt, inspired by a story from her childhood in Tulsa, Oklahoma.

It was 1966. My aunt was about 6 years old. She was having a hard time getting her two older brothers to play with her because most of the time they seemed more interested in clobbering each other. She wanted, shall we say, their companionship (see word derivation), and my aunt realized that she could get her brothers’ attention if she made up games involving food. There was the “Dog Food Game”, where the brothers pretended to be dogs and she fed them snacks in her bedroom, but mostly there was the “Playing Priest Game.”

My aunt would pretend to be a priest and spent hours preparing to deliver mass to her stuffed animals and two brothers. There were lots of props – a little table, her dad’s bible, some candle holders, a towel for the Kool-Aid “wine.” Then she would take a few slices of bread and use a juice glass to stamp out communion wafers. With the wafers on a plate and everything set, she would call in her brothers, arrange everyone on the staircase leading to the second-floor, and hold court for as long as possible. Finally she would feed her brothers the white bread wafers and then the game would end.