With the spread of American train networks in the late 1800s, more and more hobos (individuals without permanent jobs or homes) tried their luck on the rails, riding illegally across the country to find work and leaving their marks along the way, including visual symbols scrawled or etched as messages to fellow travelers. 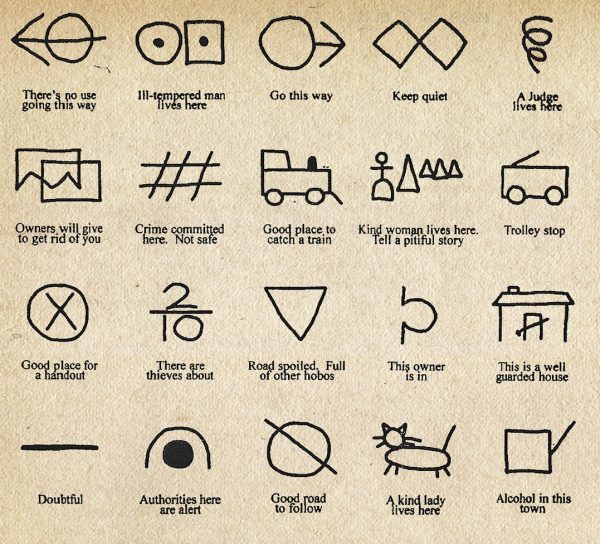 The number of people living this way tended to spike during economic crashes, which drove the jobless to go nomadic and seek out temporary work — often location-specific construction and agricultural gigs. By the early 1900s, the US was home to over half a million hobos, who had to develop clever ways to communicate while on the move.

It sounds like the stuff of fiction: secret markings telling fellow vagabonds where to sleep safely or find other useful resources for survival. Indeed, the fictional TV series Mad Men helped spark viewer curiosity about the reality of this practice just a few years back. In an episode titled The Hobo Code, the series protagonist recalls a scene from his childhood in which a hobo explained a few key symbols.

But this fictional tale draws from reality. Part of the art of living from place to place was avoiding unwanted attention from authorities, so keeping a low profile was key. For so-called “professionals” this meant keeping campsites clean and communicating in subtle ways with other migrants. One way to do this was by leaving coal or chalk marks to indicate things like the presence of barking dogs, generous (or hostile) homeowners and the availability of food and water around campsites. As pictographs, these symbols could be sketched out easily but also didn’t require conventional literacy (which many nomads lacked). They had the added benefit of looking innocuous to those not in the know.

Somewhere Between Myth and Reality 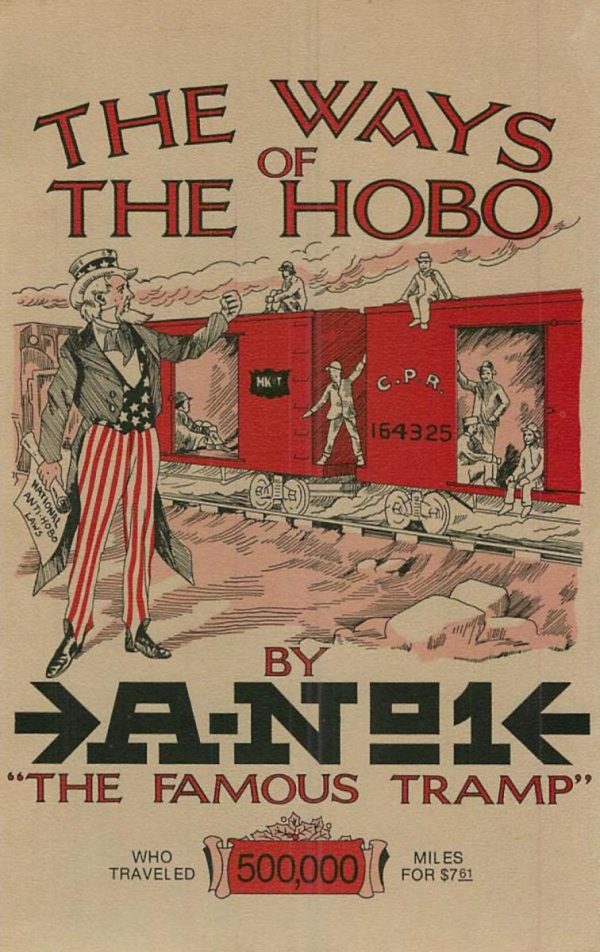 Some hobos, like Leon Ray Livingston (better known as “A-No. 1,” but who also prefered to be called simply “The Rambler”) brought this culture to mainstream audiences through books and interviews. In total, Livingston wrote a dozen volumes on his life as a hobo and the culture in general, including ones that explained and systematized hobo communication codes. They had titles like Hobo Camp Fire Tales (1911),  The Curse of Tramp Life (1912) and The Ways of the Hobo (1914). Still, given the exaggerated mythologies associated with historic hobo storytellers, Livingston (and others) may have embellished the extent of this historic communications system. It’s hard to be sure, since symbols were designed to be subtle and the markings made to be temporary. 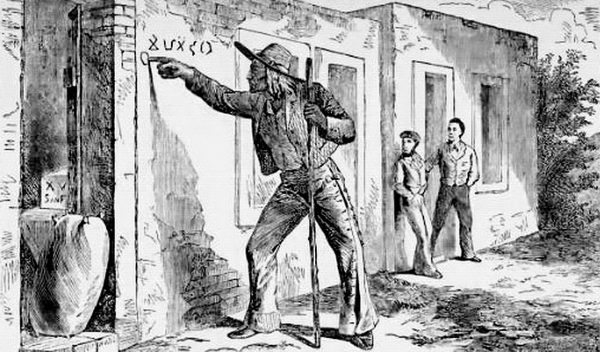 But while it is debatable just how widely hobo codes as such were actually used, there is a lot of evidence of “tramp writing” — leaving one’s mark (a moniker or name) and intended direction of travel, often on buildings or other infrastructure. Travelers and rail workers alike also came to leave their names on boxcars, effectively scrawling messages-in-bottles sent to wherever the rails might take them. And, of course, tagging trains is still a popular street artist activity today.

QR Hobo Codes for the Indigenterati 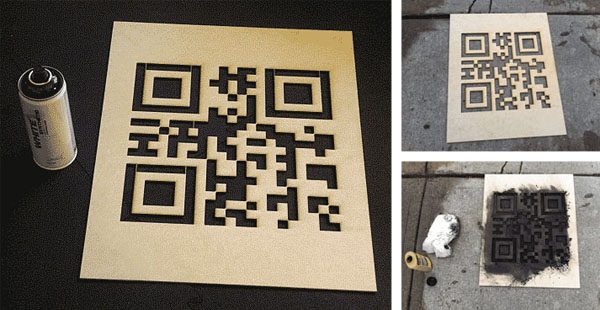 Recent interest in hobo codes has inspired some people to reimagine this communication system for the digital era. Free Art & Technology, for instance, launched a stencil-based QR code project that taps into a more contemporary form of graffiti coupled with a newer technology. 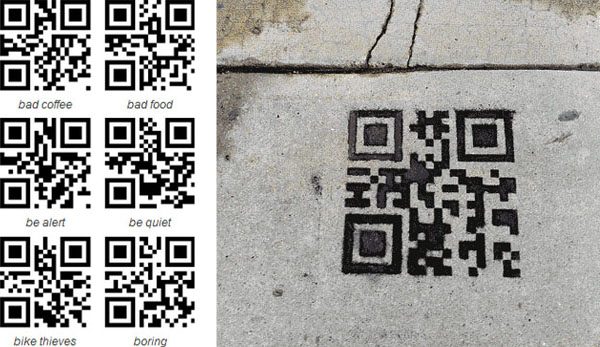 “These stencils can be understood as a covert markup scheme for urban spaces,” explain the creators, “providing directions, information, and warnings to digital nomads and other indigenterati. We present these as modern equivalents of the chalk-based ‘hobo signs’ developed by 19th-century vagabonds and migratory workers to cope with the difficulty of nomadic life. The set includes some classics, like “turn right here” and “food for work,” as well as some humorously novel ones, like “insecure wifi,” “hidden cameras” and “vegans beware.”