The Chase logo was introduced in 1961, when the Chase National Bank and the Bank of the Manhattan Company merged to form the Chase Manhattan Bank. At the time, few American corporations used abstract symbols for their identification. Seen as radical in that context, the Chase symbol has survived a number of subsequent mergers and has become one of the world’s most recognizable trademarks.

Its graphic designer, Tom Geismar, had set out to create “something bold something would stand out … that could be reproduced in various materials [and] that could work at a small size.” It had to work in black-and-white as well, to be printed in newspapers. He came up with the octagonal shape still in use by JPMorgan Chase & Co today. 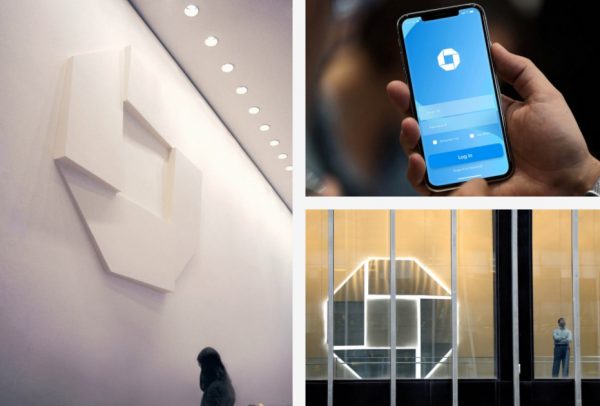 Initially, not everyone at the bank loved the new logo, but within months, higher-ups who had once been skeptical were wearing it on ties and cuff links. “So it was a great lesson to us,” recalls Geismar, “because suddenly someone who couldn’t understand it as an abstract design now really accepted” it as a representation of their company.

He offers three basic criteria for a successful logo design:

A design for a sports team, for instance, needs to look different from a design for a bank. And designs should be memorable, able to be drawn after having been seen just a few times. Then, of course, they have to work in various forms, from building signs to letterheads and apparel.

His firm has a long process for developing their designs, starting with client interviews as well as background and competition research. Sometimes, ideas come directly from this learning period.

In some cases, the result is an abstract design, like the Chase logo, which served as a kind of “empty vessel” into which meaning can be “poured.” In other situations, a more representational logo may be appropriate, like an abstracted fish or wave for an aquarium.

When it comes to showing clients design ideas and drafts, Geismar and his colleagues don’t generally say upfront which one is their favorite. They also try to mitigate potential negative reactions when presenting ideas, explaining “it’s never love at first sight” and suggesting clients try to “imagine what it might be like in actual use.”

These days, Geismar says people are more aware (and critical) of logos than ever before. The recent rise of mobile devices has put app symbols in the palms of our hands. And this has also forced designers to think about how their work will function at different scales, something that has long been a key component to how Geismar’s firm operates. “It is a coincidence,” says Geismar, “but it happens to have worked very much in our favor, because we’ve always tried to do things that are very clear, very simple and that can be reduced to a small size.”

From Guerrilla Signs to 3D Maps: Clever Wayfinding for the NYC Subway...

Urban subway systems can be disorienting, particularly when... [Read More]