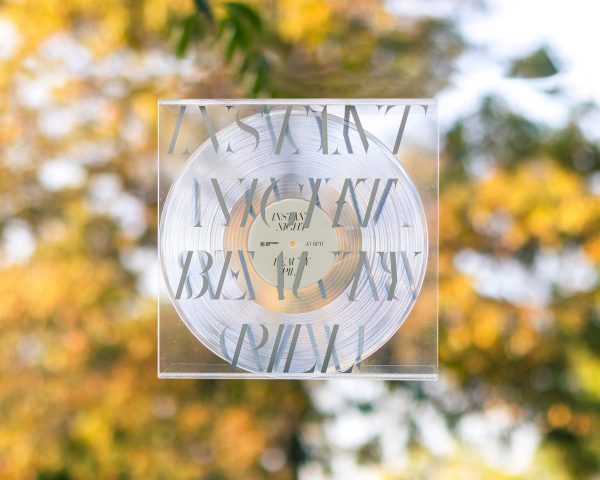 Roman Mars is a long-time fan of Beauty Pill. He was talking with singer/guitarist/producer Chad Clark about the band’s latest 12-inch single, Instant Night,  which features a lovely translucent design (both a clear record and a clear sleeve. In the course of conversation, another classic record design came up: the best-selling 12-inch of all time.

Blue Monday by New Order might not sound familiar by name, but you will know it when you hear it. It came out in 1983, featured a new, high-tech sound that is still bouncing around today. Factory Records designer Peter Saville designed the the album, inspired by the floppy disk, which may seem dated now, but seemed futuristic at the time.

Saville was a meticulous designer, and insisted on a die-cut on the album cover to mimic the hole in a floppy design, suggesting (accidentally or intentionally) there was data inside. It was so expensive to produce, the label reportedly ended up losing money on sales. 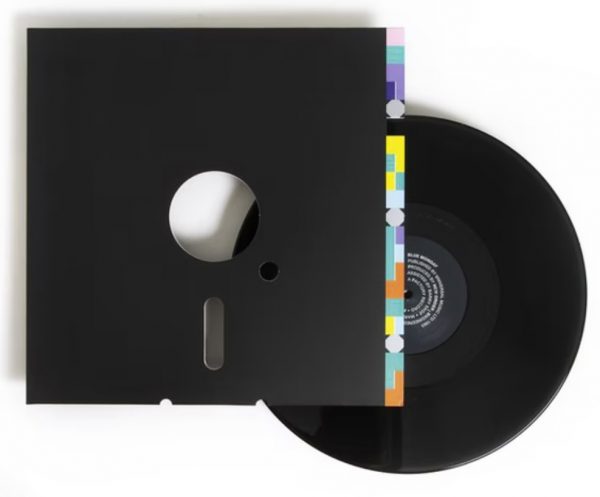 This wasn’t an intentional choice, just a product of the design and the times — it’s likely no one was paying close enough attention to the financials. One assumes that eventually they figured out how to make these profitable, but there’s something beautiful about the way it defies the expectation that music is art mainly designed to make money.

99% Redacted: Bonus Tales from the Cutting Room Floor of The 99pi City

From the outset, Kurt and Roman were worried... [Read More]