The night was August 4, 2017, in Houston, Texas. The Toronto Blue Jays baseball team were losing to the hometown Astros, when they called in pitcher Mike Bolsinger. The Astros lineup that year was stacked, featuring star players like Alex Bregman and Carlos Beltran. When Bolsinger entered the game, there was a man on first and two outs. All he had to do was get one more out, and the inning was over. It turned out to be a really difficult task. Bolsinger threw 28 pitches to the first seven Astros he faced. They scored four runs on four hits and three walks.

Bolsinger was stunned by what happened. He felt good that day and he felt like he was throwing good pitches… but the Astros just kept hitting them. That night, Mike Bolsinger was demoted to the minor leagues. After 2017 he played a few seasons in Japan, but he would never pitch in the big leagues again. Bolsinger had a lot of time to replay that final inning in his head. He’d thrown the ball well against the Astros. It just hadn’t mattered. It turns out, there was a reason the Houston Astros’ hitters seemed like they knew exactly what pitches Bolsinger was going to throw. And that’s because they did. And they knew… because they were cheating.

The Astros were engaged in a practice called sign-stealing, which is part of a rich tradition in baseball. The game features a ton of non-verbal communication, all of which happens out in the open. Coaches will swipe their hands across their chests and down their legs to tell a player to steal a base or lay off a pitch. Infielders will wave at each other to move over a couple of feet to the left or the right. There are a thousand moments like this in every game.

The most important non-verbal communication is between the pitcher and the catcher. The catcher is responsible for knowing the opposing hitter’s strengths and weaknesses, and for suggesting what pitches to throw. Obviously, the catcher can’t call for a specific pitch out loud, because the batter would hear him and know what’s coming. So he does it using a system of discreet hand signals. If you’ve seen a baseball game, you’ve seen this happen. The catcher crouches down, he puts one hand between his shin guards, and he starts pointing his fingers towards the dirt.

It’s usually pretty straightforward. One finger means, “throw a fastball.” Two is a curveball, and three is a changeup. If a batter can steal those signs, and know what pitch is coming, it is a lot easier to get on base.

Sign-stealing is a two-step process. First, someone has to see the catcher’s signals, and then they have to communicate that information to the batter. And this whole process has to take place in a matter of seconds. That may sound like a lot of effort to get a competitive advantage. But as long as there have been non-verbal signs in baseball, crafty players have been stealing them.

The Good Ol’ Days of Cheating 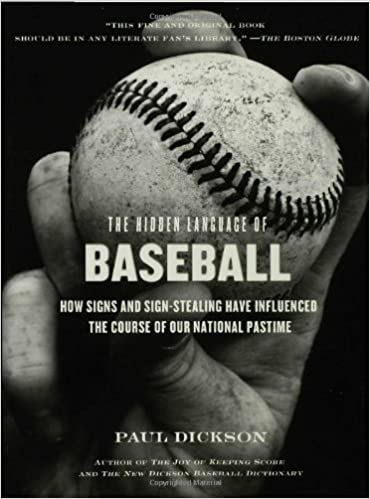 In the early days of baseball, sign-stealing was almost like a game within the game. Teams and players would try all kinds of tricks to get a glimpse of what the catcher was signaling to the pitcher. Paul Dickson is the author of “The Hidden Language of Baseball.” He found the first recorded instance of someone trying to steal signs goes all the way back to 1876, the very first year of the National League. “There was a shack built hanging from a telegraph pole overlooking the stadium in Hartford,” describes Dickson. The shack was hidden away from fans, almost like a hunting blind. Details are sketchy because this happened in 1876! But apparently, there was a man hiding in the shack, probably with a pair of binoculars.

In those early days, sign stealing wasn’t against the rules of baseball. There was no clear line that teams knew not to cross, though many players and fans considered it cheating. 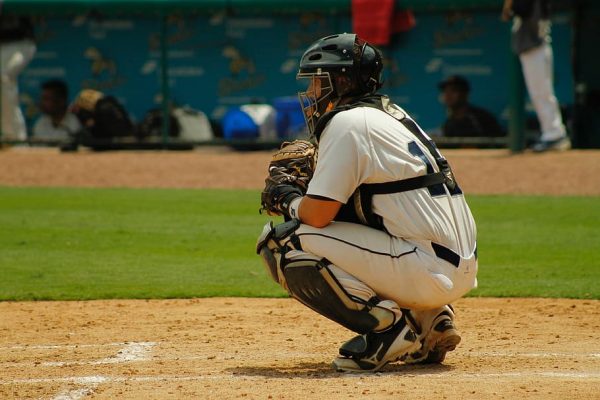 Because of this ethical grey area, for years, sign-stealing was self-policed in baseball. The sign-stealing arms race led to some really creative efforts, like in 1900, during a game between the Cincinnati Reds and the Philadelphia Phillies. The Reds discovered the Phillies’ third-base coach was receiving morse code through a buzzer buried on the field, that helped him know what pitch was coming, a detail he would then relay to the batter. In the 1940s, Hall of Fame pitcher Bob Feller, would hide inside the scoreboard in the stadium in Cleveland and aim a WWII telescope at home plate to steal signs. Feller’s team won the World Series in 1948.

For years, major league baseball did nothing. But their view on sign-stealing changed after a technological breakthrough in the 1950s. NBC had just invested in a camera with an 80-inch space master telephoto lens and unveiled it for a Game of the Week.

Broadcasters realized that they could now clearly see the catcher’s signs, and told the audience what was coming before each pitch. Following that broadcast, the Commissioner of the National League, Ford Frick, took a baby step to discourage sign-stealing. Frick said publicly that he would overturn any game if it was proven the winning team had stolen signs using mechanical means, like a camera or a buzzer system, or even binoculars. This was the line in the sand, in terms of baseball ethics. Players were allowed to steal with their eyes because that was considered a skill. But they couldn’t steal signs using technology.

Frick never actually punished anybody for sign-stealing. And it took major league baseball 40 years to make an official rule about the practice. In 2000, the MLB finally banned sign stealing by ‘electronic means.’ They had to do it because technology was progressing so quickly. The 2000 rule was meant to stop cell phones from being used to steal signs. And by the early 2010s, baseball clubhouses were filled with video screens. Some of them were installed by the league itself when they started allowing teams to use video replay to challenge umpire calls. The presence of all these new screens made cheating incredibly tempting. With screens everywhere, it felt like a matter of time before someone crossed the line.

Before the Astros were winning games, and trouncing pitchers like Mike Bolsinger, they had one of the worst teams in the history of baseball. Starting in 2011, they lost 100 games three years in a row. They had earned nicknames like “The Lastros” and “the Disastros”. Some of their games had local TV ratings of 0.0, which meant that Nielsen couldn’t confirm a single Houstonian had watched the games.

To turn things around, the Astros took a page from the Moneyball playbook and hired a fleet of math nerds. They worked on sophisticated algorithms that would help the Astros decide which players to draft and what strategies to execute on the field. The stats team was called The Nerd Cave. In 2014, reporter Ben Reiter spent time with the team’s front office for a story for Sports Illustrated. He was so impressed with what he saw that he reported the Astros would be the 2017 World Series Champions. It turns out his prediction was correct.

In October 2017, Mike Bolsinger was sitting at a bar watching the Houston Astros play Game 7 of the World Series. This was only three months after his final major league game. The Astros were playing one of Bolsinger’s old teams, the LA Dodgers. When the Astros won, almost everybody assumed the Astros took the World Series because of their mix of young talent, and the shrewd decision-making from the Nerd Cave. But two years later, the world learned the truth. In late 2019 a whistleblower came forward, a pitcher named Mike Fiers who had played with the Astros for three seasons. He alleged the team had been stealing signs.

Fiers said during home games, the Astros had a camera aimed directly at the other team’s catcher, which broadcast to a tv in the tunnel behind the dugout. To communicate the pitch to the batters, Astros players would watch the TV, and when they saw a fastball coming, they did nothing. Any other pitch, they would hit a bat against a plastic garbage can. Major League Baseball opened a full investigation into the accusations. The Astros manager and general manager were suspended and then fired by the team. The team was fined $5-million dollars, but no individual players were punished.

The investigation confirmed the Astros had been sign-stealing during the 2017 and 2018 seasons, and during the playoffs, and maybe even the World Series. The Astros are still the 2017 World Series champions, even though many baseball fans insist they deserve a massive asterisk.

Since then, it’s become clear their biggest victim was Blue Jays pitcher Mike Bolsinger. An analysis by a computer programmer revealed that during the game when the Astros faced Bolsinger, they banged on their trash can lid 54 times, the most times the Astros had used that system in all of 2017. Bolsinger filed a legal complaint against the Astros on February 10th, 2020. In the complaint, he blamed them for effectively cheating him out of his career. He’s seeking damages. And he wants the team to give up $31 million in bonuses the players received for winning the World Series, which would be donated to charity.

The Astros aren’t the first team to be in trouble for skirting the rules of baseball. In the early 2000s, there was the steroid scandal. And since the beginning of baseball, players have doctored the ball or put cork in their wooden bats or slid into their opponent’s legs, cleats up. The Astros embraced every small edge they could find, as they transformed themselves from a laughingstock into a champion. But when it came to baseball’s age-old tradition of sign-stealing the Astros didn’t just push to the edge, but over it. 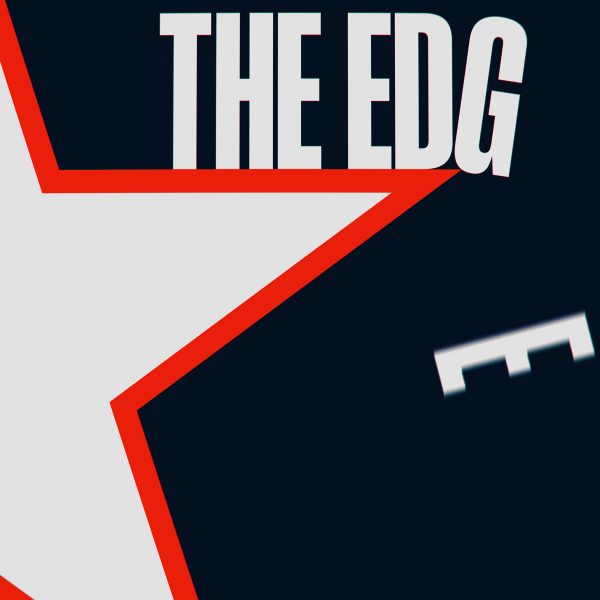 This episode is adapted from The Edge, a six-part series hosted by Ben Reiter.

Previous Episode: The Next Billion Users
Next Episode: Take a Walk