The Return of Dormzilla by Kurt Kohlstedt

If you follow architecture news, or just use social media at all, you may be familiar with Munger Hall, a proposed building for the University of California in Santa Barbara. The project is being sponsored in part by billionaire Charlie Munger of Berkshire Hathaway. 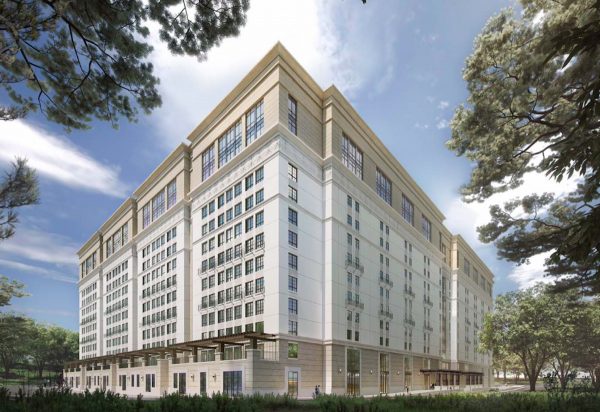 The exterior design is not exactly ugly — it’s plain and boxy, nothing to write home about, but also nothing to get worked up over. It was the unusual and cramped interior layout that led to headlines like All Hail ‘Dormzilla’, the Monster Dorm the Internet Hates. But this building really wasn’t on the radar of the press until someone leaked it — specifically: a 99% Invisible listener named Mark Vukcevich. 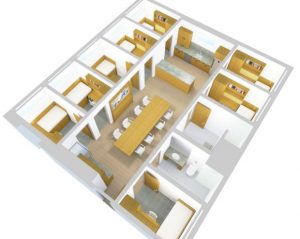 Mark is a UC Santa Barbara alum who majored in political science and was also a member of the campus’ Design Review Committee. Like many in the media who have since written about the structure, he has a lot of criticisms about its design, including the way students are to be housed in single-occupancy rooms, most of which feature no natural light or ventilation. He is concerned, among other things, with the impact such living conditions could have on student mental health. 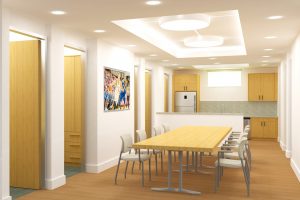 The gist of the argument in favor of this unusual layout is that giving people tiny personal spaces will force them out into common areas — and from there: out onto campus. And that will in turn lead to more socialization, theoretically. But one could imagine the opposite: having a room to yourself might make it easier to self-isolate. 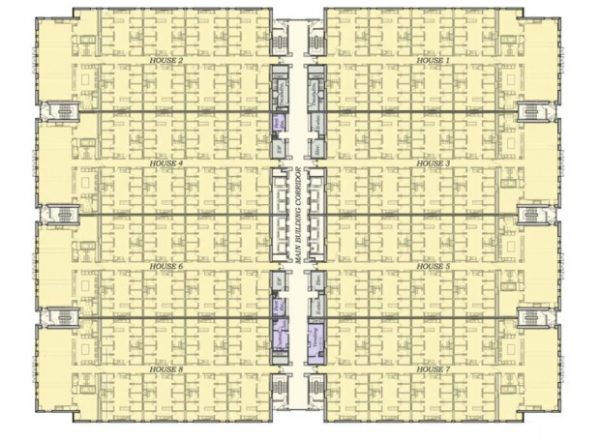 While in school, Mark Vukcevich had unique access to the project as the student representative on the university’s design review committee — basically, he sat alongside faculty, staff, and other experts reviewing proposals for campus design projects (anything from bike lanes and landscaping to entire buildings). When he graduated, he was still on the mailing list for projects, and decided to join the meeting about Munger Hall, which did not go like other meetings had in his experience. According to him, it felt more like a rubber-stamping process than an actual design review in which input would be taken seriously. 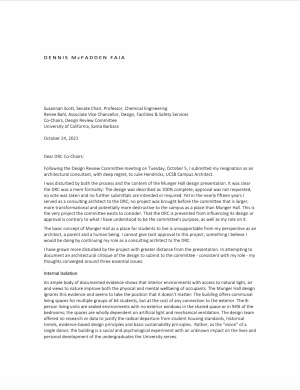 After the meeting, Dennis McFadden, a consulting architect on the committee, resigned over the project, and sent an email to the mailing list with Mark on it. This resignation letter went into a lot of detail about issues he had with the building and review process, and its author didn’t pull any punches: “the basic concept for Munger Hall as a place for students to live is unsupportable from my perspective as an architect, a parent, and a human being.” Similarly frustrated, Mark decided to post McFadden’s letter online, but he had no idea it would become such a big story, trending first on reddit then trending on social media and news sites around the world. 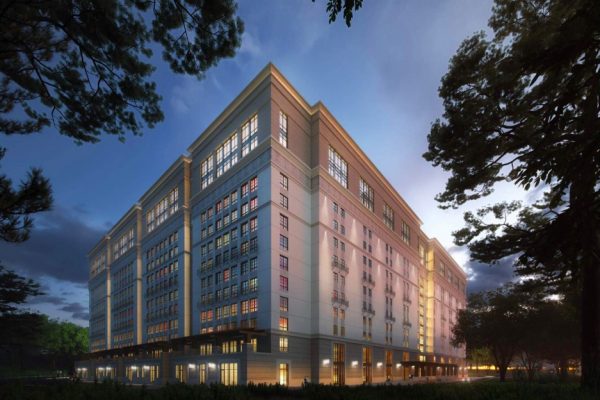 Despite all of this, Mark’s views on the project aren’t as one-sided as one might expect from critic. It’s not that there are things he likes about the building design itself, but rather the fact that it does at least attempt to address a huge student housing crisis on campus. Just to put the scale of this in context: the whole UC system had to put more than 15,000 students on a housing waitlist this past fall. So stopping this project entirely in its tracks could be problematic, too.

The influence of the ultra-rich on our educational institutions is becoming increasingly contentious. And it’s probably safe to assume that Munger’s status and wealth coupled with his outsized role in the design process helped this story go viral like it did. Ideally, these more fundamental and systemic issues should be addressed, but for now, Munger Hall might be the least bad available option.