Shortly after listening to episode 104, Tunnel 57, I came across a segment of the Berlin Wall standing in a tight corner of Chicago’s Brown Line train station. 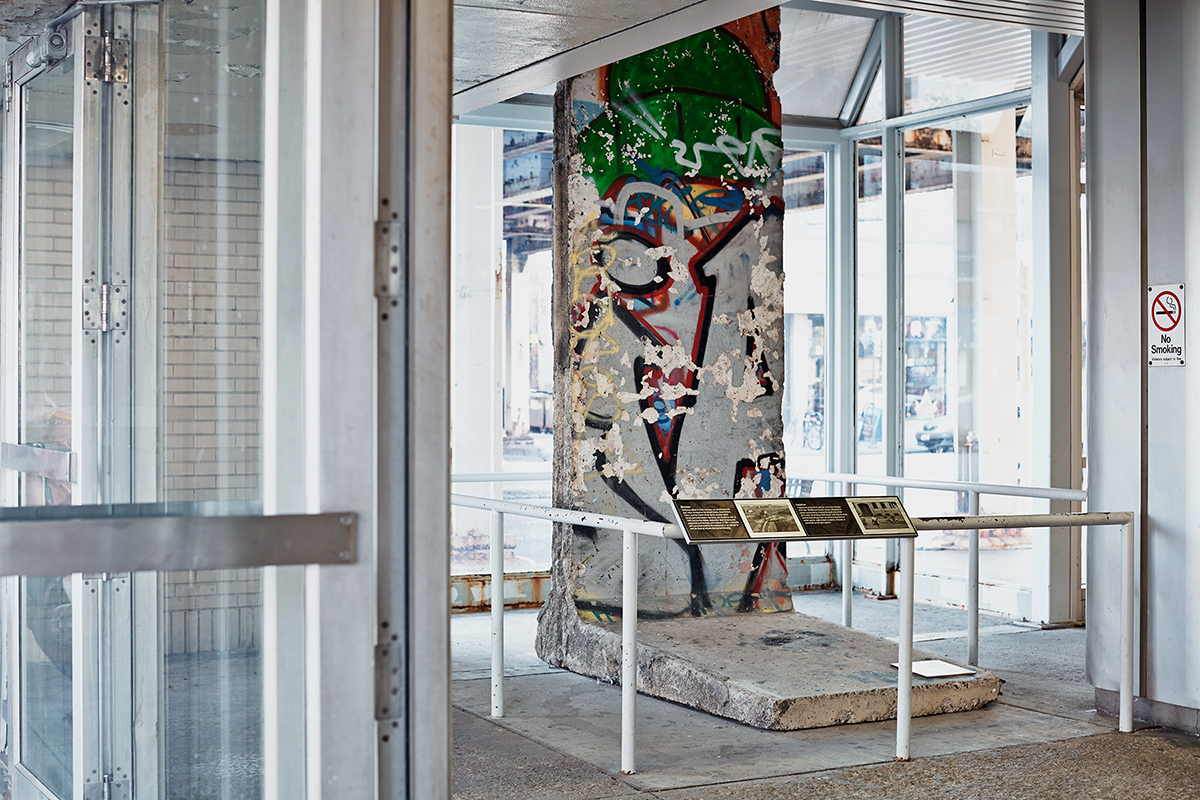 This particular segment was given to the citizens of Chicago by the city of Berlin in 2008. You can read the plaque on Wikipedia. The wall was constructed in phases, and this segment went up between 1975-1980, at least a decade after Ralph Kabisch and his colleagues dug the tunnel that helped 57 people escape East Germany. 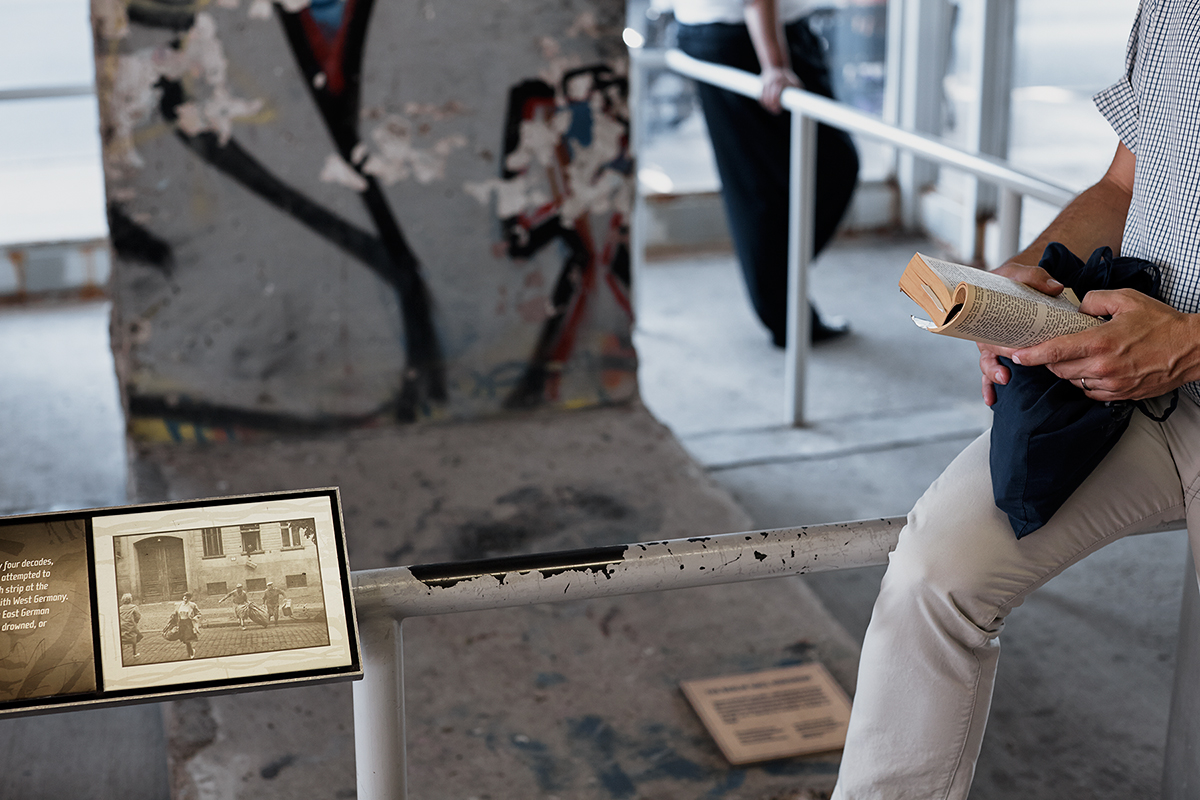 In the episode, Ralph Kabisch and his colleagues began tunneling in a defunct bakery, located near one of the wall’s most fortified areas. The Chicago segment, standing between Dunkin’ Donuts and a stream of subway passengers, ironically reminds me both of the bakery’s strategic role and the tunnel’s careful engineering.

Looking at the wall, I imagine the phantom space between East and West Germany and the contested soil once beneath the wall. 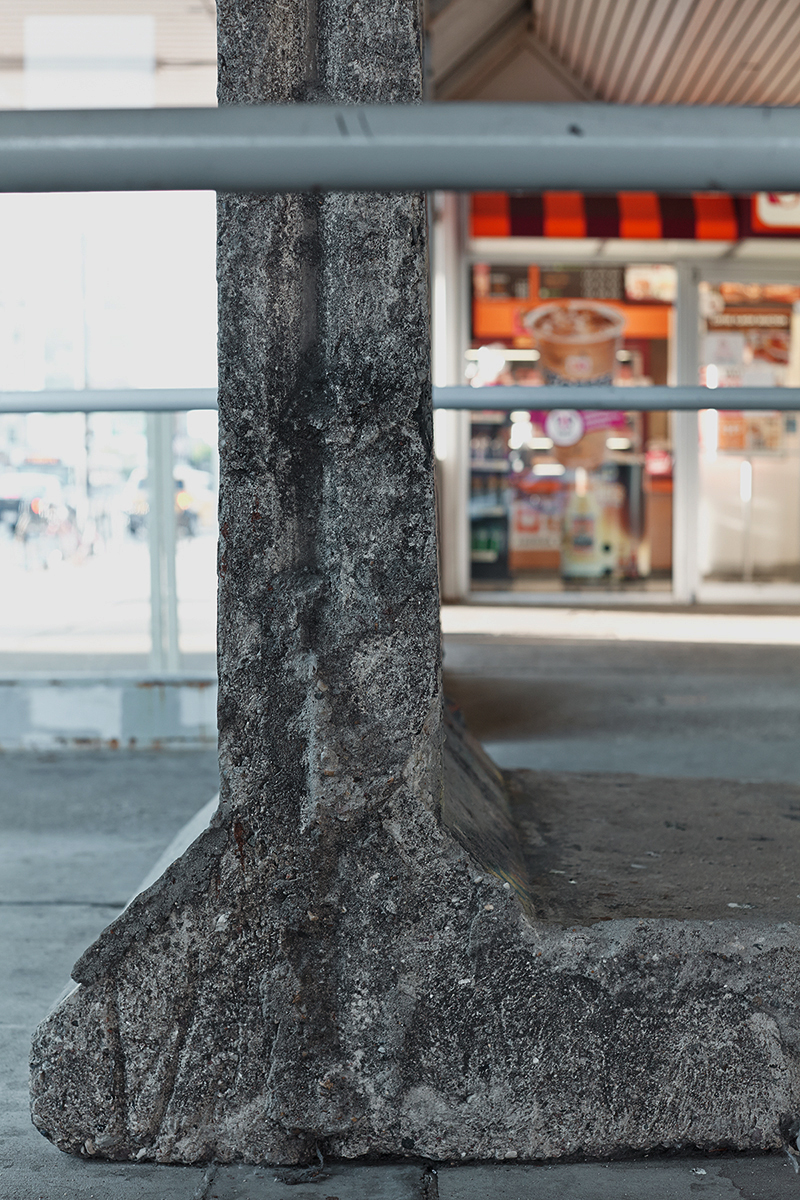