For episode 122, looking at Good Egress, of old. 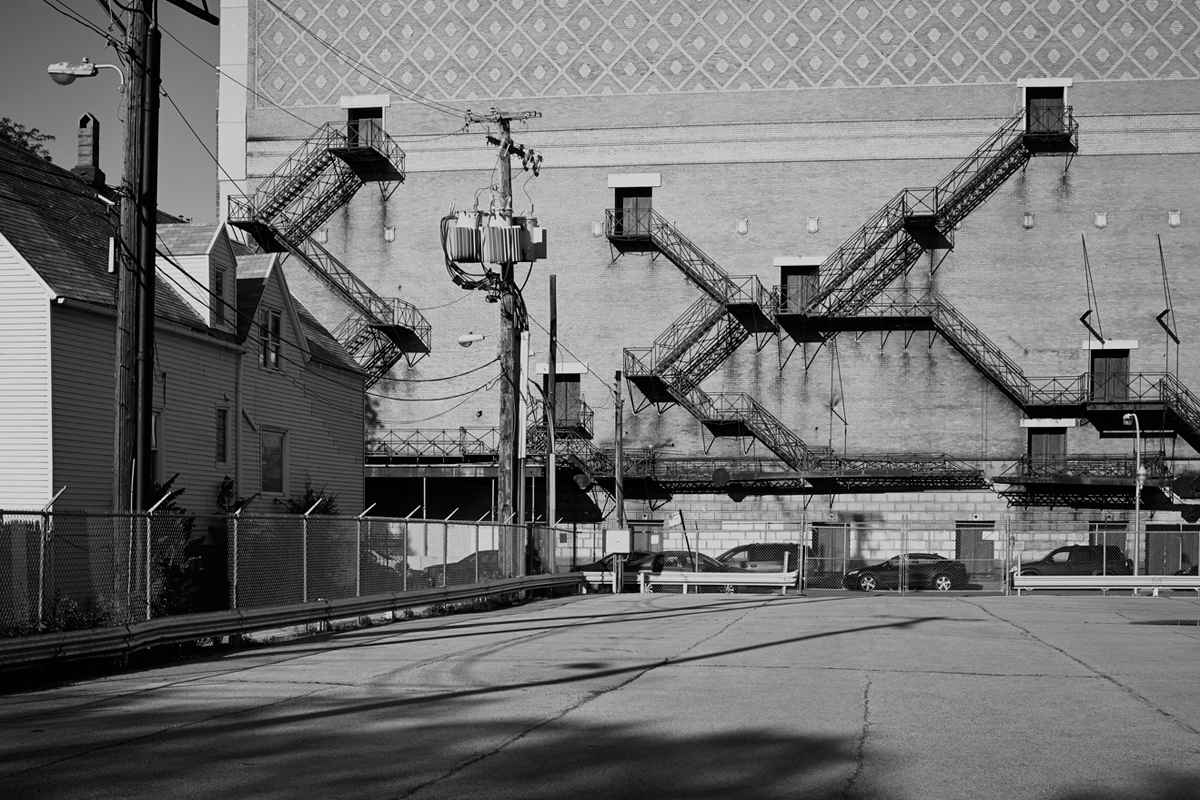 The west facade of the Uptown Theatre, pictured here, has always captured my imagination. It’s not ornate. It’s not grand, but it is dramatic. The fire escape cascades down an otherwise blank wall and I have imagined the unfortunate event that would bring people pouring out of what looks like a Rube Goldberg contraption.

The Uptown Theatre, designed by Rapp & Rapp, opened to the public in 1925 as a movie palace boasting “acres of seats in a magic city”. It’s a mammoth venue for the era. The lobby ceiling is five stories tall. The interior accommodates over 4,300 people.

In 2002 a female peregrine falcon and her mate nested in the fire escape of the Uptown Theatre. The theater had been closed to the public for 20 years by the time the falcons found the fire escape. They raised chicks from this roost for nearly a decade. 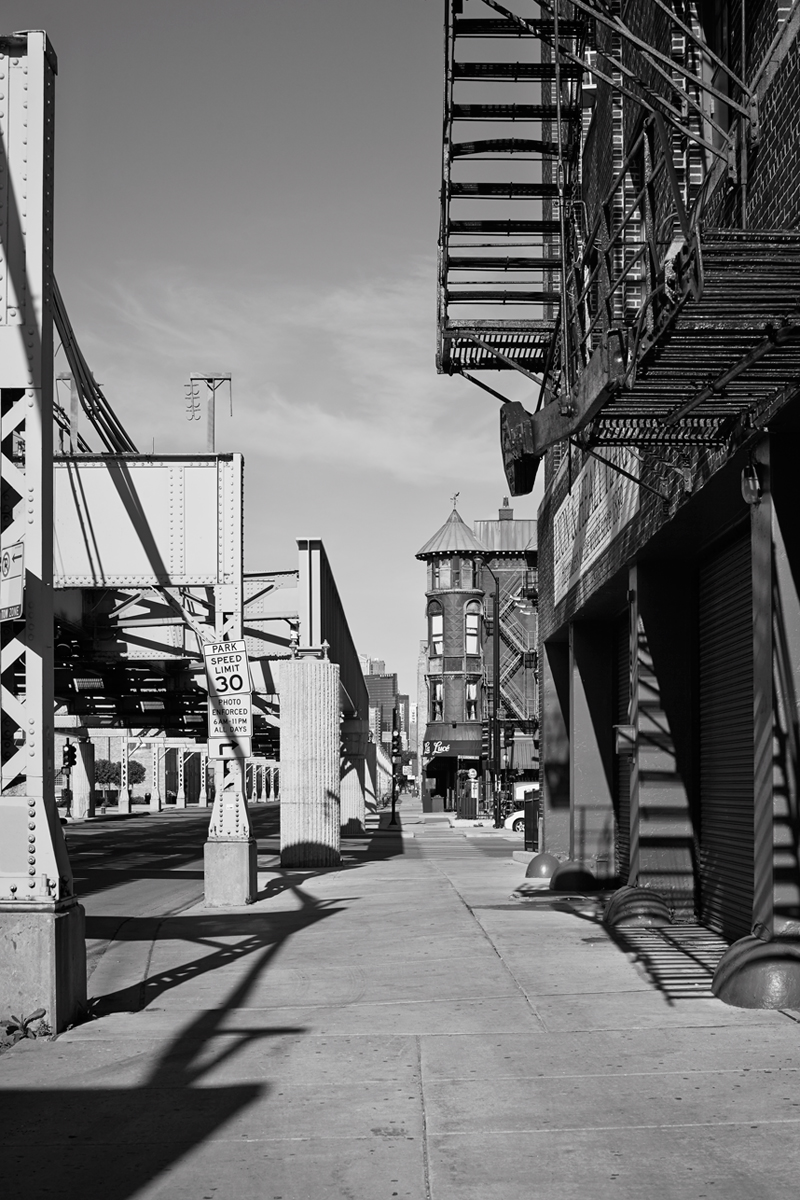 The fire escape in above photograph services the Lyon & Healy harp factory. The company was founded in 1864 (happy 150th!), first selling sheet music, then making a variety of musical instruments, and finally specializing solely in the craft of harp building. They have not always been at this location. Over the years the company has been in at least two fires, if not four, including the Great Chicago Fire in 1871.

Across the street is a dainty fire escape on a Queen-Anne Victorian building, dating from 1892, that now houses several residents and an Italian restaurant on the ground floor.