It sounds more like an impossible paradox than a design problem: how do we map a spherical world onto a flat surface? Most people are familiar with the Mercator projection, a mapping technique dating back to 1569 on which many maps are still based today. 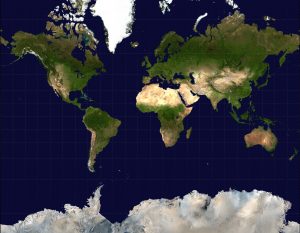 But that approach developed by Flemish geographer and cartographer Gerardus Mercator has limitations and creates significant distortions. Greenland and Antarctica look huge, for instance, while Africa appears small. This excellent excerpt from The West Wing illustrates some of the many obvious as well as subtle problems inherent in that projection:

Developed by Tokyo architect and artist Hajime Narukawa of the Keio University’s Graduate School of Media and Governance, AuthaGraph represents a novel solution to a centuries-old cartographic dilemma.

The map can be folded and fit into various shapes that simulate the steps of going from spherical globe to flat projection. Its unique geometrical approach reduces distortions but also physically illustrates why they form. Suddenly the world looks different — no longer a series of lined-up continents stretched to fit a vintage vision of the Earth. 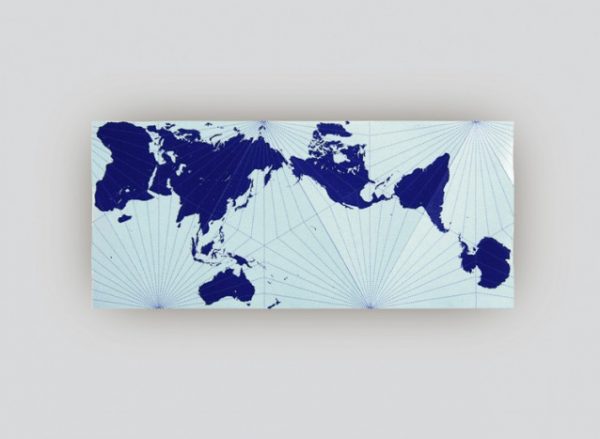 AuthoGraph also addresses some of the other issues raised in the West Wing clip above, like: always positioning North America in the upper left quadrant and Europe in the center of the map. While there is no natural ‘upper’ or ‘left’ to any mapping convention, mixing up this default can encourage people to rethink their place in the world. 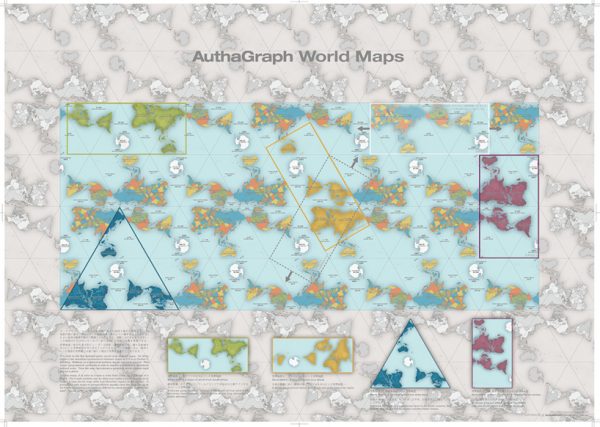 Earlier this year, the AuthoGraph project won Japan’s Good Design Award, beating out over 1,000 other entries in a variety of categories. Variations on the map, the first iterations of which were developed in 2009, can also be found in Japanese textbooks.

99% Invisible
Maps, They Don’t Love You like I Love You

From its creator: “This original mapping method can transfer a spherical surface to a rectangular surface such as a map of the world while maintaining correctly proportions in areas. AuthaGraph faithfully represents all oceans [and] continents including the neglected Antarctica. These fit within a rectangular frame with no interruptions. The map can be tessellated without visible seams. Thus [this] world map provides an advanced precise perspective of our planet.”