In the late 1800s, Fusajiro Yamauchi founded Nintendo Koppai, a gaming company that would eventually produce some of the world’s most popular and influential video game consoles. But at the time, his venture was not an innovative technology endeavor. Instead, it tapped into a low-tech tradition of making and selling hand-crafted “hanafuda” (or: “flower cards”), subversive decks that were originally created to get around a strict and sweeping policy of Japanese isolationism.

When the Portuguese arrived on the shores of Japan centuries earlier, they had brought a number of influential things with them, from foreign products to religious beliefs. But on an early ship that landed in 1549, missionary Francis Xavier carried along something smaller and seemingly more innocuous: a deck of 48 suited playing cards.

These cards proved to be portable and easy to learn — and to use for gambling. Over time, a traditional Japanese game of matching artistic images on shells called Kai-awase followed suit — a card-based variant of this game reflected the growing popularity of decks.

As Spanish and Portuguese influence grew, however, it was increasingly considered to be a threat to the stability of the shogunate. So when Japan largely closed its borders to foreigners in 1633, any cards that could be traced to these Western influences were banned. This Sakoku (“closed country”) policy of Japanese isolation persisted for centuries. 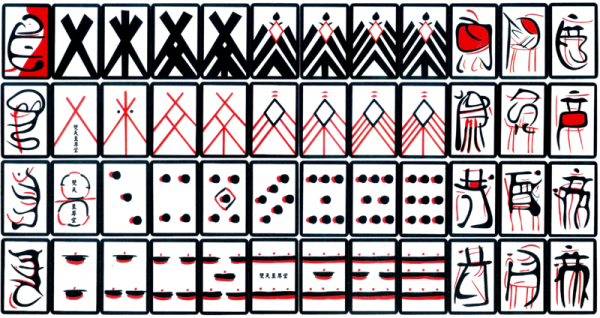 Various new card decks were developed during this isolationist period, but many of their designs followed the same basic format as the “ombre” deck first brought by Xavier: 48 cards spanning 4 suits. Others branched off from this baseline, but still used suits and a similar number of total cards, tracing back to those European decks. Generally, these new decks were forbidden once they became too popular, leading designers to create variants that appeared more Japanese.

“Hanafuda” represented one such novel approach. It was still aimed at getting around bans, but it also referenced Japanese aesthetic traditions through its art and iconography. These “flower cards” featured nature scenes rather than numbers. In a typical deck, twelve suits represent different months, and each suit contains four cards (a twist on Western traditions). Still, these were banned in the mid-1800s. Within a few decades, though, that prohibition was lifted as the country slowly opened its borders up again to outside influences. 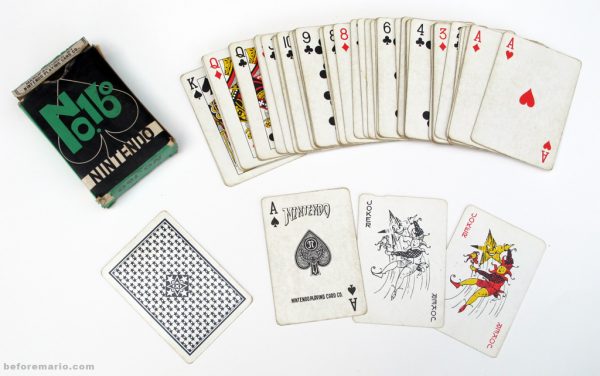 A few years later, in 1899, Yamauchi saw the ban repeal as a business opportunity and founded what would become known in English as “The Nintendo Playing Card Company.” He started with custom “flower cards” that were hand-painted on mulberry bark, featuring natural subjects matching different seasons of the year. Initially, these decks were sold out of small shops, mainly in Kyoto. 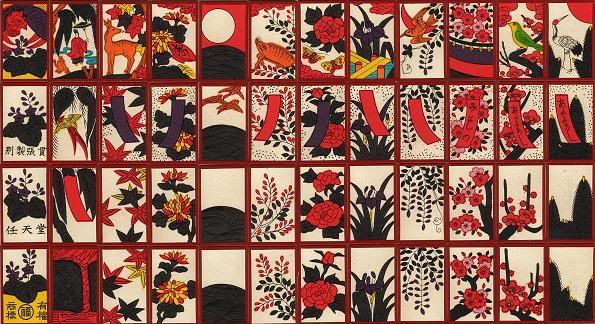 Nintendo decks grew popular with the public, and in Yakuza gaming parlors. The company expanded and went on to produce other kinds of decks as well, eventually including European-style ones.

While Nintendo gaming has shifted focus, the company still produces hanafuda cards in Japan, presumably more to honor the legacy of its founder than to profit from analog games. A few years ago, it even released a Mario-themed deck, bridging past and present.

99% Invisible
Biomimicry: How Designers Are Learning from…

Biomimicry: How Designers Are Learning from the Natural World