A recurring theme in Fujimoto’s work is the “primitive future.” This apparent contradiction refers to the primordial, intuitive moments that reconnect us with our own humanity, and open us up to new possibilities. SOU FUJIMOTO: FUTURES OF THE FUTURE invites viewers to participate in Fujimoto’s thought experiment surrounding the possibilities of architecture, and as a result, be inspired to reimagine the future in any shape or form. 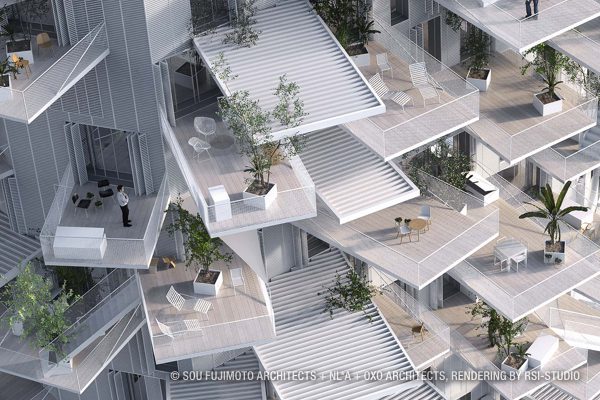 Fujimoto addresses many opposite concepts in addition to the “primitive future.” His designs often feature juxtapositions of outside and inside, nature and urbanity, objects and spaces, public and private. His work also considers the macro and micro: when does an object become a space? What is the distinction between a building and a city? 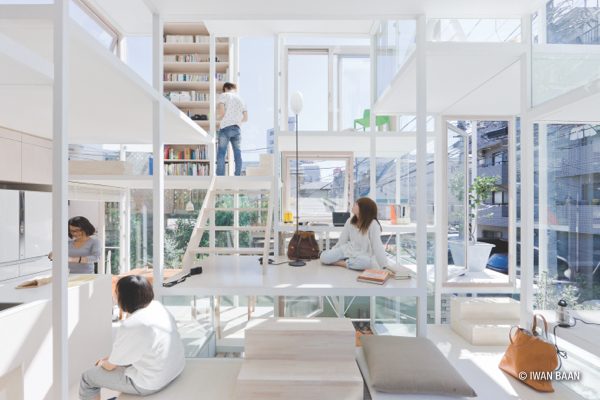 The exhibition includes Museum in a Forest, where a path gradually leads visitors from a lush, green woods to the white walls of a gallery; Toilet in Nature, where public and private are brazenly mixed; House NA, where an accumulation of small, modular spaces forms a visually arresting family house, which pours directly out into the Tokyo street; and Serpentine Pavilion, where hard-edged white poles descend onto a London park in a pattern that is simultaneously natural and mechanical. It somehow manages to be part of the landscape, functional furniture, and an enclosing building at once. 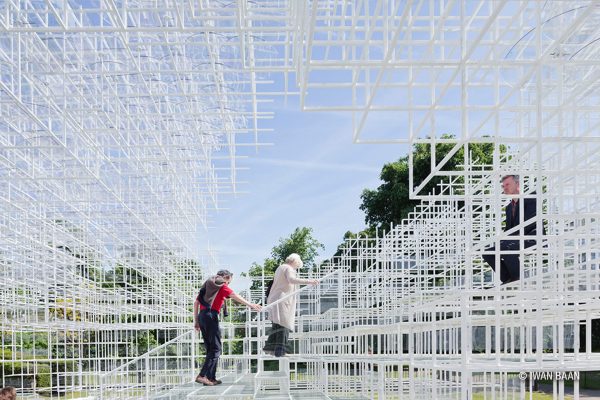 The exhibition also includes several works from Architecture is Everywhere. This series presents miniature models created by placing small-scale human figures next to ordinary, everyday objects. The whimsical installation focuses on how architecture must be found (sometimes by chance) before it can be created with intent. 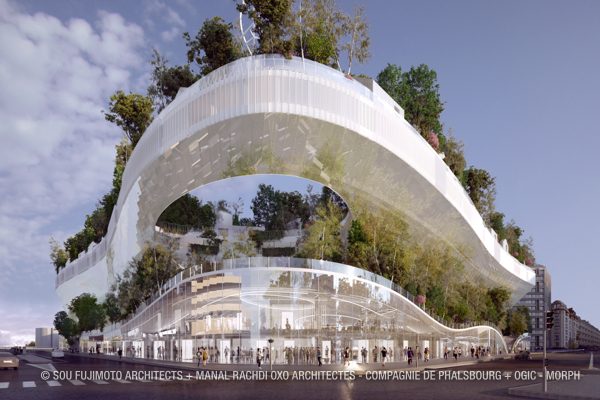 SOU FUJIMOTO: FUTURES OF THE FUTURE is on view at JAPAN HOUSE Los Angeles through December 12. Admission is free. For information on events, spaces and activities, visit japanhouse.jp/losangeles.

This post is sponsored by JAPAN HOUSE in Los Angeles.

Muriel Cooper: Designing a Bridge Between the Bauhaus & the Digital

If you “take all the strands that define... [Read More]

Introducing the All New 99% Invisible Store: Pre-Order Now for October...

Introducing the all new 99% Invisible store! The... [Read More]