If you “take all the strands that define contemporary media, technology, and design, and follow them back in time to their source,” suggests Pentagram’s Michael Bierut, “to your astonishment, you will find all the strands converge in a single person: Muriel Cooper. If today’s ever-expanding information universe began with one big bang, she was squarely at the center of it.”

Bierut would know: he worked on the design of the shape-shifting MIT Media Lab logo, which was inspired by Cooper’s graphic design work decades prior on the MIT Press colophon (which is still in use). Her seven-bar graphic was simple, a geometric abstraction of the letters ‘mitp,’ driven both by Bauhaus aesthetics and new technologies. 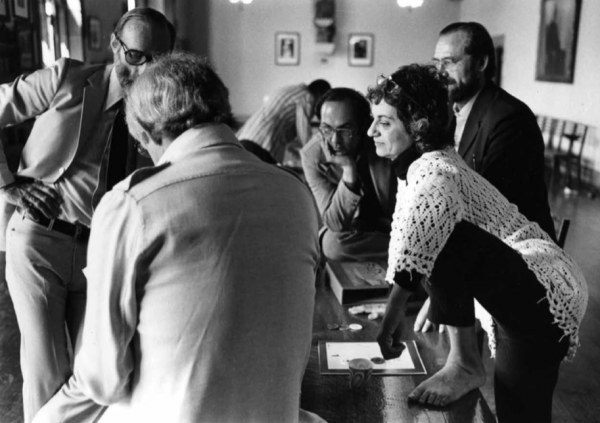 Cooper went on to do graphic design for The Bauhaus, published in 1969, as well as the controversial first edition of Learning from Las Vegas in 1972, a book still found in architecture schools to this day. She was the first woman granted tenure in MIT’s Media Lab, where she developed software interfaces and taught a new generation of designers. She also became the first design director of the MIT Press, which recently published a 240-page book about her life and work. 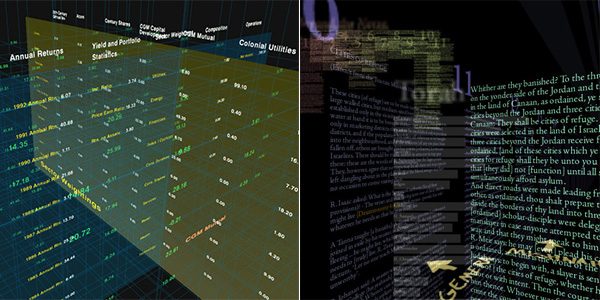 Muriel Cooper died in 1994 when the web was still in its infancy. But some of her most pioneering work focused on breaking two-dimensional planes in design, exploring 3D visions of cyberspace. In her own words, she was “always trying to push some more spatial and dynamic issues into a recalcitrant medium.” She saw fresh potential in emerging tech — “Print is rigid. Electronic is malleable.” 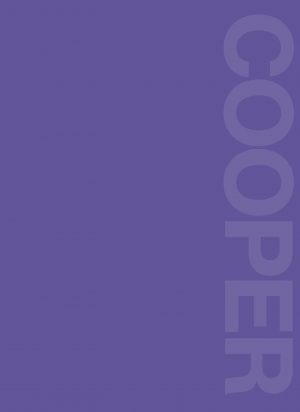 “I think she was the first graphic designer to carry out really profound explorations of the new possibilities of electronic media, things like 3D text” explains Bill Mitchell, dean of MIT’s School of Architecture and Planning. “She didn’t just see computer-graphics technology as a new tool for handling graphic design work. She understood from the beginning that the digital world opened up a whole domain” for designers to engage with.

Written by David Reinfurt and Robert Wiesenberger, the new Muriel Cooper (available from the MIT Press) is a “lavishly illustrated volume documenting Cooper’s career in abundant detail, with prints, sketches, book covers, posters, mechanicals, student projects, and photographs, from her work in design, teaching, and research at MIT.”

Muriel Cooper: Designing a Bridge Between the Bauhaus & the Digital

If you “take all the strands that define... [Read More]

Learn about School of Visual Arts’ courses, get... [Read More]