Straight lines might be logical, predictable, and efficient, but they are also completely “godless” — at least according to Austrian artist and designer Tausendsassa Friedensreich Regentag Dunkelbunt Hundertwasser (which translates to “Multi-Talented Peace-Filled Rainy Day Dark-Colored Hundred Waters” in German).

Hundertwasser made a name for himself, so to speak, with his psychedelic, whimsical paintings and his public speaking engagements that he would sometimes deliver completely naked.

As a proponent of radical human expression, Hundertwasser sought to create structures that were free from straight lines, which he saw as constricting and devoid of organic elements.

This is Hundertwasser’s “Green Citadel,” in Magdeburg, Germany. It’s mostly bright pink, but the name comes from the lush plant life embedded into and atop the building.

The interiors are similarly freeform.

The Green Citadel stands in stark contrast to the rest of the city. Magdeburg is in former East Germany and most of the buildings there are Soviet-style block architecture.

Hundertwasser was trying to completely reimagine humanity’s relationship with architecture.  He wanted to blend the natural environment with the built environment, and so in addition to the vegetation planted all over his buildings, Hundertwasser constructed wavy, undulating floors, and penned a “moldiness manifesto” that called for humans to celebrate the occurrence of “spontaneous vegetation” in their homes.

Hundertwasser even proposed indoor composting toilets for his buildings, but those turned out to be a hard sell for his financial backers and never actually came to fruition.

All of the natural elements in Hundertwasser’s architecture were meant to foster creativity in the building’s tenants, and Hundertwasser even encouraged residents to modify the buildings to their own tastes. One such way was what Hundertwasser called a “Fensterrecht” (or “right of window”). Residents, Hundertwasser said, should be free to lean outside their windows and decorate them however they want, as far as their arms could reach.

To date, only one resident of the Green Citadel has exercised his (or her) Fensterrecht

In many ways Hunderwasser’s wild buildings are like concept cars or high fashion pieces. Just like a three-wheeled car with a bubble roof, or a six-foot-tall fur hat, these wild, asymmetrical buildings are not meant for the mass market. They serve as a radical step forward, to push the boundaries of “normal.”

You certainly wouldn’t want a house full of mold, but just try to find an urbanist these days who is not all for green roofs. That’s what the big-talking, naked-speech-giving, manifesto-writers of the world are for.

Hundertwasser was also a vexillologist. This is the flag he proposed for New Zealand, which is arguably better than their current design. 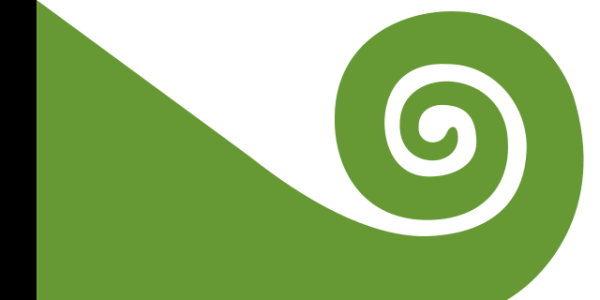 Previous Episode: Port of Dallas
Next Episode: For Amusement Only

From too-small balconies that don’t really work to... [Read More]

When a building is lost to history, we... [Read More]