Back in 2015, an historian working for Idaho Fish and Game came across an old archived video from 1948. The film had been mislabeled and remained misfiled for over half a century. It was titled Fur for the Future — and it’s all about Idaho’s practice of relocating specific mammal species for conservation purposes – including muskrats, martens, and beavers. It starts off simply enough, explaining conventional relocation projects. But then it takes a strange turn into a particularly strange and ambitious program that involved dropping beavers out of airplanes in boxes with parachutes attached. 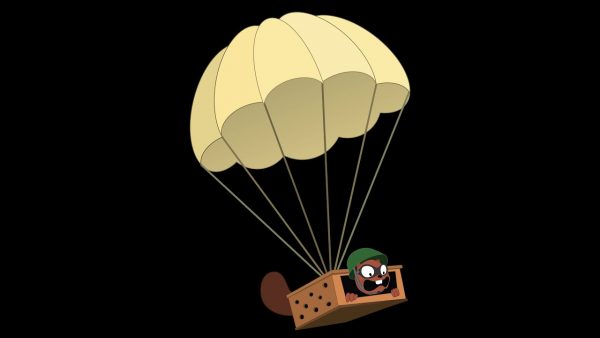 By this point, it had become really clear that beavers were hugely important to ecosystems – establishing and maintaining wetlands, reducing erosion, creating habitats, and so on. But since the arrival of colonists, the American beaver population had dropped from hundreds of millions to around 100,000 at the turn of the 20th century. So building their numbers back up was both challenging but increasingly seen as a vital effort, worthy of some serious endeavors like this one. 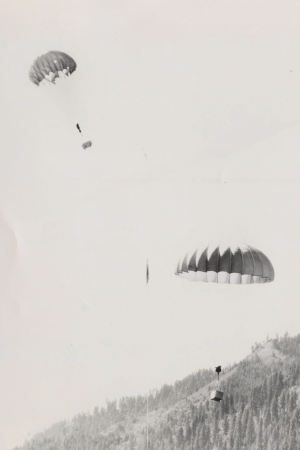 This was the Postwar Era, so the project designers found they could secure some World War II parachutes for cheap. With those in hand, they had to design a beaver delivery box that would open once it landed. They considered using an easy-to-chew wood, so that beavers could chomp their own way out… but realized that could pose a problem if they got out before being dropped (or while in midair!). In the end, they used a simpler mechanism to pop the lid open upon a (gentle) impact.

But before dropping dozens of beavers into the wilderness, they tested their setup a number of times with this beaver aptly named Geronimo. Apparently, Geronimo got so used to these flights he started just waiting for the crew to come pick him back up after each landing.

Thanks in part to these tests, they determined that the optimal altitude for a drop was between 500 and 800 feet, ideally in low-wind conditions and set about implementing the plan. In pairs, they dropped a total of 76 beavers, all but one of which landed safely and went on to repopulate the area and reshape the landscape around them.