Charles and Ray Eames were two of America’s most influential Modern designers. In the mid-1900s, they made all kinds of architecture, products, graphics, films, toys and furniture, including an iconic lounge chair. This lounger very distinctive, featuring a molded plywood frame set on a metal base and usually topped with black leather upholstery. There are plenty of knockoffs of that chair and its matching ottoman. 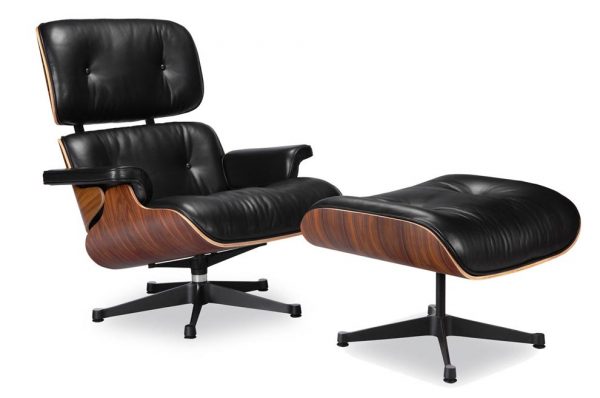 Charles Eames once said that this 1950s lounge chair was designed to be soft and cushy because he was sick of people complaining about how uncomfortable modern furniture was. And some of those complaints were a response to another bestselling series of molded plastic and fiberglass chairs the Eameses designed a few years earlier. 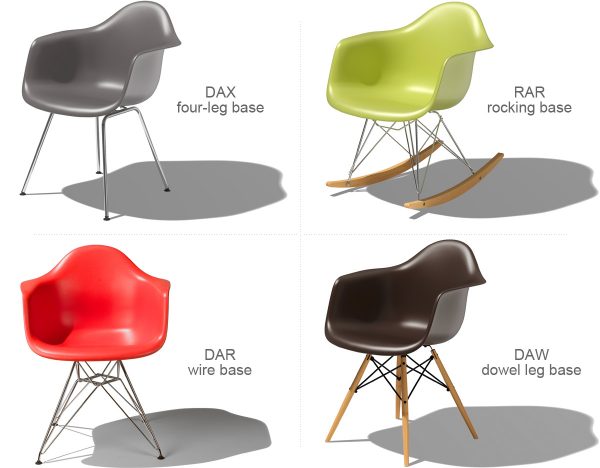 These were modular, featuring a curved seat shell (with or without arms) and various bases. Buyers could pick a base for the home or for the office, something minimalist or something more stylish. But the chairs weren’t just designed to look nice. They were also meant to be affordable and functional, low-cost and easy to mass-produce. The first prototype was built for an International Competition for Low-Cost Furniture Design hosted by the Museum of Modern Art in New York. 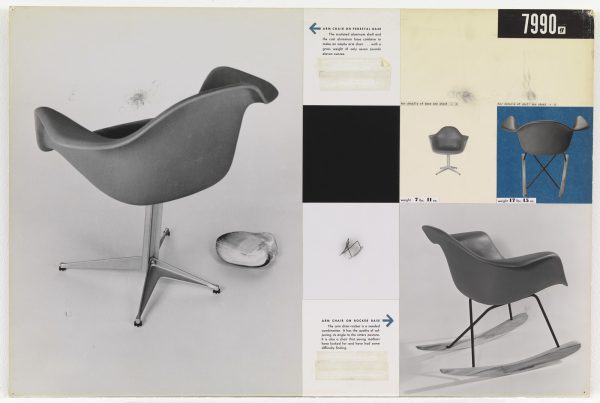 The chair took second place. Some have speculated that although the jury was impressed by its modularity, they may have questioned the use of stamped steel for this first prototype (which was expensive and difficult to produce, requiring high pressures and temperatures). After the competition, the Eameses switched to fiberglass-reinforced plastic. 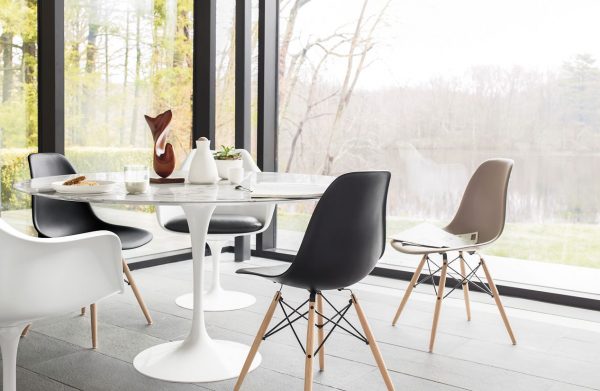 And while this chair was, by design, much simpler to make than the famous 77-step Emeco 10-06 chair, the two have some things in common, including the fact that companies love to make knockoffs of them. The Eames chair with an “Eiffel Tower” base — a set of four legs with thin criss-crossing metal connectors — is copied in part because the Vitra-licensed originals can cost over $500. Protection laws vary, so whether these various copies are legal depends on the place. 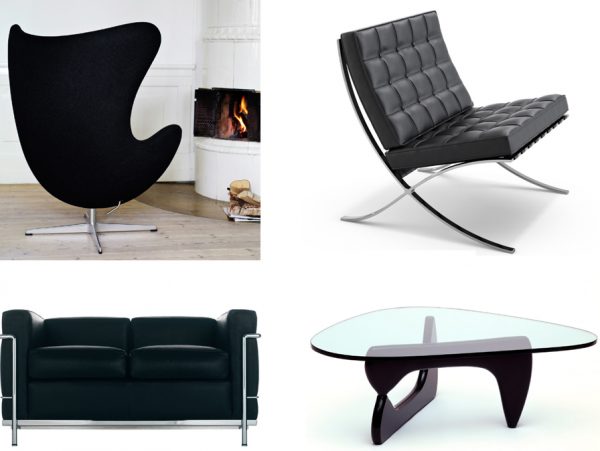 In the U.K., for instance, it used to be that copyright lasted for 25 years from the date of creation. But in 2016 they changed the rules, extending protections up to 70 years after the death of a creator. And that shifted the copyright status of lot of Modern classics, including Eames chairs but also the Arne Jacobsen Egg Chair, Mies van der Rohe’s Barcelona Chair, Le Corbusier’s LC2 sofa, Isamu Noguchi’s glass coffee table and others. And Vitra, the company that owns the rights to the molded Eames chairs, was a big force behind this change.

A lot of people rushed to buy replicas ahead of the British law going into effect. And when Aldi started advertising a “pair of retro-style Eiffel chairs” (that look a lot like Eames chairs) for under $100 in the UK, it went viral and there were opinions on all sides. Some argued the design should be protected, but an architecture and design critic who writes for the Guardian defended the retailer, asking: “Isn’t this exactly what Charles Eames would have wanted?” Of course, Charles and Ray have passed, so we’ll never be sure, but one might wonder if they would have seen the copies as more “real” than “fake” in some sense. After all, mass-accessibility was a big part of the original design intent.