I spent 7 hours in the Benito Juarez International Airport waiting for a connecting flight on Saturday, so I had plenty of time to think about episode #32 Design for Airports. In the episode, we hear from Allison Arieff about challenges and futures for airport design, using T2 at SFO as an example.

Mexico City also has a T2, completed in 2007 by Serrano Architects & Associates. T2 MEX is a post 9/11 terminal but it still has nearly as many shops and restaurants on the landside as on the airside. I found that very confusing. (Be sure to listen to the episode to learn what land- and air- sides are, if you haven’t already.) Something that wasn’t confusing, but totally cool, was the cadre of wheelchair bound employees checking ID and boarding passes at security, a unique employment program for people with disabilities which was implemented when T2 MEX opened. 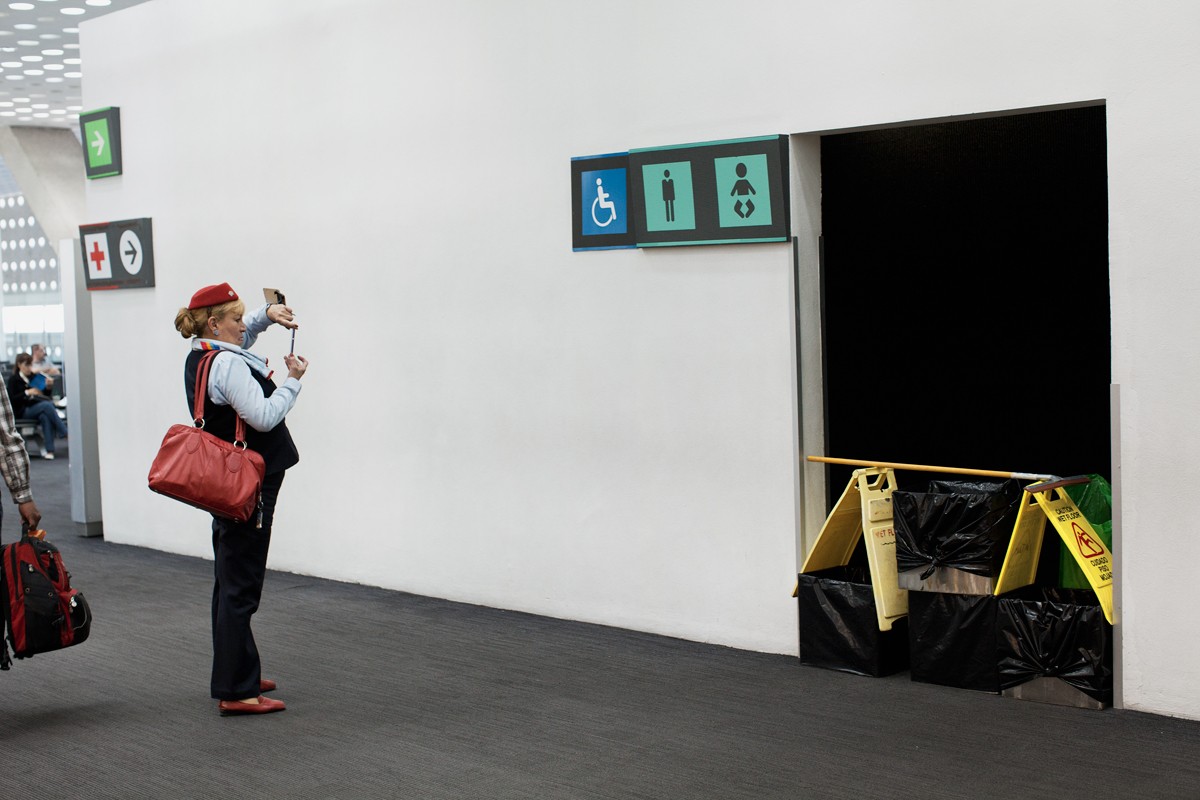 Around 4 PM I was photographing an artfully built barricade blocking the entrance to the men’s bathroom. A middle-aged Aeromexico flight attendant approached me. “Do you work for a magazine. What are you photographing?”. “The barricade,” I replied, pointing to the bathroom, “it looks like a sculpture”. “Oh!” she smiled, walking away and positioning herself to take a picture of the barricade, too.

Around 7 PM I met a geologist. He was busy mapping mineral data to determine investment potential for a new open-pit mine in central Mexico. His flight to Montreal, Canada was scheduled to depart at 1:30 AM. 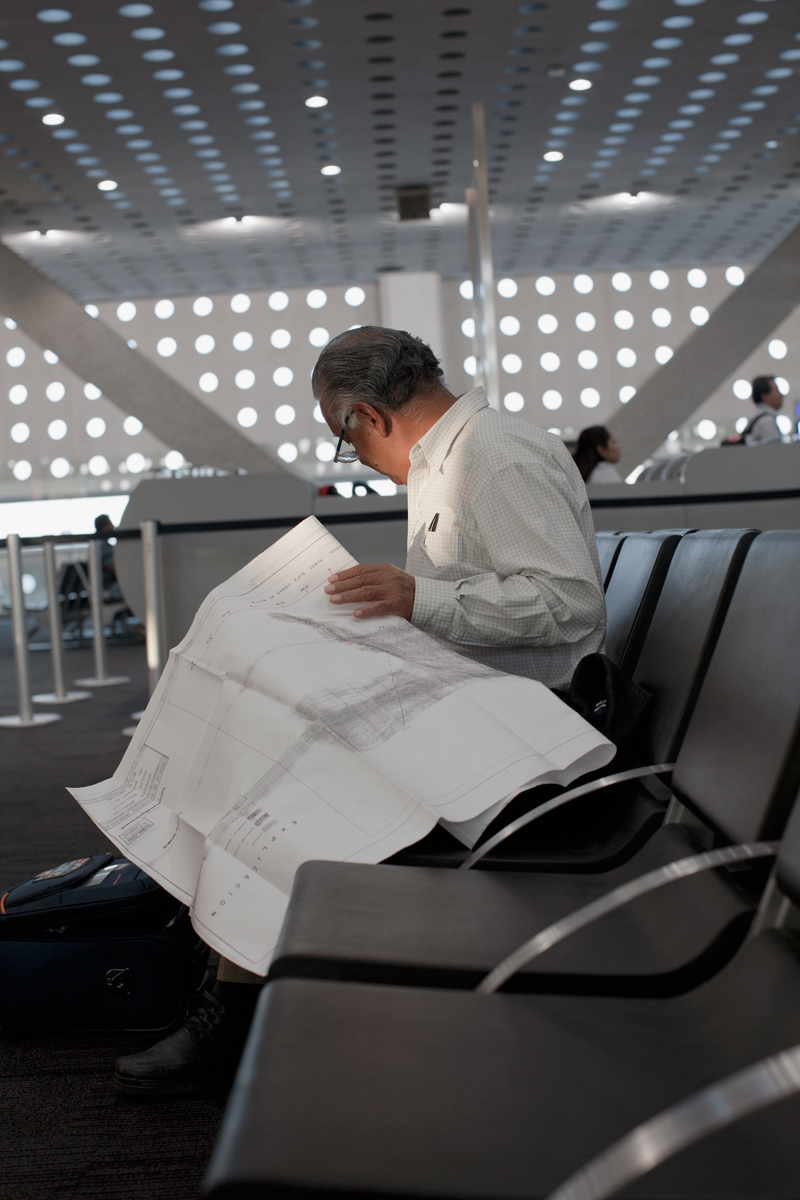 Last month the Mexican government unveiled plans to build an entirely new international airport. British architect Norman Foster of Foster + Partners and Mexico City-based Fernando Romero of FR-EE won the bid. Fernando Romero is the son-in-law of Carlos Slim Helú, one of the world’s richest men. (Carlos Slim Helú and Bill Gates are on a tetter-totter for the title depending on where the market closes on any given day).

An hour before boarding my plane a group of students took over the waiting area. It seems they are at the center of Mexico’s new design for airports, in more ways than one. 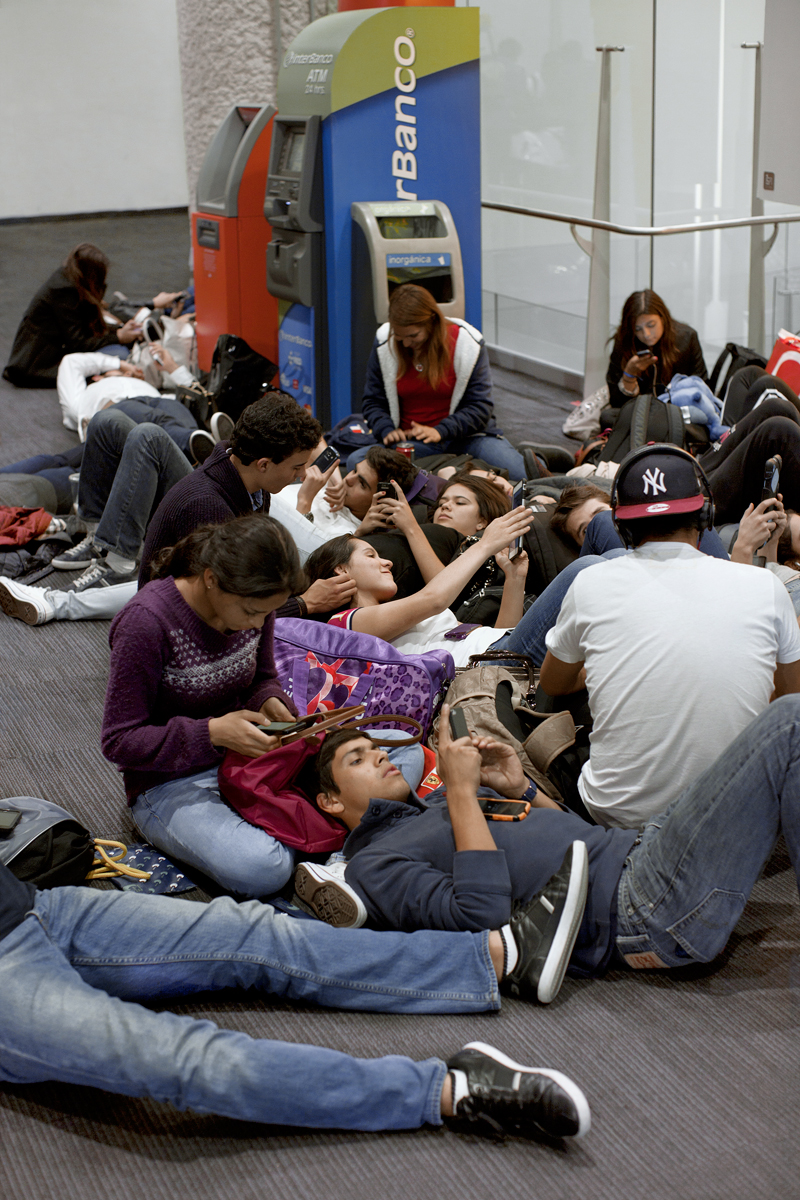 On a totally different note, we’d still like to see YOUR photographs inspired by Lights Out. Send us your pictures of the city (any city) at night—lights on OR off. Have a listen to the episode and then send images to our Flickr Group, email them to [email protected] or put them on Instagram with the hashtag #99PI. We’ll curate and present our favorites on our Instagram and Tumblr.