Episode #80 An Architect’s Code reveals that vision is power.  The episode focuses on a Northern California prison called Pelican Bay, but we learn that most, if not all, historical and contemporary prisons leverage sight as a means of social control.

Alcatraz Federal Penitentiary (1934-1963), like Pelican Bay Prison, functioned more like a medieval dungeon than a jail. All incoming inmates were placed into month-long solitary quarantine. Solitary confinement was, moreover, used as punishment, and accordingly there were several cells to fit each crime. The Hole, for instance, was devoid of light and significantly colder than the other quarantine chambers. 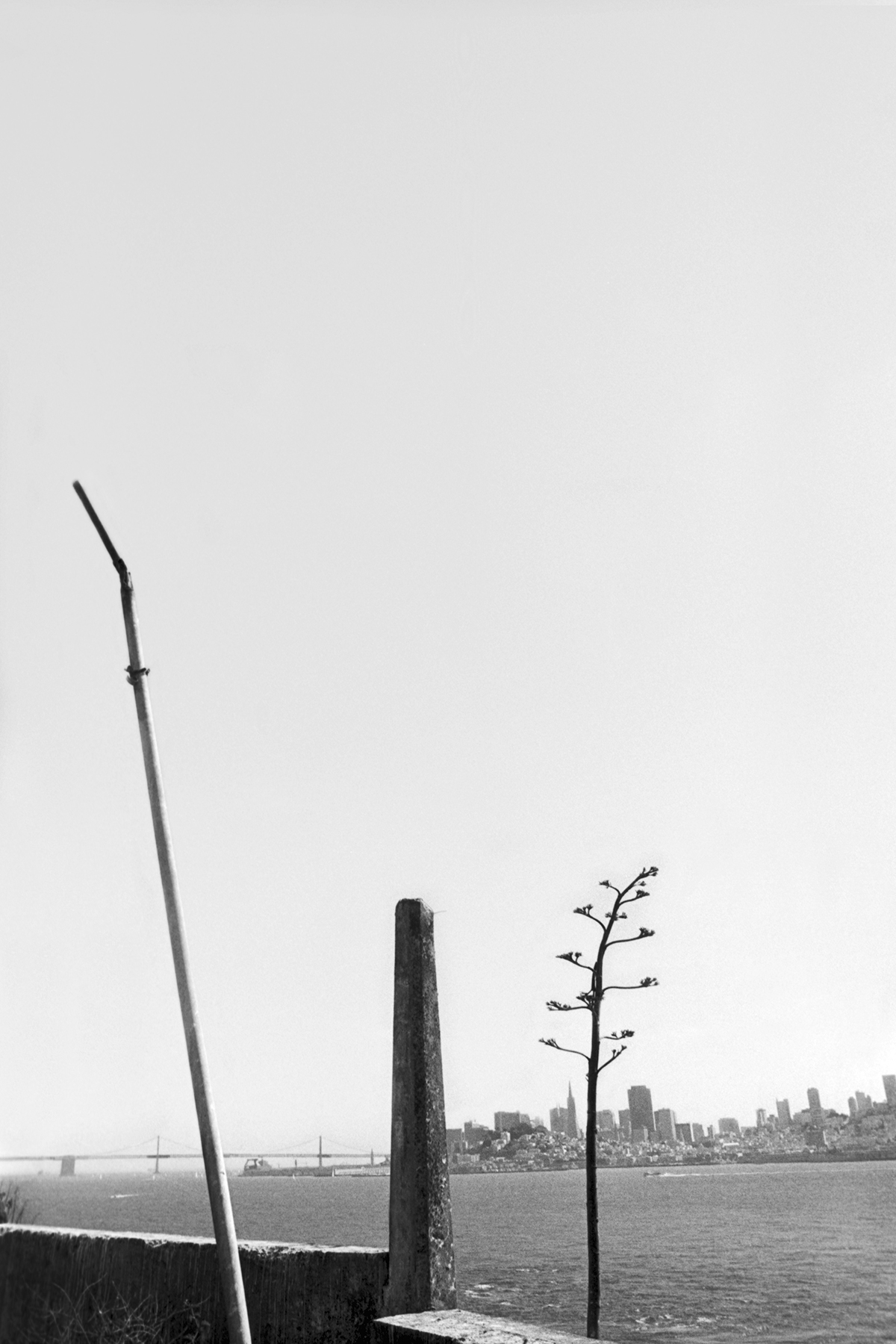 I made this photograph while walking the southern edge of Alcatraz Island. I was attracted to the three vertical forms, each representing a different type of fortification. The askew metal pipe (c. 1934) is a remnant of the metal barricades that once surrounded Alcatraz Federal Penitentiary. The concrete post (c.1924) is a former light pole built along the seawall. And the blooming century plant is one of many making up a sharp mesh covering the island. The century plant appears in photographs from the 1890s, but the majority of the plants along the south cliff were introduced in the 1920s and were used to control erosion and deter prisoners.

I imagine most prisoners, at some point, dream of escape. Alcatraz is particularly infamous for its escape stories. Despite the barriers along the island’s perimeter, prisoners, when not in solitary confinement, were still able to see and hear San Francisco from across the frigid, turbulent waters. Being able to see a horizon and sense the city nearby might have been tempting to potential escapees, but these elements also might have been some of the more humane aspects of the prison, especially when compared to places like Pelican Bay State Prison.