The Power Icon by Kurt Kohlstedt 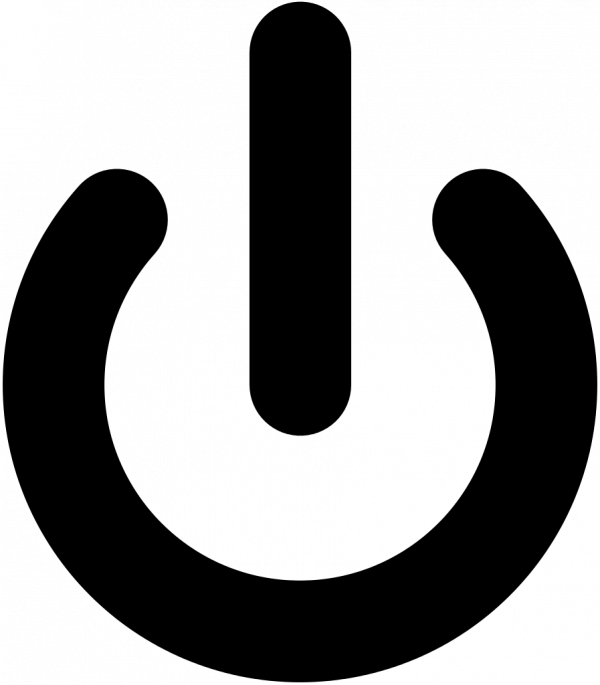 High beams, lower battery, on, off, play, pause, risk of electric shock and fragile: handle with care — these apparently disparate designs have a lot more in common than people generally realize. Most of the symbols you see on appliances, automobiles and other gadgets made since the mid-1970s, including the computer “Power Symbol,” can be traced back to a single document. Published by the International Electrotechnical Commission, ISO 7000 / IEC 60417, or, more conventionally, “Graphical Symbols for Use on Equipment.”

At a glance, this rather technical document looks as dense and confusing as it sounds, but the icons featured in the collection are designed to be simple and universal — a modern hieroglyphic system for the whole world. These standardized graphics were made to be understood across languages and cultures. Some, like play, pause and stop, predate the set and were simply incorporated into it. Others, though, like the ubiquitous “Power Symbol” and a number of its variants were designed specifically for inclusion and have since gone global.

The iconic “Power Symbol” consists of a line emerging from a circle and it often appears on buttons designed to toggle the power state of a device, like a computer, turning it off or on. The design is derived from the numbers 1 and 0, which respectively mean “on” and “off” in binary and variants on the design have proliferated, too, like switches labeled with a separated line and circle — the line, or 1, symbolizes “on, “while the circle, or zero, symbolizes “off.”

Like other symbols developed or included by the IEC, this particular icon design evolved in response to the increasing globalization of various technologies. Not only are the words “on” and “off” a too English-specific solution, but printing out whole words also takes up a lot of space on our ever-smaller devices. As exports and imports of electronics grew during the 20th century, words were increasingly replaced by symbols. The now-popular “Power Symbol” icon also appears on shirts, logos, cufflinks, album covers, and even tattoos.

Ultimately, users don’t need to understand the origin story of an icon to get what it means — once one gets the meaning from context, it is obvious on subsequent encounters. Still, like learning Latin to better understand modern languages, a more fundamental grasp does help explain what these other power-related buttons do, too. Once one understands that a line means “on” and circle means “off,” other symbols make more sense, like “Power On-Off Symbol” (a line completely enclosed within a circle), which is often used as a single button that toggles between fully on and fully off states versus just active and standby modes. In 2015, a campaign was launched and the proposal accepted to add this and other power-related characters to Unicode.