Infrastructure makes modern civilization possible. Roads, power grids, sewage systems and water networks all underpin society as we know it, forming the basis of our built environment … at least when they work. 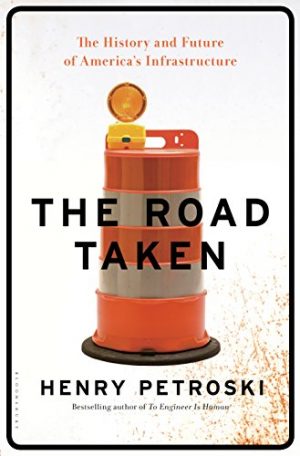 As Henry Petroski documents in The Road Taken: The History and Future of America’s Infrastructure, physical infrastructure in the United States is in an ongoing state of crisis. The American Society of Civil Engineers recently gave American roads and bridges dismal letter grades of D and C+ respectively. Their report describes roughly sixty-five thousand bridges in the United States as being “structurally deficient.”

Petroski, a professor of civil engineering and history at Duke University, notes that while the concept of infrastructure is universal our current use of the word itself is actually relatively new. In America, the old phrase “public works” became associated with pork barrel spending and fell out of favor in the latter half of the 20th century. Politicians had developed a reputation for swapping favors and funds for support on public works legislation, trading votes and cash to get things done.

Infrastructure graft and corruption peaked publicly on October 10, 1973 when Spiro Agnew became the second Vice President to resign the office. His resignation came in the wake of a bribery scandal. These bribes were not tied to his federal position but rather to his time as governor of Maryland and infrastructure projects he was illegally paid to promote in office. In fact, Agnew was in a much greater position to participate in such schemes as a state official rather than a federal one: states and municipalities are largely responsible for roads in the United States.

Article 1, Section 8 of the US Constitution states that the federal government can build “post roads” (meaning routes for the post office to operate effectively) but no other kinds of roads are specified. When a bill was passed by Congress in 1817 that approved the funding of internal improvements in the country (like roads and canals) it was vetoed by then President James Madison because he saw it as unconstitutional. While the federal government cannot take charge of state roadway and bridge projects, it does provide a level of support and standardization (in part by leveraging national gas taxes).

Standards for center lines, for example, help keep lanes apart while sidelines help drivers stay on the road at night. Keeping these the same from state to state makes interstate driving smoother.

Originally roads had no lines at all, leading drivers to hug the center and contributing to head-on collisions. Over time, standardized solutions helped make driving safer both locally and nationally.

Likewise, with numbering systems, the federal government has played a significant (albeit less physical) role. East-West highways are assigned even numbers and North-South highways are given odd ones, all of which help people navigate within and beyond a given state. Three-digit numbers for interstate highway beltways let drivers know they are on a loop, neither N/S or E/W (e.g. I-494 circles around Minneapolis, connecting to East-West I-94 above and below the city).

The federal government also helps the highway network by giving money to states to assist with ongoing construction and repairs. Unfortunately, the gasoline tax, which feeds a highway trust fund, hasn’t been keeping up with the needs of the national road network.

In a sense, the federal government is working against itself: it relies on gasoline to generate needed funds but is also encouraging fuel-efficient electric and hybrid vehicles, which consume less gas. The gas tax has also not been raised since 1993, reinforcing the problem.

States are thus facing tough choices about what to do on a local level. Some are increasing state-specific gas taxes to compensate. Others are implementing special taxes (e.g. per mile) on efficient vehicles in an attempt to get more money from more fuel-efficient cars and trucks.

The cycle of politics, at both local and national levels, also contributes to short-term thinking with respect to road and bridge infrastructure projects. Asphalt, for instance, has a shorter lifespan than concrete, but politicians looking at the next few years tend to opt for the former over the latter due in part due to cost.

Some municipalities are even un-paving roads, reverting them to dirt and gravel, as a cost-saving measure. For low-traffic roads, this can work from an engineering point of view, though the sustainability of the practice is questionable. Also, it can annoy citizens, kicking up dust and slowing down drives.

Some communities are particularly conscientious about infrastructure. Small towns responsible for their own roads, for instance, often pay closer attention and know the parties in play (local contractors).

Even in larger cities, critical infrastructure failures can lead to fast, decisive and effective action. When the I-35W bridge collapsed in Minneapolis, Minnesota, a replacement bridge was put in place on budget and on time. On the one hand, the turnaround was impressive. On the other hand, it underscores the crisis of American infrastructure.

Aside from simple stability, there are also questions of aesthetics and costs when it comes to things like signature bridges. The Golden Gate in San Francisco is quite beautiful but it also came in on budget.

Nearby, however, the recently rebuilt East Bay span of the Bay Bridge is arguably a nice work of design and engineering, but its expressive form has contributed to budget overages. Anything that is fundamentally new and different tends to add costs, in part because it requires working out novel solutions on the engineering side of things.

In some cases, it is hard to say in advance whether a more sophisticated design will pay off, but another California bridge shows that it can. The Sundial Bridge appears to have been worth the added investment. This cable-stayed bridge for bicycles and pedestrians spans the Sacramento River in Redding and forms a giant sundial. It was designed by starchitect Santiago Calatrava and completed in 2004. 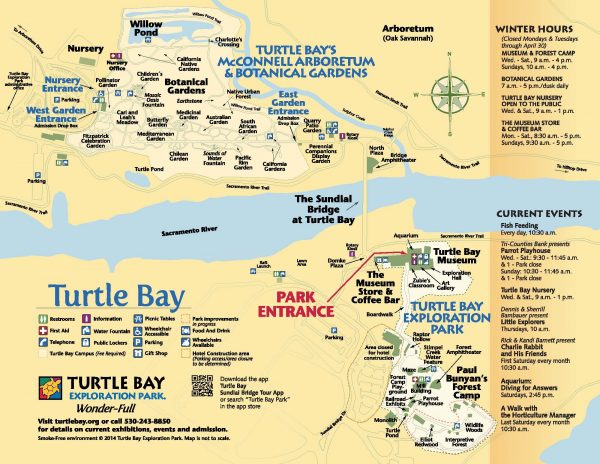 While it cost a controversial sum of $23,000,000 (nearly ten times the initial budget), post-construction analysis suggests it may have been a wise choice in light of tourism dollars generated. In the fiscal year following its opening, the adjacent Turtle Bay Exploration Park saw a 42-percent increase in its visitation. In 2011, Redding’s city manager stated that the bridge “continues to generate millions of dollars worth of commerce and tourism each year.”

In theory, infrastructure is a bipartisan issue – everyone wants roads and bridges to be nice, safe and smooth. In practice, big infrastructure projects tend to go over budget and lack accountability. Arguably this is both a political and cultural issue: we as a nation need to become more invested in our infrastructure, financially and emotionally. Perhaps it is time to reclaim the term “public works” as a reminder to politicians and citizens alike that these projects are undertaken by and for the people.

Previous Episode: On Average
Next Episode: Making Up Ground