Self Sabotage by Kurt Kohlstedt

Jagged concrete protrusions span for miles along the Swiss Alps. They have been cheerily dubbed “Toblerone Lines” after the famous Swiss chocolate maker, but they serve a serious purpose: they’re made to stop invading vehicles from pouring over border hills and mountains. These are also part of a larger system for enforcing Switzerland’s famously neutral stance, much of which is largely invisible by design. 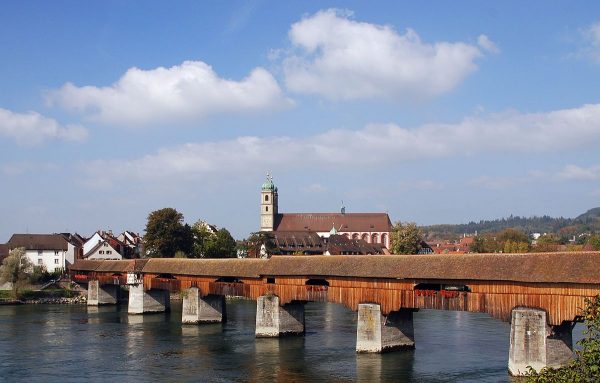 Take the Säckinger Bridge, for instance, which was built in the 1200s then rigged during the 20th century to explode on demand. The idea was to detonate it if needed to deter invaders. Rigged bridges like this one were also backed up by hidden artillery to hinder repairs. The idea was that the Swiss could retreat up into the mountains as a last resort, and reduce their own infrastructure to rubble on the way out. 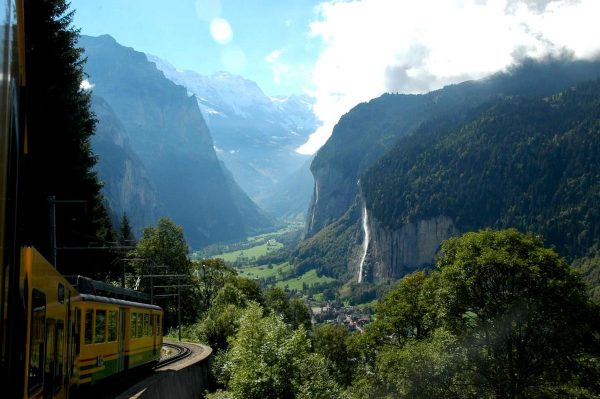 In La Place de la Concorde Suisse, John McPhee describes in detail how the built and natural environments of this small European nation were extensively weaponized. Along the Alps, the insides of some mountains were carved out to create bunkers and supply storage spaces while their exterior slopes were rigged to trigger landslides. Railroad and highway tunnels were designed to be destroyed, too. For much of the 20th century, Swiss infrastructural engineers were tasked with a dual mandate — they had to make functional and durable structures but also incorporate methods for rapid demolition into their designs.

By the 1990s, the Swiss Department of Defense was in charge of over 30,000 defensive structures and objects, not including the country’s numerous bunkers. Underground Swiss shelters started to become a defense focus in the 1930s as the threat of international war loomed large. Indeed, extensive Swiss military preparations coupled with the daunting topography of the Alps presumably deterred potential Axis invaders threatening the country during World War II — would-be attackers feared an endless guerrilla war. Heading into the Cold War, the Swiss continued to expand national defenses, including bunkers.

Switzerland would eventually build out enough bunker space to house the country’s entire population with room to spare — with a buffer of over 10%, no other country’s shelter capacity comes close. The government’s argument for this was that safety from nuclear attack was every citizen’s right. Some shelters were situated in the basements of churches or hospitals or other community buildings, but others were massive and sophisticated, like a rail tunnel that could be sealed off at each end and then be used to house 20,000 people in a crisis situation.

While many of these efforts were hidden belowground or in everyday infrastructure, some were camouflaged in plain sight — vernacular architecture has played a prominent role in Swiss defense. Across the countryside, many structures that look like quaint barns or traditional homes were designed to house everything from bunkers to anti-aircraft guns, carefully concealed by expert builders and craftspeople.

Media attention and books like Christian Schwager’s Fake Chalets have helped make these buildings more of an open secret in recent years, in turn drumming up interest in preserving many of these facilities that no longer serve an official purpose. Over the last few decades, many military structures above ground and below have been declassified and sold off for reuse as homes, data centers, even cheese factories. Of course, no one knows for sure how many others remain classified.

Fun fact: Kurt considered including the story of Swiss defense in The 99% Invisible City, but the Camouflage section was already quite long, plus there was a similar essay in the book on Toronto substations.