As plastic bags grew popular in the 1980s, checkout clerks found themselves asking a new question that often divided urban and suburban shoppers: paper or plastic? City dwellers on foot tended to prefer plastic bags with their convenient handles, while suburbanites often opted for paper that would sit upright in the trunks of their cars. 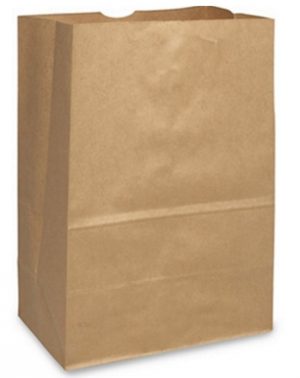 A few decades prior, stores and consumers had no real choice in the matter. Paper dominated supermarkets, and not just at the checkout counter. Meats, produce and other products were mostly wrapped in paper or boxed in cardboard. With the development of high-density polyethylene in the 1950s, however, plastics took off.

The result was a crude but effective bag, though it still lacked an easy method for carrying. One of its designers, Gustaf Thulin Sten,  however, came up with a critical improvement that would help push broader adoption: punching out gaps to create handles near the unsealed end, creating the so-called “T-shirt plastic bag” still common to this day.

99% Invisible
Shopping Around: How Folding Basket…

It took a while for this new style of container to catch on, but in the early 1980s, a few major grocery chains began adopting it. Within a few years, the majority of supermarkets had followed suit. By the time handles were added onto most paper shopping bags in the 1990s, plastic bags had outpaced their paper predecessors.

Cheaper, stronger and waterproof plastic bags still dominate most markets today (some estimates put production at one trillion per year), all despite environmental concerns. Many countries and cities are fighting back, though, with laws requiring retailers to charge for plastic bags and, in some places: outright bans on them. Gustaf Thulin Sten’s design ushered in an era of convenience, but also one of durable waste, much of which will not biodegrade for centuries to come.

“This is an issue that brings you face to face with the serious consequences of polluting the environment,” Barry Commoner, a leading environmentalist told the Los Angeles Times all the way back in 1986, as plastic bags were first taking over the market. “It raises the issue of public, democratic control of production decisions. In other words, does society really need plastic bags?” It’s still a good question.

Of course, paper bags also create a lot of waste. In the end, neither is really an eco-friendly solution — paper bags fired the first shots in the convenience war, then plastic escalated the conflict. The best option for de-escalation remains what it always was: actually reusing bags.