According to Exercising Health, a company that has studied the issue extensively, modern footwear has altered human running mechanics, resulting in mechanical strain from movement inefficiency. And non-optimal movement is a direct cause of injuries, as well as poor footwear choices making the problem worse. So while we think of shoes as essential, they are actually optional. Research also shows that those who run barefoot or in minimalist shoes can be up to 6.8% more energy efficient. This means in a marathon, the barefoot runner can run up to 2.9km further than their shoe wearing counterpart. 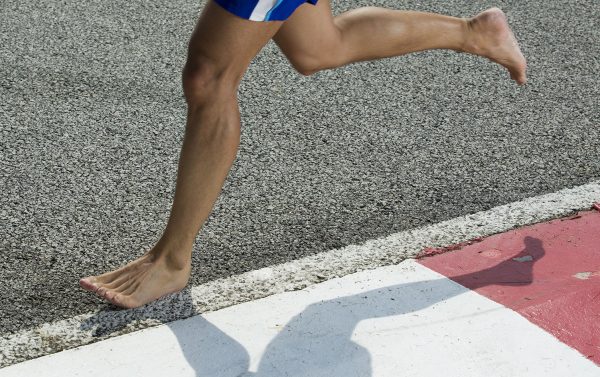 Barefoot runners tend to strike the ground with the forefoot directly under the center of mass (the hip). The angle and rotation of forces propel the runner forward as if someone were pushing them from behind. In contrast,  shoe runners predominantly “heel strike,” which sends breaking forces back into the body, and makes the runner then work harder as they overcompensate for forward momentum. Research shows that runners who wear thick padded heel sneakers are significantly more likely to heel strike because the thick heel pad comes into contact with ground before the forefoot. When running barefoot, the arches of the foot compress and flatten on impact causing your foot to act like a spring to propel you forward into your next stride. This happens after a group of senses under the feet detect the ground and are stimulated, which causes you to utilize all four muscles of your feet after the feet detect the ground. 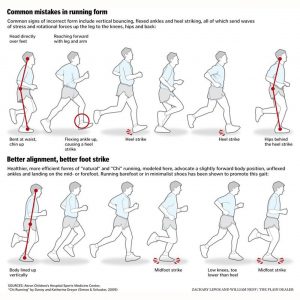 Marathon Runner Ryan Han, citing  Jim Hixson of the Natural Running Center, observes that “the running footwear market often swings from maximalist to minimalist …. Runners’ footwear, like anything, has its fads that fade over time.” In 2005, The Vibram Fivefingers toe shoe hit the market, sparking a ‘barefoot’ movement in fitness footwear. Even companies such as Nike and Brooks hopped on the bandwagon and contributed to the toe shoe dominating a sizable chunk of the  market. However in 2014, the toe shoe fad came to an end after the world discovered that Vibram’s dubious claims such as “toe shoes decreased foot injury” and “the toe shoe increased foot strength” was in fact essentially a marketing strategy. “When most runners originally tried minimal [toe] shoes for the first time, they were either unprepared or continued to run with poor technique and didn’t reap the benefits they thought were theirs.” Hixson said of the minimalist movement. “Some of these runners got injured because they transitioned too fast.” 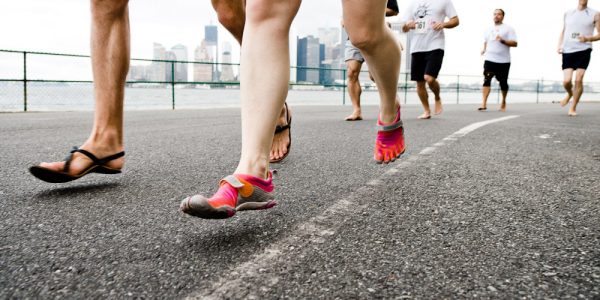 But maybe, just maybe, the designers of the minimalist shoe fad were onto something in attempt to challenge a much bigger paradigm beyond ergonomics in modern technology. For some designers, there seems to be an urge to question how we can better connect and ground our feet to the earth, like our ancient ancestors did. Randy Laist, a professor of English at Goodwin University in East Hartford, Connecticut, considers the shoe in terms of its cultural context:

The shoe, one of the oldest forms of human technology, is the prototype for all other technologies, a catch-all term for instruments and procedures that allow us to break ‘the surly bonds of earth’ and proceed into unnatural or unwelcoming environments. Vehicles such as cars, boats and rocket ships are like large shoes writ large. Spacesuits, hazmat suits and vaccines are like whole-body shoes. The media of language and art can also be thought of as technologies in this sense; like shoes, they also separate us from direct experience to provide us with a new, ‘heightened’ reality.

Because the human body has evolved to use the artificial object we call shoes, we have also adapted, becoming less concerned with the topography and textures o

f the ground beneath our feet. 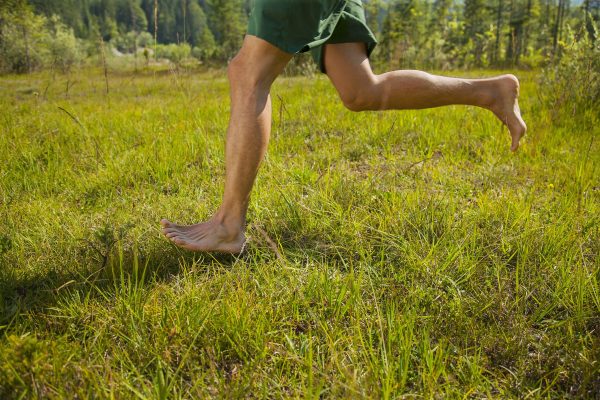 The shoe now also informs the possibilities of our physical navigation. Based on the shoe that we wear, we are limited to certain activities and projects. “Impractical and/or painful shoes, such as the heel, reduce haptic, spatial freedom https://canadianpharmacy365.net even more severely than being barefoot does, reinforcing the sense in which shoes act as a symbolic foundation for human identity,” writes Laist.

Culturally and linguistically, the shoe stands as a synecdoche of the wearer. For example, when we talk about being in “else’s shoes” or “what it is like to walk a mile in someone’s shoes,” we imply a question of stepping into a new perspective or persona.  Shoes, not the individual wearing them, have become stand-ins for who we are. As Jennifer Lopez sang: “Even if they try, they still can’t walk a mile in these shoes. They couldn’t even lace ‘em up right. Honey, these pumps are too big to fill. Ten million men can’t walk a mile in these shoes.”

Previous Episode: The Seven Bridge Problem: How an Urban Puzzle Inspired a New Field of Mathematics