The Ojibwe name for wild rice is Manoomin, which translates to “the good berry.” The scientific name is Zizania palustris. It’s the only grain indigenous to North America, and while it might be called rice, it’s actually not closely related to brown or white rice at all. It has long played an important role in Ojibwe cultures, but last year, Manoomin took on a new role: plaintiff in a court case.

It might sound unusual, but we’ve used conceptual versions of what a person is in law for quite some time — corporations, schools and law firms, for example, are all technically allowed to enter into contracts as if they were singular human beings. And while this environmental version of the concept is new to the American legal system, it has deep roots in Indigenous ways of thinking. 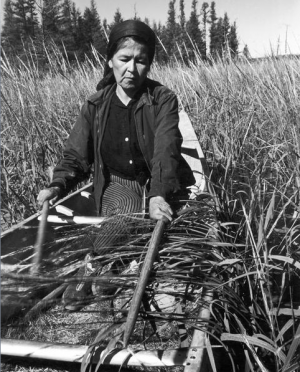 For many advocates, giving nature legal rights isn’t just about trying to protect the environment. It’s also about legally validating longstanding Indigenous way of thinking, specifically about the role that nature plays in everyday as well as spiritual life — by writing it into the law, you’re saying that you think nature’s personhood is just as valid as, say, tax law.

But while the concept of rights of nature is catching on all over the world, there’s a difference between the idea getting popular, and the idea actually working.  The one place that advocates can point to where these laws have made a clear impact is Ecuador — where a rights of nature constitutional amendment passed back in 2008. A few months ago, an Ecuadorian court ruled that mining in the Los Cedros Reserve would violate the rights of nature, and shouldn’t be permitted.

Meanwhile, in the United States, the manoomin case is currently making its way through the legal system. Tribal lawyers are confident about their case for a number of reasons. For one, they have a “rights of nature” law that’s already on the books. For another, manoomin is specifically protected in the treaty that the tribe signed with the U.S. government. And finally, the tribe is arguing that manoomin faces a clear threat, in the form of the Line 3 pipeline, owned by the Canadian multinational company, Enbridge. 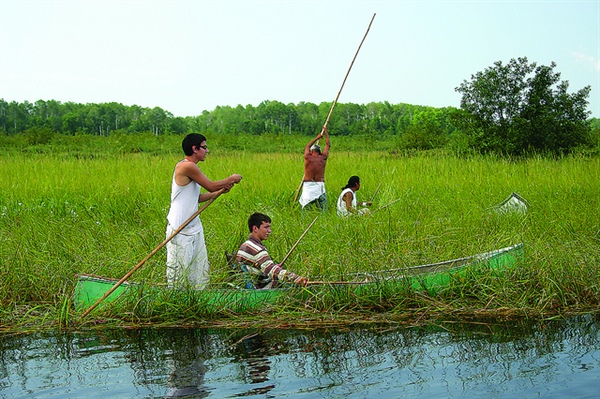 The case is also unique because tribal lawyers are attempting to bring the case in tribal court. Across the country, many tribes have their own courts, but that development is relatively new. Tribal courts typically hear cases about divorces and custody hearings, and courts have never been used in this particular way before. 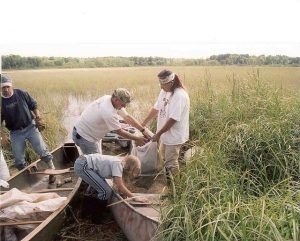 If wild rice prevails in this case, it could mean a few things for both the region, and the nation. The most obvious change would be to the local area — it would be a blow to the continued use of the Line 3 pipeline, which has been operational since October of last year. A court order could, hypothetically, force it to shut down entirely. But it could also change the ways that land is used and developed much more broadly.

First, there could be a push to cover all tribal land referenced in US agreements with indigenous people. Beyond that, environmental personhood could become law in the US, too, if all goes well. The idea here isn’t to actually protect each grain of rice, or salmon, or squirrel, as if it’s a human being. You can still hunt, or fish, or build, as long as, overall, it doesn’t infringe on the right of the natural system to thrive.

The actual specifics of these debates will always be tricky. Who’s to say whether the ocean wants an offshore wind farm that might overall decrease global warming? Who gets to decide? Whatever the answers, though, a voice for nature would help balance out corporate interests.

99% Invisible
The Future of the Final Mile

This is the fourth in a four-part series on the future of society as viewed through the lens of design, exploring how changes to the way we live, learn, work and play may shape our health and wellbeing in years to come. Don’t miss the other Future Of…. episodes on work, data and communication.

Previous Episode: Meet Us by the Fountain
Next Episode: Hometown Village