Indian philosopher and mystic Bhagwan Shree Rajneesh had a vision: he would build a Utopian city from the ground up, starting with 64,000 acres of muddy ranchland in rural Oregon.

Purchased in 1981, this expanse was to become both a fully-functional urban center and a spiritual mecca for his followers from around the world. 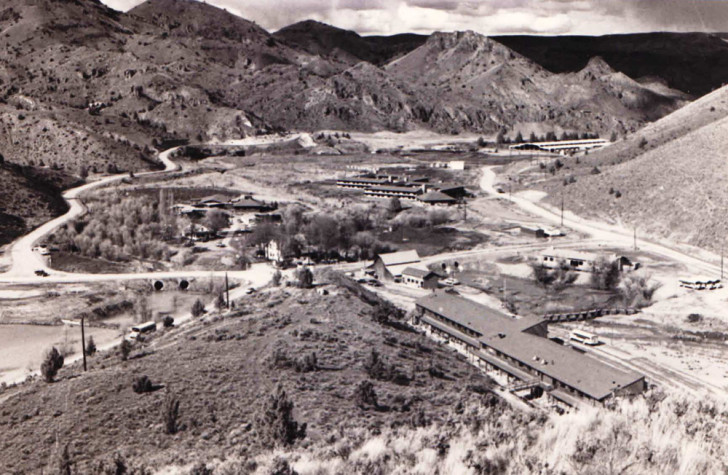 For this plan to work Rajneesh and his red-clad devotees (known as “sannyasins”) needed autonomous authority with which to construct their paradise.

Circumventing local land use restrictions was not a problem so long as their city of Rajneeshpuram was incorporated, which would allow them to issue their own building permits. Fortunately for them, the main requirement for incorporation at the time was a population of 150 people, which they met easily by importing more followers.

Funding flowed in to support construction from a global network of lucrative communes, as well as sannyasins who sold their earthly possessions and donated the proceeds toward the effort. These devotees were also taught that labor was a form of meditation, and willingly worked long hours to make Rajneeshpuram a reality.

With devoted laborers working to dam water, build power infrastructure, and construct buildings, a city quickly began to sprout from the soil.

Within a few years, the population jumped from hundreds to thousands and the city expanded to absorb newcomers. A mass transit system comprised of 85 school buses crisscrossed their modest new metropolis.

Bhagwan Shree Rajneesh himself, however, preferred to get around by car. He cruised the streets every day in one of his ninety-three Rolls Royces.

Having taken a vow of silence, he delegated the everyday operations of the city to a matriarchal council. His primary spokesperson was Ma Ananda Sheela, a woman who took on increasing amounts of authority.

While nearby communities and environmentalists had concerns about Rajneeshpuram throughout its evolution, those worries grew as the Rajneeshee began to harass the neighboring town of Antelope. Various intimidation tactics were employed in an attempt to take over the Antelope city council. The Rajneeshee were ultimately successful, and the town of Antelope was renamed Rajneesh.

This escalation caused further concern and led state and county officials to stall construction in Rajneeshpuram and call the legality of its existence into question.

Rajneeshpuram responded with more growth. Through a program they called “Share-A-Home,” Rajneeshpuram began to bus in thousands of homeless people from around the country, offering them places to live. They also encouraged them to vote in local elections. It would later come out that these new residents were drugged with a powerful antipsychotic called Haldol. Many such recruits left soon after they arrived.

In an even more desperate bid to block locals from voting a group of sannyasins poisoned a local salad bar with salmonella. No one died but 750 people became sick. . To this day the attack remains one of the largest act of bioterrorism on U.S. soil (see addendum).

Investigations began to unravel the city, one allegation at a time. Multiple attempted murders, forced sterilizations and the firebombing of the Wasco County Planning Department were tied to Rajneeshpuram. As new facts and accusations came to light, Sheela vanished and Rajneesh came forward in an attempt to deescalate tensions.

These efforts came too late. Rajneeshpuram was in a downward spiral, its disillusioned devotees leaving in droves.

Sheela fled and was tracked to West Germany then extradited to the United States and pled guilty to a series of serious charges. Today she lives in Switzerland and runs a series of nursing homes for the elderly and disabled.

Rajneesh was convicted of more minor offenses, was fined, put on probation and deported.

He returned to India and continued as a spiritual leader under the name Osho, dying less than a decade later of natural causes.

Rajneeshpuram was dissolved and its valuables auctioned off, including its founder’s collection of luxury cars. Its land and buildings now fall under county jurisdiction.

The meditation hall is now a sports complex and the old hotel a dormitory, all serving Young Life, a Christian teen camp. It remains a place for religious seekers, just not the kind who want to build a Utopia on Earth. 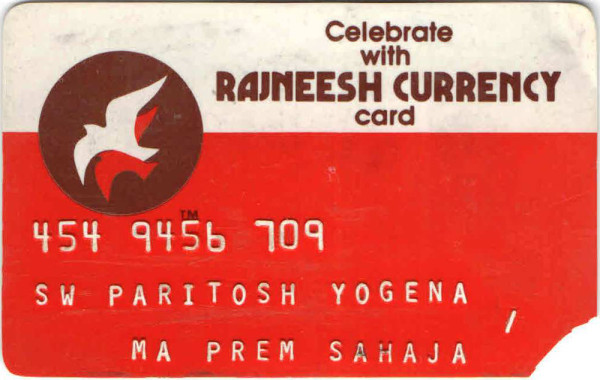 Correction: The radio story says that the Rajneeshee poisoning of a nearby salad bar was the largest act of bioterrorism committed on U.S. soil; the largest acts of bioterrorism were the intentional transmissions of infectious disease by early American colonists to Native Americans, as with William Trent’s gifting of smallpox-laced blankets to two Native American chiefs visiting Fort Pitt in 1763. We regret the error.