Kowloon Walled City was the densest place in the world, ever. By its peak in the 1990s, the 6.5 acre Kowloon Walled City was home to at least 33,000 people (with estimates of up to 50,000). That’s a population density of at least 3.2 million per square mile. For New York City to get that dense, every man, woman, and child living in Texas would have to move to Manhattan.

To put it another way, think about living in a 1,200 square foot home.  Then imagine yourself living with 9 other people. Then imagine that your building is only one unit of a twelve-story building, and every other unit is as full as yours. Then imagine hundreds of those buildings crammed together in a space the size of four football fields.

We can’t really imagine it, either.

Kowloon Walled City began as a military fort in Kowloon, a region in mainland China. In 1898, China signed a land lease with Great Britain, giving the British control of Hong Kong, Kowloon, and other nearby territories. But the lease stipulated that the fort in Kowloon would remain under Chinese jurisdiction.

Over time, the fort became abandoned, leaving the area subject to neither Chinese nor British authority. This legal gray zone was attractive to displaced and marginalized people. Thousands of people moved there after the war with Japan broke out in 1937. Even more people moved there after the Communist Revolution. It attracted gangsters, drug addicts, sex workers, and refugees. And it also drew a lot of normal people from all over China who saw opportunity there.

They built the city building by building, first blanketing the area of the fort, then building vertically.

Buildings were packed together so tightly in the Walled City that the alleys were nearly pitch-black in the day time. Electricity and water were brought in by illegal or informal means.

There was no garbage collection, so people pitched their trash out of their windows.

This sewer grate pictured above was installed to keep garbage from falling onto the roof of a temple, seen below.

The Walled City gained a reputation as a sort of den of iniquity — there were high levels of prostitution, gambling, mafia activity, and rampant unlicensed dentistry.

But an order did emerge. There was an informal kindergarten. A resident’s organization settled disputes. And there was lots of industry.

You could even receive mail in the Walled City.

But the memory of the city lives on. It was featured in the non-verbal film Baraka and plays a cameo role in Bloodsport.

It’s also served as the setting in a number of video games, including most recently Call of Duty: Black Ops

If you still can’t get enough of Kowloon Walled City, here’s an hour-long documentary (in German, with English subtitles)

This week’s episode was produced by Nick van der Kolk (whom you may remember from Episode #21).  He spoke with photographer Greg Girard and architect Aaron Tan, who both spent time in the Walled City.  Nick also talked to Brian Douglas, who helped design Call of Duty: Black Ops. 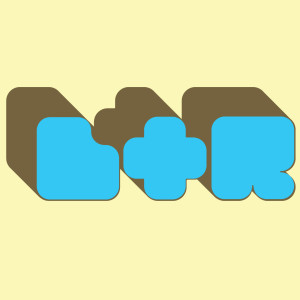 Nick is the director of the award-winning podcast, Love + Radio.  You can also hear him over at Snap Judgment. Alexander Jerri contributed to this story.