Producer Sharif Youssef moved to the Bay Area about a year ago and faced a problem the locals know all too well: ridiculously expensive housing. After some troubles with a landlord, he sought legal advice and along the way he wound up finding a few ideas to pitch as potential episodes about the design of the legal system. One of his favorite finds was a quirky story at the intersection of cartography and copyright law.

Some things are easier to copyright than others. Things like music, graphic design, typefaces and most forms of creative art are relatively straightforward. Theoretically, copyright infringement cases involving those media should be fairly easy to prove and resolve, too. But what about copyrighting things that are inherently not creative — that are supposed to collect, preserve, or disseminate an objective reality or truth (an encyclopedia, say, or a dictionary or map)? What’s to stop Merriam-Webster from copying and pasting the Oxford English Dictionary and slapping their own brand on the cover? They are the same words, so they have to have pretty much identical definitions.

Well, people in the business of making or compiling this type of information have come up with clever ways to help ensure that their work isn’t stolen. And it usually involves deliberately inserting a false “fact” into their work. That way if the same “fact” appears somewhere else, they can tell that a competitor has simply lifted it.

For example, the 1975 edition of the New Columbia Encyclopedia has an entry for Lillian Virginia Mountweazel, a fountain designer turned photographer. She was well known for her depictions of American mailboxes and died at the age of 31 in a fiery explosion while on assignment for Combustibles magazine. Except–Ms. Mountweazel never existed. She was a copyright trap.

A similar thing happened with the New Oxford American Dictionary. They created a new word: esquivalience—n. the willful avoidance of one’s official responsibilities (late 19th cent.: perhaps from French esquiver, “dodge, slink away.”). That was also fake — another trap.

Some copyright traps, however, are also spatial — not just people or words, but physical places. In the 1930s, for instance, cartographers from the General Drafting Company drew up a map of New York State, but, wary of would-be copycats, they created a fictitious town in upstate New York. They named this town Agloe, a mix of the initials of the two higher-ups at the company (Otto G. Lindberg and an assistant, Ernest Alpers). A few years later, Rand McNally (another cartography firm) released their own map of the state, and sure enough: there was Agloe, the very same town in the very same spot on this tiny country road between the towns of Roscoe and Beaverkill. The accused doubled down on their defense of the fake town’s legitimacy and, together, the companies scoped it out. 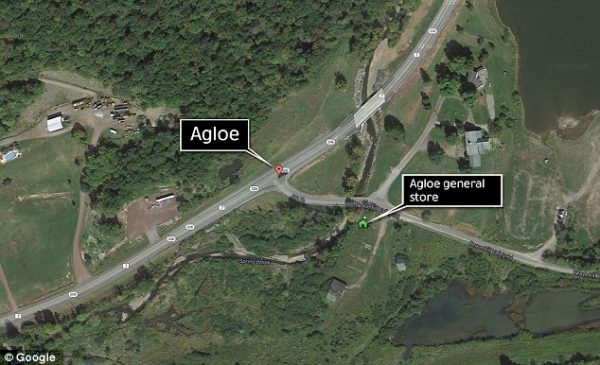 They didn’t find a bustling town with a grid or public transit system, but they did find something: the Agloe General Store and a pair of houses. This once-fictional place had become a reality. People living around the “town” presumably saw it on a map, checked it out, found nothing there and decided to build something under the same name.

The town is gone now and has been for a long time, but there is a sign along the road that reads “Welcome to Agloe! Home of the Agloe General Store.” The store is abandoned and slowly falling apart, but for now, it is still standing. As recently as 2014, the town even showed up on Google Maps (since removed). Agloe is now just a memory — a place created as a lie, brought into reality, and now returned to the ether and wiped from the map. Fittingly, however, Agloe does live on in John Green’s book Paper Towns and the subsequent film of the same name. Both are works of fiction.