At a glance, the border between the United States and Canada would seem to be at the friendlier end of the international boundary spectrum. There is no giant wall and in normal times (outside of pandemic restrictions) many people cross over daily for work or to visit family. It is a tame border, or so you would think. But even now, centuries into an amicable and largely neighborly relationship, surprising disputes still arise around this divide.

In the early 2000s, a strange legal case arose around a dispute at the border between the United States and Canada. Richard Sanders, who was on the Washington State Supreme Court justice for over a decade, found himself in the strange position of having to weigh in on the case of State vs. Norman, which called into question centuries of international geography. At first, he thought it was a joke.

It started in 1996 when Helen Norman, Kevin Belen, and Laura Lee Stradwick were apprehended in the United States by US Customs officials and then searched at the Washington State border crossing. They were found to be in the possession of drugs, and one of the three was also found to be in possession of a stolen credit card. All three were arrested, charged, and tried, but they ended up appealing their case all the way up to the state Supreme Court. Their particular defense was not to deny that they were in possession of drugs or stolen property, but rather that, at the time of their arrest, they were actually outside of the jurisdiction of Washington state and therefore could not be tried in a Washington court. In fact, they claimed they were in neither Canada nor the United States at the time. The three defendants had been searched south of the landmarked international Canadian border, a fact not in dispute. The question instead was: where is the actual state border? 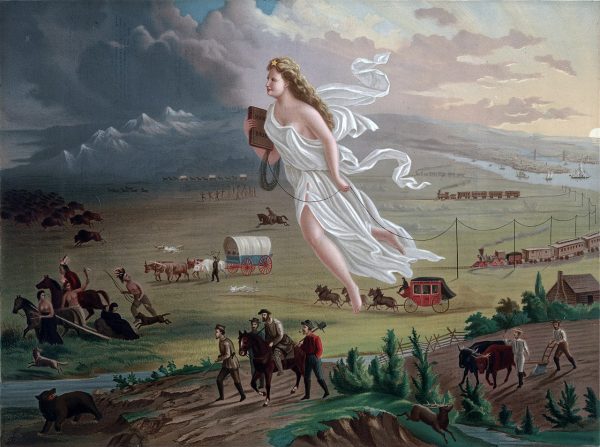 In the early- to mid-1800s, both the US and Great Britain jointly occupied the territory north of California and west of the Rocky Mountains (also known as the Pacific Northwest). However, during this time many Americans also held it as a kind of God-given right that they should claim this westward territory for ourselves. In that spirit, President James K. Polk’s big campaign issue in 1844 was to continue the expansion of the United States to include Texas and the Pacific Northwest, so “fifty-four forty or fight!” became sort of his battle cry, referring to the northern boundary of the Oregon territory at the latitude line of 54 degrees, 40 minutes. In the end, the US ended up settling for 49 rather than 54. 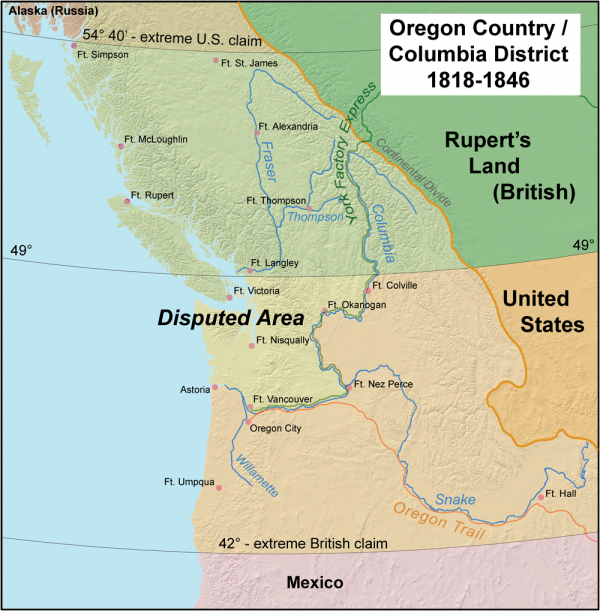 The Oregon Treaty of 1846 was signed between the US and Great Britain, establishing that the boundary between the two territories would be set at the 49th Parallel west of the Rocky Mountains. So the boundary was established, surveyed, and marked. Then, four decades later in 1889, Washington was formally incorporated into the union as a state and the drafters of the state constitution decided to just adopt that international border and use that same language found in the Oregon Treaty, that the northern boundary of the state was west along the 49th parallel. Unfortunately, thanks to a combination of gravity, poor tools, and lazy shortcuts, surveyors marked it incorrectly. 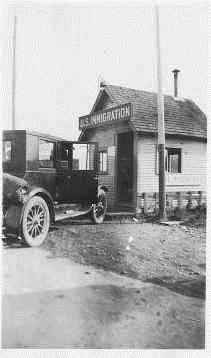 Finally, in 1908, there was another treaty between the United States and Great Britain that actually addressed how fraught the border between the US and Canada was. Basically, the two countries agreed to employ modern surveying techniques and moved some things around to address the issue. The precise language surrounding the 49th parallel was then dropped from the international border, but the state of Washington did not update its constitution with this language. So the Washington state border was actually in some places several hundred feet below the international border, which leads back to that 2001 Supreme Court case: State vs. Norman.

The three defendants in this case were clearly within the boundary that was demarcated as Washington state, but after their arrest, the defense used GPS to locate the customs facility where they were searched … and technically: it took place north of the 49th parallel and thus Washington state jurisdiction.  Unsurprisingly, the State Supreme Court determined that there is not in fact a nebulous strip of territory that doesn’t belong to Washington or Canada, free of state jurisdiction. But it wasn’t a unanimous decision. The justices ended up siding 8-1 that the Washington state border is where it has always been, and Justice Sanders was the dissenting voice.

“I thought it deserved at least one vote on the Supreme Court and that’s what they got,” he explains. Even though this decision could have created a nightmarish jurisdictional limbo, Justice Sanders ended up writing this scathing dissenting opinion saying that the language of the Washington state constitution is unambiguous — and if Hipparchus of Nicaea could figure out astronomical measurements of latitude in the 2nd century BCE, then these surveyors two thousand years later had the means to locate the 49th parallel. “That’s what’s in the language of the Constitution,” he says. “That’s what the people thought when they were voting to ratify. And that’s the way it should be determined, or that’s the way it should be interpreted today by its plain language.” Needless to say, his fellow justices did not agree with his arguments.

Audio Correction: In 1846, Texas was part of the Republic of Texas.