From Arctic Village, Alaska to Houlton, Maine, the border between Canada and the United States is the longest in the world. Much of the surrounding landscape is relatively wild and untouched. But extending out ten feet from the line on either side is a zone known as “the Slash.”

Stripped of trees, this slice runs through national forests and over mountains. It is too long and remote to be continuously cut down, but every few years (longer on the Western sections, where growth is slower) workers freshly deforest the greenery that grows back. 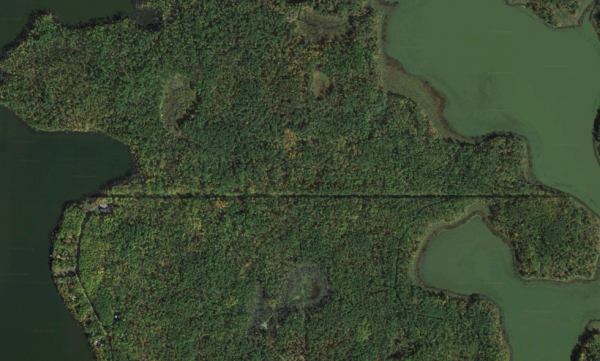 It might seem unnecessary, but there is a reason for this intervention: a person on either side wandering close to the border can see it and recognize they’re approaching the line. So each year, American taxpayers pay around half a cent each to the International Boundary Commission (IBC) to help periodically maintain this dividing void. 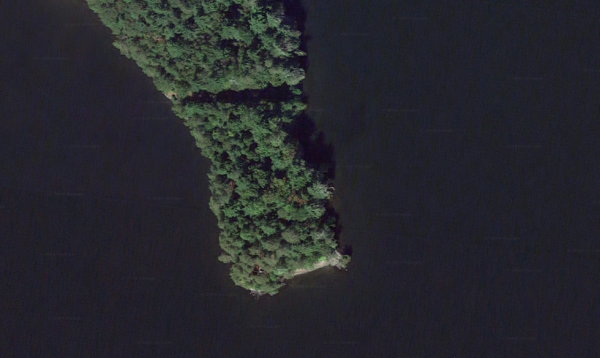 The work is split between countries. Per Julia Shipley, “U.S. and Canadian divisions of the IBC both have their own staff, equipment and budget. The two groups meet once a year to divvy up their work.” Crews of five to ten people are sent out to various locations. To the east, many of the crews stay in motels — in the west, they camp out.

“It all started in the 1800s when the US-Canada borderline was set at the 49th parallel,” writes Lew Blank. “The Slash was cut and over 8,000 original border markers were laid down, most of which are still standing along The Slash to this day.” But without GPS systems, the markers strayed by hundreds of feet in many places. Other mapping errors led to the creation of things like the Northwest Angle.

“Seeing the Slash can be as simple as going to Google Maps,” explains Blank, “zooming towards the US-Canada border, and switching to satellite view. Those looking for a more up-close view can travel to Newport, Vermont, and hop aboard Northern Star Cruises, which will take you right alongside the Slash. Another way to see the slash is in Waterton-Glacier International Peace Park, on the Pacific Crest Trail, the Continental Divide Trail to Canada, or the Long Trail in Vermont.”

The Slash also seems like a unique opportunity to travel from coast to coast — an intrepid hiker and paddler could perhaps portage and kayak through otherwise overgrown sections, tracing this strange, thin line.