There is a pair of adjacent parks at the US/Canadian border in Blaine, Washington, and Surrey, British Columbia. And in these parks, right where they meet along the border, there’s a big Peace Arch monument with the inscription: “May These Gates Never Be Closed.” 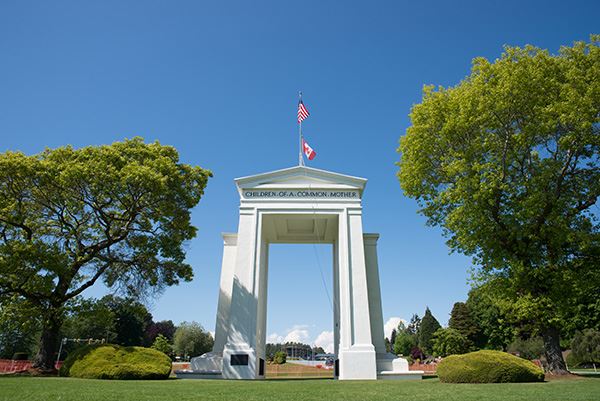 The arch and parks date back to the early 1900s, but the “never closed” sentiment is a nod to the War of 1812 between the US and the UK. At the end of the conflict, both sides signed a treaty to leave the border between the US and Canada undefended as a sign of friendship.

And for a long time, this park space has remained open and largely shared — people not wishing to fully cross the border can instead meet up in the parks, then head back home, all without stopping at a normal checkpoint and waiting in line to fill out paperwork.

Of course, during the pandemic, some things have changed — travel in general has become a lot more restricted between the US and Canada. Early on, both sides kept things open. But even after Canada decided to close its side down, Canadians have still been able to meet up with Americans by crossing into the US park along one side. So friends and families split by the border have continued to gather here. There have also been a lot of bi-national weddings in the park. In part, it is a function of easy access. But also: people fully crossing over in conventional ways have faced up to a two-week quarantine and COVID testing.  For divided families who can’t afford to take time off of work to self-isolate after a trip, this border zone loophole has been a real boon.

Locals and government officials aren’t equally all on board with these meetups, but legally, there is little they can do without violating an international treaty. Authorities still police the parks, and can regulate who is allowed to exit on which side; but they’re not really able to stop people from meeting up entirely. 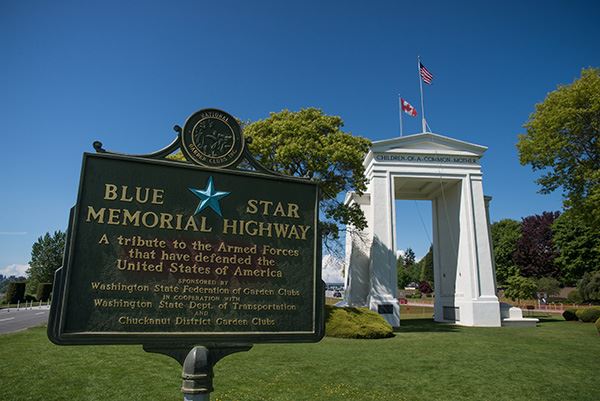 According to an immigration lawyer interviewed by the CBC last year, a full closure could have some pretty crazy effects, depending on which side violates the agreement. He claims that if Canada broke the treaty, in theory, the US could lay claim to parts of Ontario and Quebec. And if America broke it, Canada could get parts of Maine, Michigan, and Wisconsin. Basically, North American geography as we know it is contingent on this early 1800s treaty remaining in effect. So regardless of what actions either side might want to take, neither seems keen on starting what would be seen as an international incident.