From New York to San Francisco, often in remote locations, the remains of a series of huge concrete Transcontinental Airway System arrows can be found. Here’s how to get to one of the rarest examples — a paired arrow set pointing in two different directions, each with a tail and a head jutting out from a shared center. But first: the backstory.

Installed in the 1920s alongside fifty-foot beacon towers, these arrows originally directed airmail planes across the United States. They became obsolete with advances in radar and radio communications, but, for a brief time, they guided night flights from coast to coast. 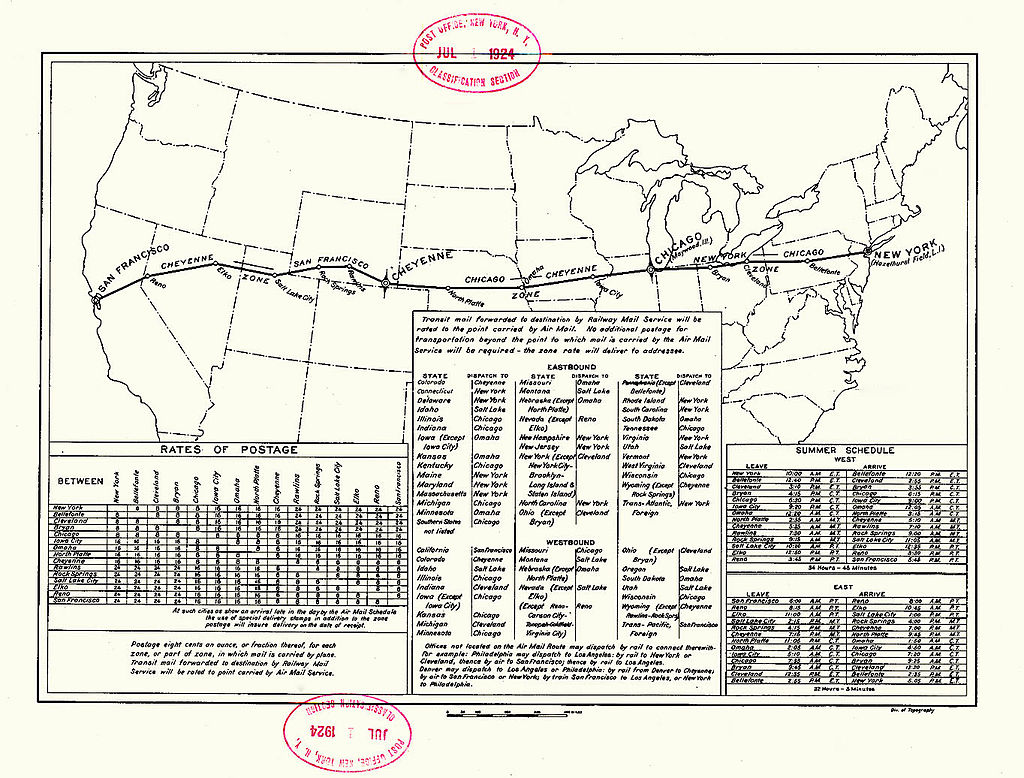 The towers are largely gone, stripped for steel during wartime, but many arrows remain, including a particularly fascinating ‘double arrow’ configuration near Oakland, California. And it is open to the public.

Getting to this Walnut Creek arrow located along Acalanes Ridge is not as easy as it looks — follow online map directions and a would-be visitor will wind up on the wrong side of a steep incline.

The trick, as it turns out — visible once you toggle to a ‘satellite view’ of the area — is to park near the entrance to this open space along Bacon Way, then wind up the path to the top of the ridge.

Today, the beacon tower and original sleeping hut for its operator are long gone, but the steel footings of the tower are still visible. The arrows, though, are mostly intact. Chipped and faded away, their original yellow coat has been replaced by multicolored graffiti. 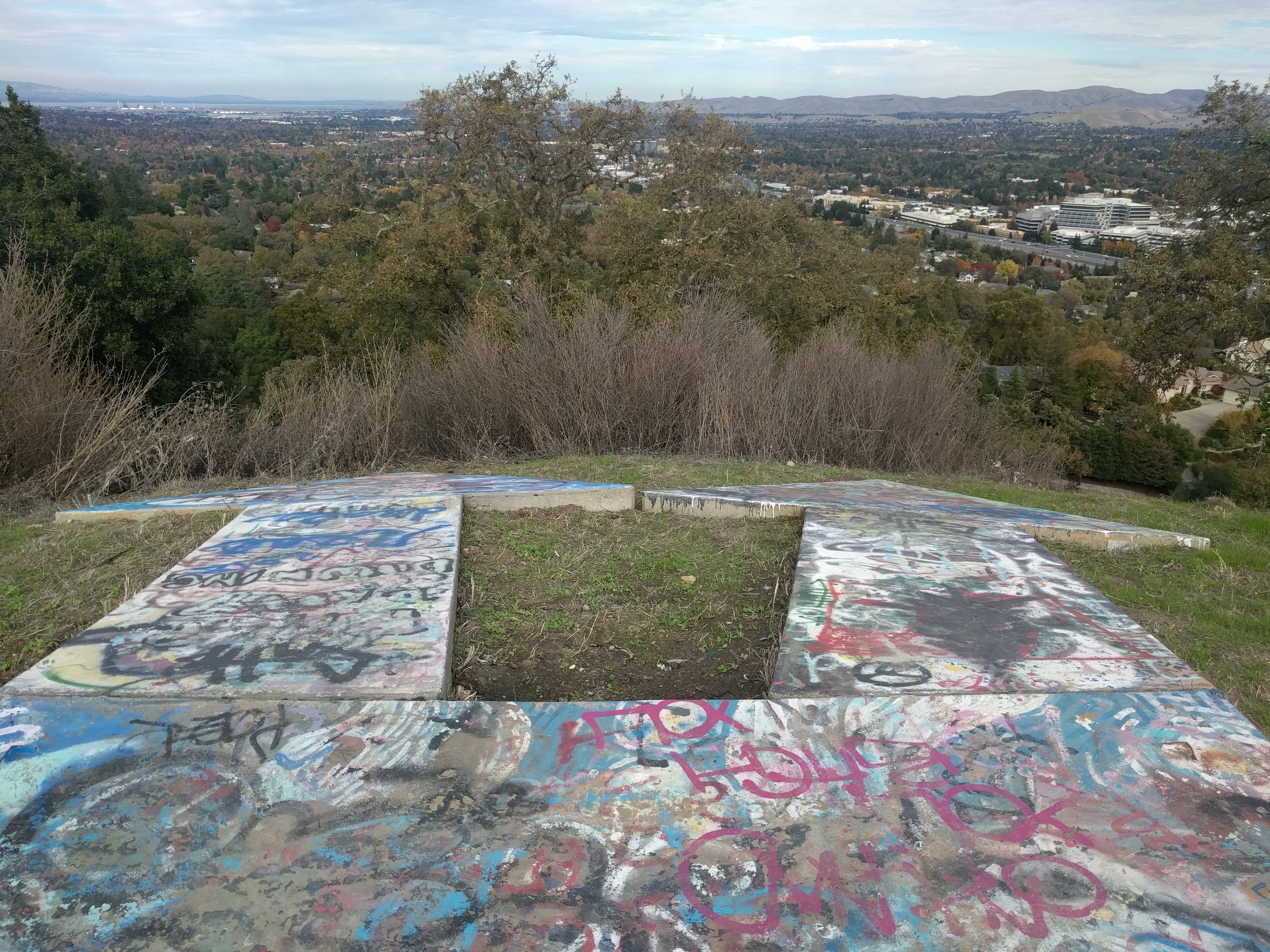 From the top of the ridge, it is easy to see why someone chose this spot, and imagine the advantages for pilots using the route. It is high up and exposed, with great visibility (and views) on all sides. 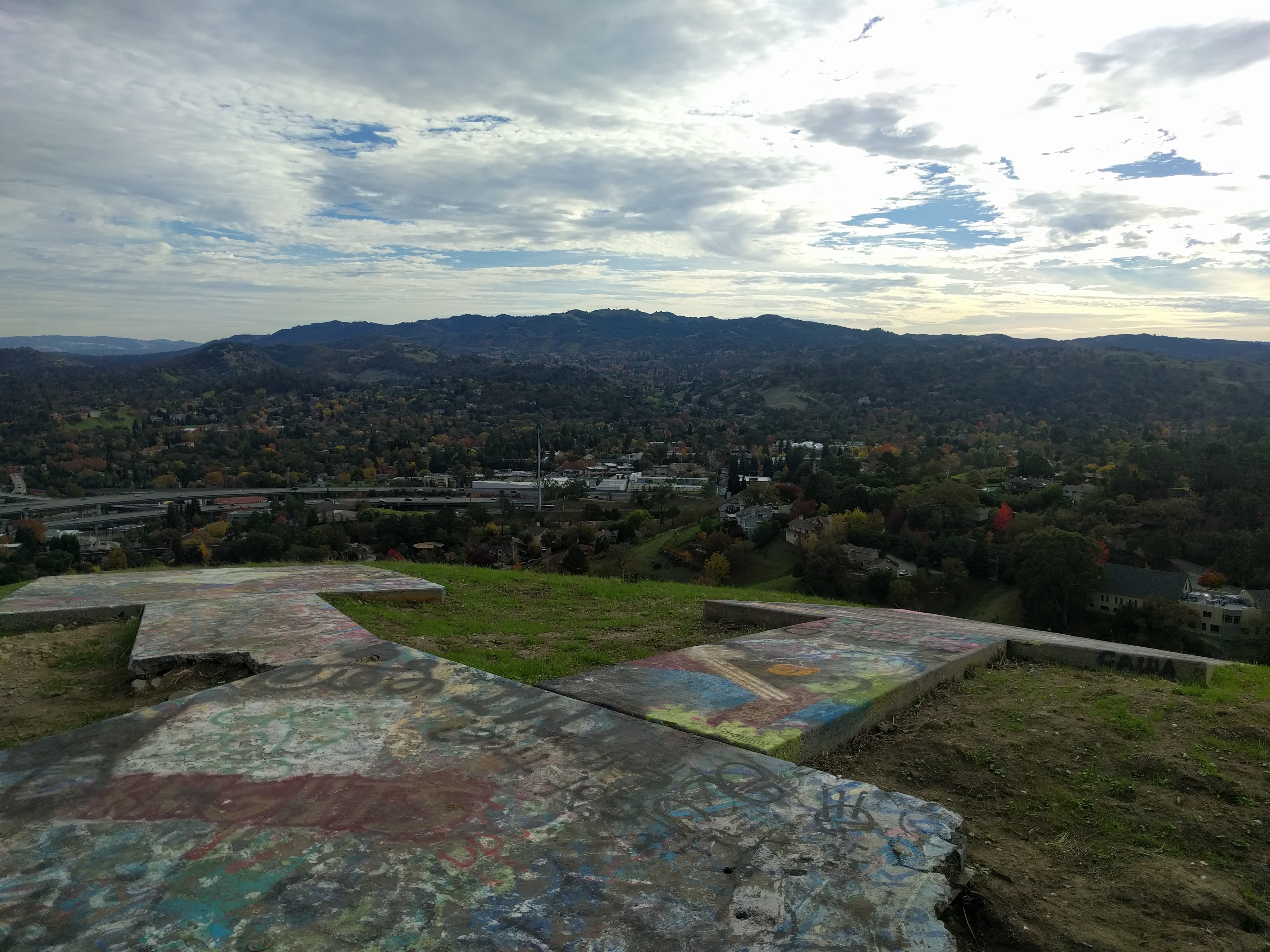 By the end of the first year of the program, the airmail service had 18 terminal airfields and more than 500 beacon lights in operation along the main mail delivery route. But by 1933, new technology and the high cost of operation during the depression shut the program down.

This is not the only remaining example, but it is well-preserved and publicly accessible, making it well worth a trip if you’re in the area.

Previous Episode: Circling the Square: Designing with “Squircles” Instead of Rounded Rectangles
Next Episode: Machines for Living In: Le Corbusier’s Pivotal “Five Points of Architecture”

Following the reunification of East and West Germany,... [Read More]