This week on the show we’re presenting one of our favorite radio features, “Three Records from Sundown,” about singer Nick Drake. Neither the devastating beauty of Drake’s music nor the amazing craftsmanship of the documentary itself is going to come through in this web article — so we suggest you stop reading this and just listen. 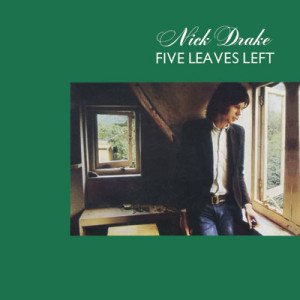 The documentary, by producer Charles Maynes, retraces the roots of Drake’s legend through interviews with Drake’s producer, Joe Boyd. Boyd signed Nick Drake to Island records when Drake was just 20 years old. The first album they recorded together was Five Leaves Left, released in 1968.

Five Leaves Left did not appeal to the critics, and sold very few copies. Boyd was discouraged by this, but Drake was distraught. Still, Boyd urged Drake to quickly make a second album. Bryter Layter was released in 1970. 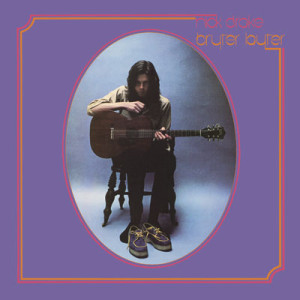 Bryter Layter was met warmly by most critics but still sold very few copies. Drake’s ability to sell records was further hampered by his difficulty performing live. He was an incredibly shy performer, and would often spend agonizingly long minutes on stage, silently retuning his guitar, and losing the audience’s attention.

After Bryter Layter, Drake, who suffered from depression, moved back in with his parents and sought out psychiatric care.

In 1972, Nick Drake recorded his third and final album, Pink Moon. Producer Joe Boyd was not invited to participate with its creation. 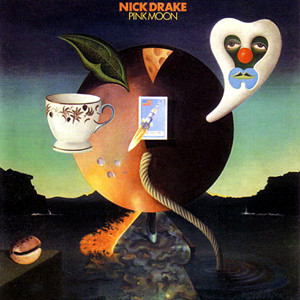 Pink Moon sold even fewer copies than its predecessors. Soon thereafter, Nick Drake suffered a mental breakdown and was hospitalized. When he was released, Drake and Boyd talked about beginning work on a new album, but the album was never finished.

In 1974, when Drake was 26 years old, he was found dead in his bedroom from an overdose of antidepressants. It remains unclear whether his death was a suicide.

After his death, loyal fans made pilgrimages to Drake’s family home in Tanworth-in-Arden, England. His parents welcomed these fans into their home and allowed them to make recordings of Drake’s music. These recordings were passed around from tape-to-tape recordings, beginning a posthumous discovery of Drake’s music.

When Boyd eventually sold his stake in Island Records, he did so with the parting condition that Drake’s three albums would never go out of print. For Boyd, it isn’t surprising that Nick Drake’s music has become revered — only surprising, and sad, that Drake didn’t receive acclaim within his own lifetime.

One side effect of Drake’s music not having gained popularity in its own time, however, is that the music is somewhat culturally unanchored. It doesn’t evoke the spirit of the 1960s. It just exists. Which is also how it ultimately ended up in a car commercial in 1999.

Previous Episode: Vexillonaire
Next Episode: And The Winner Is