This week’s image correspondence was inspired by episode #136, Lights Out.

When I think of the city at night, I always think of Iwan Baan’s photograph of a darkened lower Manhattan in the wake of Hurricane Sandy used on the cover of New York Magazine November 2012. That photograph and the episode, Lights Out, both take place in New York City, but my home town—Chicago—has one of the most spectacular electrical grids in the country.

The photographs below were made on a regular day returning to Chicago from New Mexico at sunset. According to the Chicago Department of Transportation the Division of Electrical Operations maintains nearly 300,000 street and alley lights within the city. 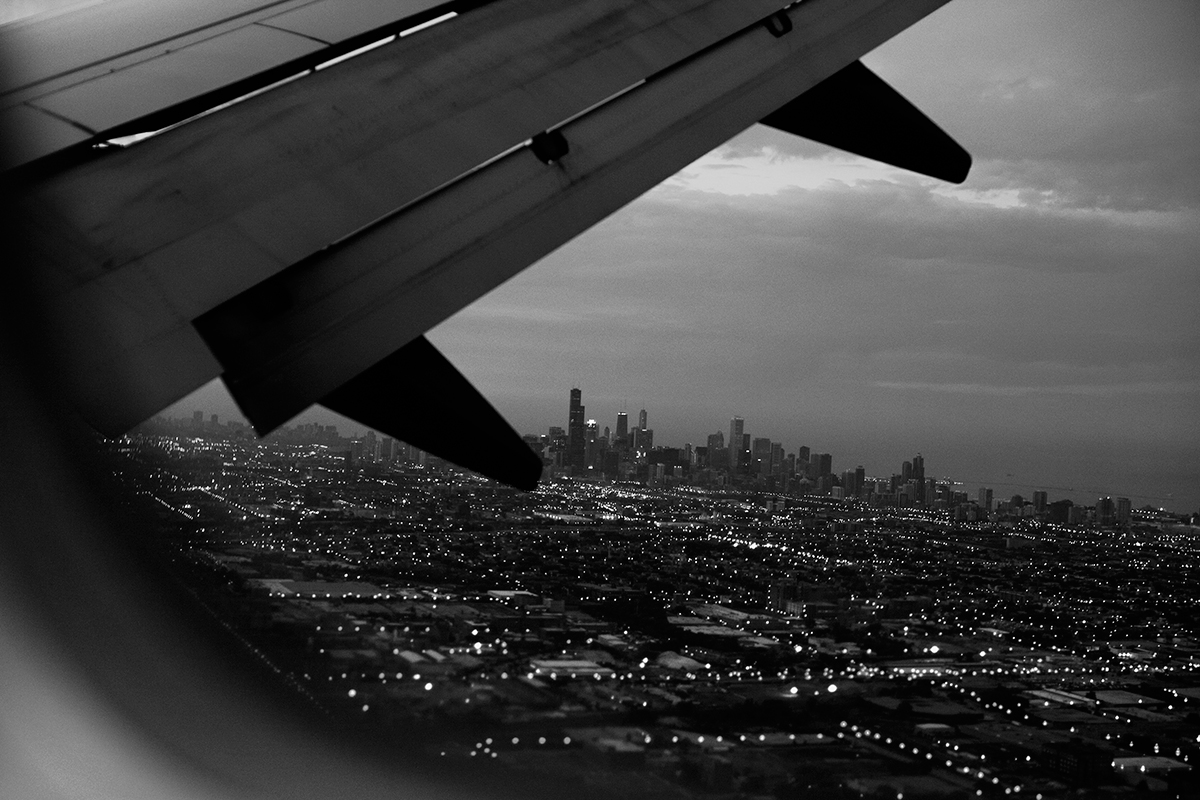 It was unusual to see smoke from a fire burning just south of the Stevenson Expressway, west of Pulaski Road. In the photograph, Pulsaki Road is that stream of lights racing north. All told, the road is 21.7 miles, traveled by many, and walked end to end by John Greenfield one day in 2011 (I think 99PI fans might enjoy his chronicle of the journey here on the Gapers Block website). 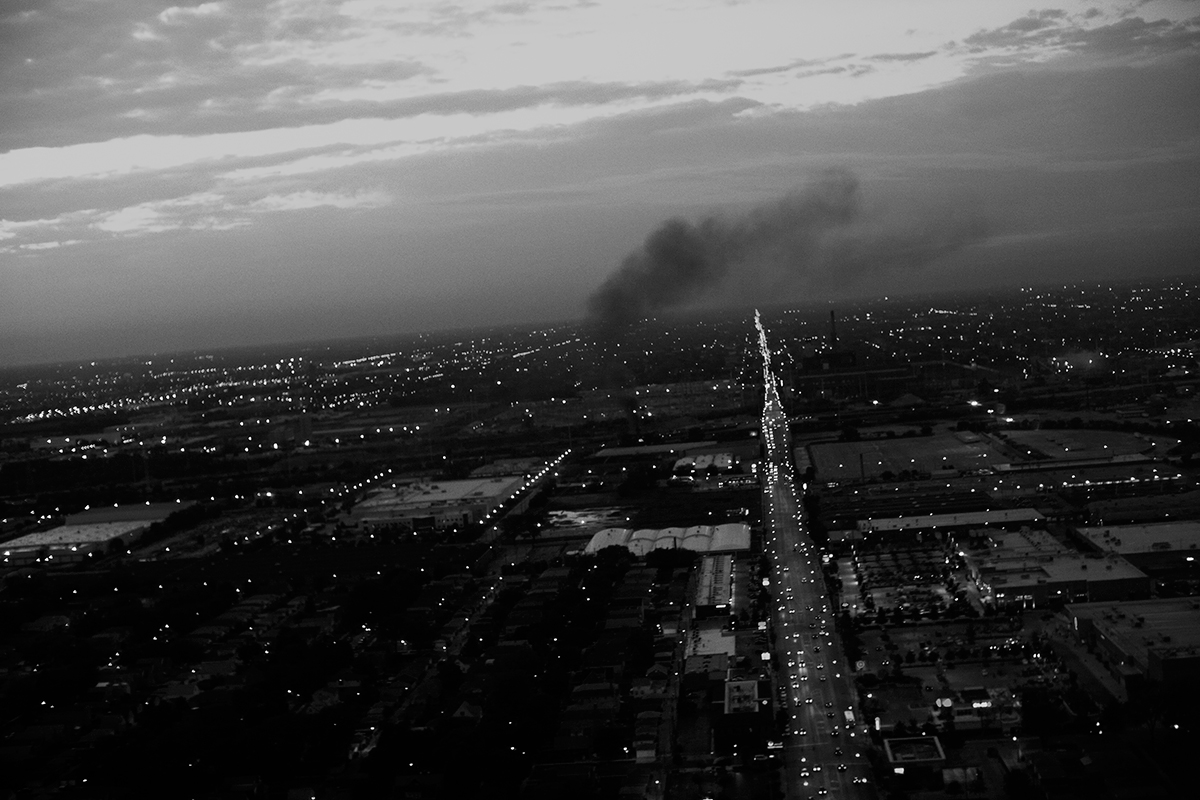 We’d like to see YOUR photographs inspired by Lights Out. Send us your pictures of the city (any city) at night—lights on OR off. Have a listen to the episode and then send images to our Flickr Group, email them to [email protected] or put them on Instagram with the hashtag #99PI. We’ll curate and present our favorites on our Instagram and Tumblr.