A wave of fires swept through major cities in the United States through the 1800s and early 1900s, leading wood-framed architecture to be deemed unsafe for increasingly dense urban environments. Houses continued to employ wood, but cities and developers began to shun the material. They turned instead to masonry, aluminum and steel to build more fire-resistant and ever-taller structures. But wood is making a comeback, thanks to new building technologies, fire safety innovations and a growing interest in eco-friendly design. 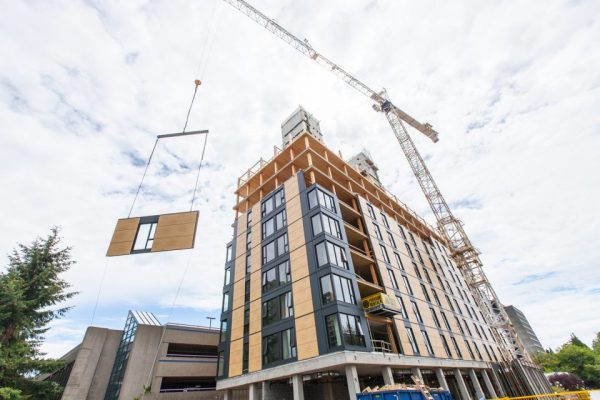 At just over 170 feet, the recently completed Brock Commons Tallwood House currently holds the record for the world’s tallest timber-framed building. Glue-laminated timber (or: glulam) columns, beams and floorboards are the primary structural elements — these hybrid wood products are much stronger than ordinary cut lumber.  Glulam supports are light, typically around 2/3 the weight of steel and 1/6 the weight of concrete, and have a fraction of the embedded energy. This lightness also reduces transportation energy and costs. Wood’s natural flexibility can help structures better withstand earthquakes, too. 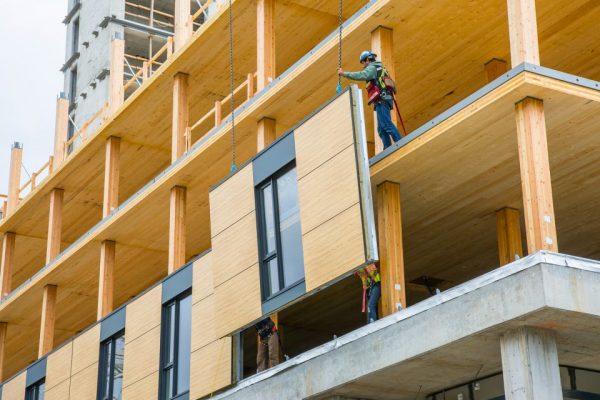 In Brock Commons, a plywood facade highlights the building’s primary structural material on its exterior. On the inside, wood-to-wood connections limit the need for metal and relegate steel-reinforced concrete mainly to the base and the elevator core. Completed using prefab parts, the whole structure was erected in just 70 days. And this is far from the only project testing the design limits of wood. 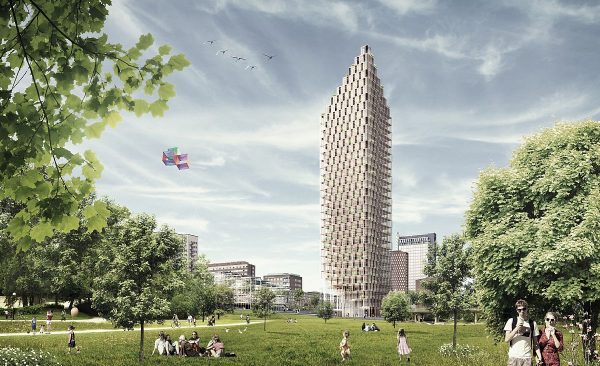 C. F. Møller’s wooden skyscraper submission to a competition in Stockholm speaks to various other advantages of the material, particularly its sustainability. “Wood is one of nature’s most innovative building materials,” explain the architects. “The production has no waste products and it binds CO2. Wood has low weight, but is a very strong load-bearing structure compared to its lightness.”

The designers also address the first concern raised by many skeptics: fire. It seems counter-intuitive but wood can, in many ways, actually perform better under heat stress. “Wood is more fire resistant than both steel and concrete. This is due to 15% of wood mass being water, which will evaporate before the wood actually burns. In addition, logs get charred which protects the core.”  While steel heats up quickly and buckles, wood first drops water weight then chars and burns slowly. 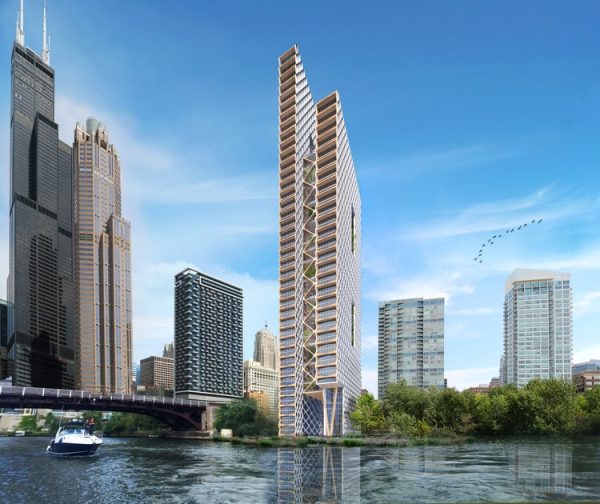 On the drawing board of architects from Perkins + Will, the River Beech Tower project in Chicago would reach an incredible 80 stories high and be much lighter per floor than the nearby Sears Tower (at 1,400 feet with 176 million pounds of steel). Its design calls for super-strong plywood and cross-laminated timber to achieve record-setting heights. 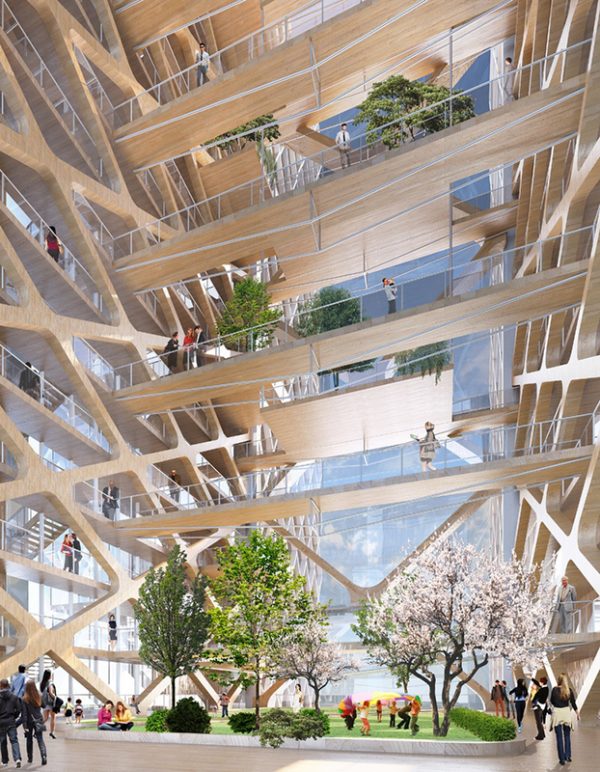 Of course, there still a lot of wishful thinking baked into some of these visions, and not all of them are likely to be realized anytime soon — building codes and developers can be slow to change.

Still, material innovations are pushing designers to rethink the role of wood in construction. And resulting designs highlight the potential of an old material to branch back out into cities in new and different ways.