Back in the early 1990s, movie theaters weren’t that great. The auditoriums were cramped and narrow, and the screen was dim. But in 1995, the AMC Grand 24 in Dallas changed everything. It was the very first movie megaplex in the United States. This is the gigantic, neon, big-box store of moviegoing that we’re all used to  today, and it’s easy to dismiss as a tacky ‘90s invention. But the megaplex—specifically this first megaplex in Dallas—upended the entire theater business and changed the kinds of movies that got made in ways you might not imagine.

The rise of the megaplex is pretty recent, but it’s actually part of a long pattern of movie-viewing. The kinds of movies that we watch have always been tied up with how and where we watch them. The peak of moviegoing in this country was the 1940s when the average American went to the movies at least once a week. And then, television came along.

As television kept viewers at home, movies competed by becoming more spectacular. The 1960s was the era of huge studio epics, and theaters got bigger and more luxurious as well. To see a movie at the time was to have an usher in a tuxedo hand you a printed program before guiding you to your seat. 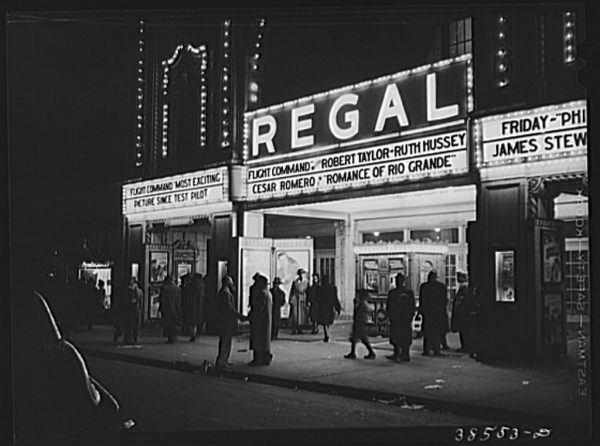 Back then, studios and theaters had a business arrangement: if a theater had a certain movie, nobody else in the area could play it. Seeing a film was kind of like seeing a painting or a Broadway show. It lived at one particular location, and you had to go there. But in the early 1970s, this began to change. Studios realized there was enough demand to release movies in the suburbs and the city simultaneously. Meanwhile, theaters divided their one big auditorium into two, three, or four auditoriums to make room for more screens.

As the seventies rolled into the eighties, movie-going had become a significantly less swanky experience. Auditoriums were cramped, floors were sticky, and attendance was dropping. Meanwhile, home-video was taking off. People were staying home with their televisions again and theater owners knew the whole experience needed an upgrade. Enter: Stan Durwood. 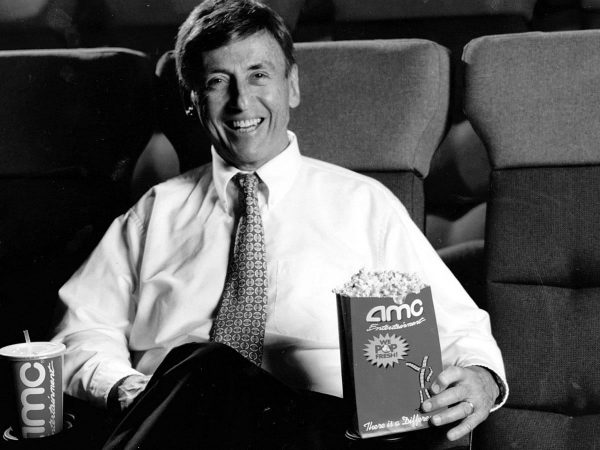 Back in the 60s, Stan Durwood had taken over the family business. It was a small Kansas City movie theater chain called Durwood Theaters. By the 1980s, he’d built a few dinky four and six-plexes and eventually he changed the name of his company to American Multi-Cinema (AMC). Stan was known in the industry as a rule-breaker and provocateur and he realized that upgrading theaters and offering people more choices were the only way forward. He’d gone to Belgium and seen a huge cinema with 25 screens and wanted to spread this model across the United States. Despite told by his finance team that this was a terrible idea, Durwood persisted. In fact, he bet the company on megaplexes. The AMC Grand in Dallas would be the first megaplex in the U.S., but before it opened, AMC had locked 30 other deals to build these massive, costly structures.

This new megaplex was a huge departure from the cramped and tiny theaters of the past. The seats had that new car smell. There were arcade games, neon everything, and multiple concession stands. Plus, it had twenty-four auditoriums. But the truly revolutionary thing about megaplexes was something else: stadium seating. 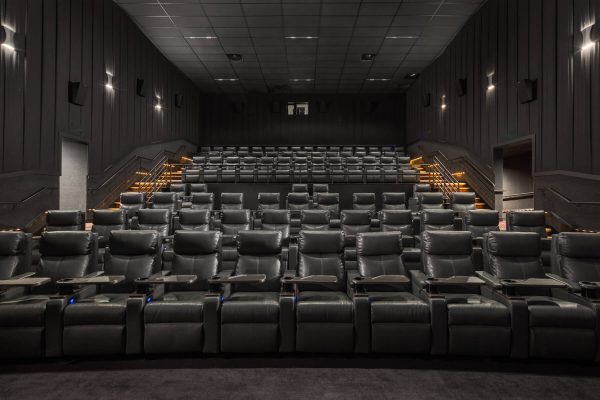 Stadium seating meant the seats were on tiered risers, all the way up to the ceiling. Before the AMC Grand, theaters had floors that were just ever so slightly sloped. If you got the wrong person in front of you, the movie was ruined. With stadium seating, every seat had an unobstructed view. People loved it. AMC expected the theater to attract 800 thousand visitors in its first year. They got 3 million.

One by one, theater companies rushed to get in on the megaplex trend and took on a ton of debt to build these huge new structures. Over the next six years, the number of movie screens in the United States increased by fifty percent. But these new movie palaces didn’t just pull moviegoers to the screen; they pulled movies to the screen.

If  You Build It… They Will Watch

Ben Fritz is an editor at the Wall Street Journal and wrote a book about the 21st-century movie business. He says between the rise of DVDs, and all this new screen real estate, film studios cranked up their production. Films became more varied and a larger share of them started coming from original ideas, rather than from sequels, remakes, or adaptations. Suddenly the major studios were throwing money at new ideas and new directors. Creative new indie movies—the type of which used to live only in small arthouse theaters— started getting a wider release.

Jack Foley was a distributor at Columbia and he says the megaplex was a Trojan horse for slipping strange, subversive movies into unsuspecting suburbs across America. If the latest teen movie was sold out, kids might end up seeing something like Being John Malkovich.  And Being John Malkovich was not an outlier. The year it was released— 1999 —was a year that many people believe was one of the best movie years ever. Not only did all these great movies get made, but they were able to find an audience in Megaplexes across the country.

But this mini golden age of interesting, unusual, original films didn’t last all that long. The megaplex building craze had been so fast and furious that by the early 2000s there were way too many theaters. No one wanted to go to the old theaters anymore, but there was still rent to pay on those buildings, and several theater companies declared bankruptcy. As the theater bubble began to pop, the creative one did too. For a while, booming DVD sales provided another revenue stream for oddball movies with a niche audience, but as DVDs disappeared later in the 2000s, the major studios leaned more and more on their big, franchise blockbusters.

It Was Fun While it Lasted…

By the mid-2000s, the movies were becoming a “first weekend” business. Studios tried to break blockbusters wide, opening on as many screens as possible, and theater owners realized instead of putting a different movie on every screen, they could give the blockbusters multiple screens with a new showtime every 20 minutes. As blockbusters took up more and more screens, smaller movies got squeezed out.

“I think sometimes people look back and say, ‘Oh, there was there must be some kind of cultural movement that meant Americans were interested in indie films in the 90s,'” explains Ben Fritz, an editor at the Wall Street Journal. “No, (it’s really) the explanation is that the economics of the movie business changed in that time and that changed the types of movies the studios were making.”

The economics of the movie business is changing even more radically now. Theater companies were in trouble even before the COVID-19 pandemic shut them all down. Attendance was dropping as people turned to Netflix with more and more binge-able content. During the pandemic, the industry has been living out a real-life experiment it’s wondered about for years, but never tested: what happens when new movies go straight to streaming? Or release simultaneously in theaters and at home? If we can get them just as easily at home, which movies will get us to go out to theaters? Ted Mundorff is the President and COO of ArcLight Cinemas and he thinks the big action blockbusters will still get people out to theaters, but the dramas and comedies might increasingly be relegated to your TV.

Hopefully, by this summer, we’ll be able to safely return to theaters, and studios can start gathering data on what kinds of movies still have the power to pull us out. In the meantime, if you need to remember what it’s like to watch a movie in a packed theater, we suggest this audience reaction video that occasionally makes the rounds on social media: