In the 1990s Dave Davis worked as the groundskeeper at a small neighborhood park in a suburb of St. Louis called Creve Coeur. It was an unpaid position, but it came with a strange perk: as part of the job, he got to live in a house on the grounds. On the outside, it looks like an ordinary ranch-style house, but once you got inside, something seemed a little off: it looked like someone had completed it in a hurry.

It turns out that this house wasn’t supposed to be the home for the groundskeeper, and the park was never supposed to be a park.  It was private property that belonged to a prominent Black doctor back in the 1950s. But the land was taken from him before he could even finish building his home.

Today, Creve Coeur is mostly white — about 75%– and St. Louis more broadly is one of the most segregated cities in the United States. That didn’t happen by accident. In the past, places like Creve Coeur actively prevented non-white people from moving in — people like this prominent Black doctor who wanted his own slice of the suburban dream.

Howard Phillip Venable was a renowned ophthalmologist from Detroit. He graduated from medical school with honors in 1940, and became the first African American to earn an ophthalmology degree from New York University three years later. He passed the board exam with the highest score since its inception.

Venable moved to St. Louis in 1943, during the era of Jim Crow. He worked as an eye doctor at the all-black Homer G. Phillips hospital, which had a reputation for training some of the best nurses and doctors in the country. Venable taught there too.  Glaucoma and cataracts were a big problem in African American communities, so Venable wanted to prepare his residents to work with Black patients specifically. One paper that he published on glaucoma in 1952 is still a crucial reference for ophthalmologists today.

In the 1950s, Venable was a St. Louis socialite. He spent time in elite circles, with wealthy Black and white people. And he was used to being the first Black person to step foot in places that had previously been for white people only. And in 1956 he took one of those steps into the St. Louis suburb of Creve Coeur.

One day in March of 1956, Dr. Venable saw a small ad in a local newspaper, promoting 22 vacant lots in Creve Coeur. At the time, Creve Coeur was an all white community, sparsely populated with plenty of open space. Venable purchased 2 of the lots. He paid up-front, in cash, and set about building his dream ranch-style home.

Then some of Venable’s colleagues at the hospital got interested in the area too. Soon, several more Black families started making plans to buy lots in Creve Coeur. But achieving the suburban dream was never going to come easy, even for a group of accomplished doctors with savings and social capital. Right away, some of the white residents in Creve Coeur started organizing against Venable and the other Black families. They were afraid that their property values would decline if the neighborhood became mixed race. So, they devised a wholesome looking plan with a sinister twist to keep their new neighbors out. They would build a park on the lots. And they quickly raised twenty-five thousand dollars amongst themselves to make it happen.

Facing pressure, the other families pulled their money out, but Venable decided to stay and fight. He had paid cash for his property, he owned it outright, and he wasn’t about to give it up. Dr. Venable hired an architect and started building a brick house right there on his land. But the white residents kept trying to push him out. When that didn’t work, they turned to eminent domain — which is supposed to be how the US government takes private property for public use, but in reality for much of the 20th century was a tool used to maintain segregation. 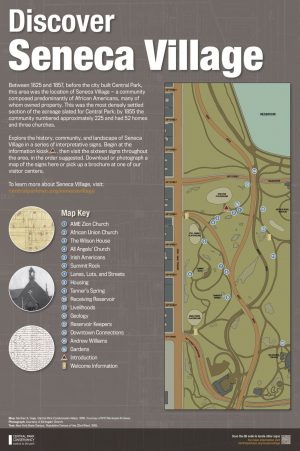 One study by the Institute for Justice found that in the 1950s and the 60s, one million people in the US were displaced through eminent domain. More than two-thirds of those people were African American. And that is exactly what was happening in Creve Coeur, where the doctor’s land was taken and turned into a park.

Venable wasn’t the only one that Creve Coeur was keeping out. It turns out the town was also trying to change its zoning code to prevent a Jewish Temple called Temple Israel from being built just down the road from the park. For three long years, Dr. Venable and the temple fought for their land in court. Venable’s case went to the Missouri Court of Appeals, and the temple’s case went to the Missouri Supreme Court. The temple won their case on the basis of religious freedom, but Dr. Venable didn’t fare so well. In the end, after a long, expensive legal battle, the court sided with the town of Creve Coeur in December 1959.

After he lost his land, Dr. Venable moved his family to another town in Missouri, where he continued his successful medical career and built the house he always wanted.

Meanwhile, in Creve Coeur, the history of this park slowly faded from memory, at least until groundskeeper Dave Davis moved into the doctor’s old house and began to research its history. He began talking to people at City Hall and in the Parks Department and looking through old newspaper archives. And the information wasn’t exactly hard to find. The incident was described in all of these articles from the time. Dave didn’t know exactly what Creve Coeur would do with the information, but he kept documenting what he found. He thought the neighborhood should do something to honor Dr. Venable — that at the very least there should at least be a plaque at the park to tell the story of what happened.

But then Dave started to get calls telling him to drop it. Each time he would pick up the phone and hear a different voice on the other end, one he didn’t recognize. And with each call, the voices got more threatening. He got nervous, and worried about retaliation. His family was just getting on their feet and starting to save some money, so he did what was asked of him and stopped making noise around the issue.

Dave was the last person to work as the groundskeeper of Beirne Park. The city later tore the house down. Of course, the Venables never forgot what happened to them in Creve Coeur. Over time, the story became a piece of family lore. And then many years later, the family got a call from a man named Jim Singer, a labor lawyer in St. Louis who is also a member of a Jewish temple in Creve Coeur.

Jim was writing an article about the history of the park with the Missouri Historical Society. And then in 2019, he started working on a movement to rename the park. He got his Jewish temple in Creve Coeur involved too. They wanted to strip the park of its original name, Beirne Park, and rename it after Dr. Venable. They made a Facebook group — The Venable Park Coalition — and invited residents to join.

The group grew and ultimately put together a public event at a local auditorium to have an open discussion of the history. Then they reached out to the Venable family, who came out to publicly support the cause.

The City of Broken Hearts

“Creve Coeur means broken heart,” said Dr. Venable’s niece Rossalind Woodhouse Venable, addressing a crowded auditorium. “Indeed it was a source of heartbreak to the Venables, and continues as such in the lives of their descendants. It was the source of the denial of essential elements of the American dream, the right to own a home.” The family wanted the park renamed after Dr. Venable, and they wanted the city to build a memorial in honor of all the Black people who attempted to integrate the neighborhood. They also proposed that the town establish a fund or landbank to provide city-owned land or down payment assistance to non-white people who want to buy or build homes in the area. 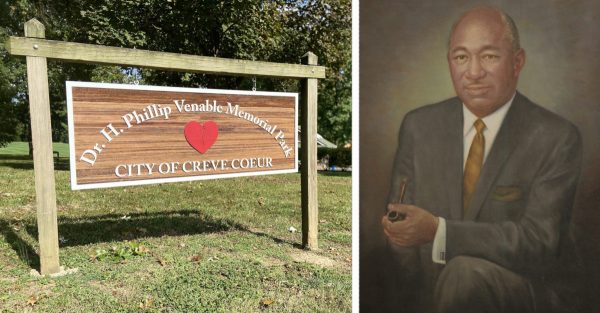 After the public event, the Creve Coeur city council voted unanimously to change the park’s name. Beirne Park became Dr. H. Phillip Venable Memorial Park. But for many people, that wasn’t enough, so a task force was formed in 2020 to figure out how to do more. Critics of reparations sometimes argue that it’s impossible to figure out who owes how much, and to whom. But the Creve Coeur case is clear cut and well documented. The financial losses to the Venable family are concrete and calculable.

In the United States, owning property has been key to building wealth that lasts, from one generation to the next. Today home ownership for Black Americans is 30 percent lower than for white Americans. And white families have a net worth that is ten times higher on average than that of Black families. Eminent domain is part of that story. 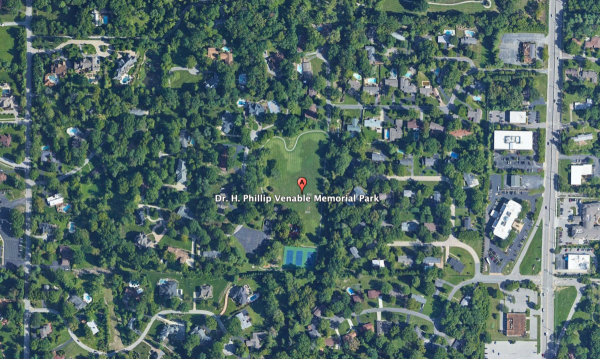 The people of Creve Coeur have so far been more than willing to support a symbolic kind of racial justice in the form of a name change. And now, the city is making plans for a memorial at the park. And it’s still possible that something more like reparations could happen. Because as nice as it is to rename the park, the truth is that it was never supposed to be a park at all.

Given the bonds between the United States and... [Read More]