In his “Cuckoo Blocks” project, German graffiti artist and painter Guido Zimmermann recalls traditional wall clock designs but also frames them in a fresh way. “The hull is new,” he explains, “but the soul, a clockwork with a cuckoo, is still an old one.” 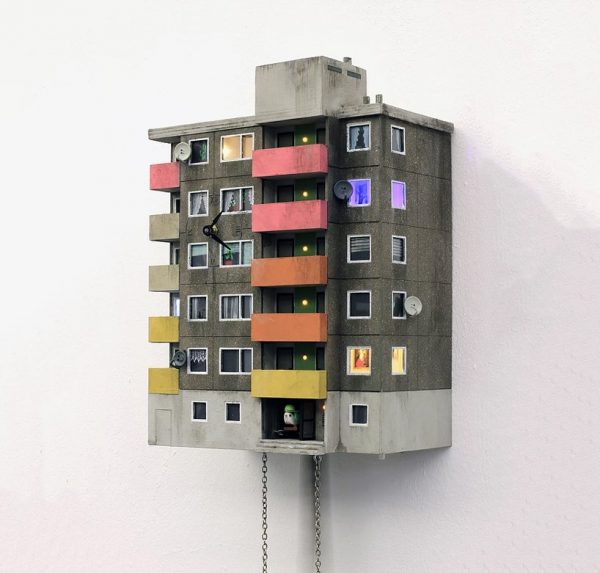 To most people, such clocks conjure images of birds in houses, but cuckoo clocks have evolved for centuries, with various forms as well as figures popping out and sounds to announce the passage of time. 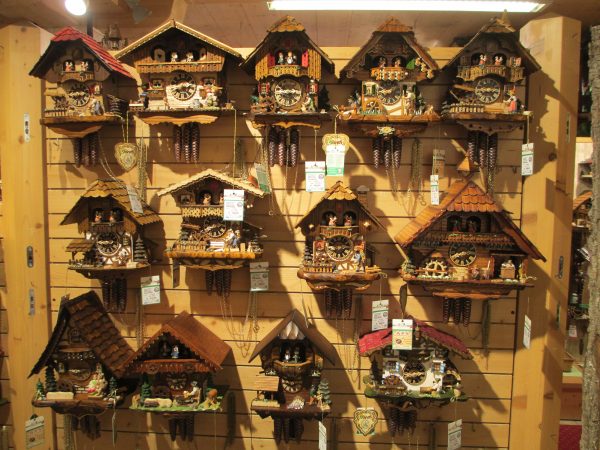 Built by clockmakers in the Black Forest as far back as the 1600s, early models were decorated with carved leaves and animals. As they made their way around Europe, other variants emerged. Many featured regional architecture, like traditional Bavarian homes and Swiss chalets. Zimmermann’s designs tap into that long vernacular legacy. 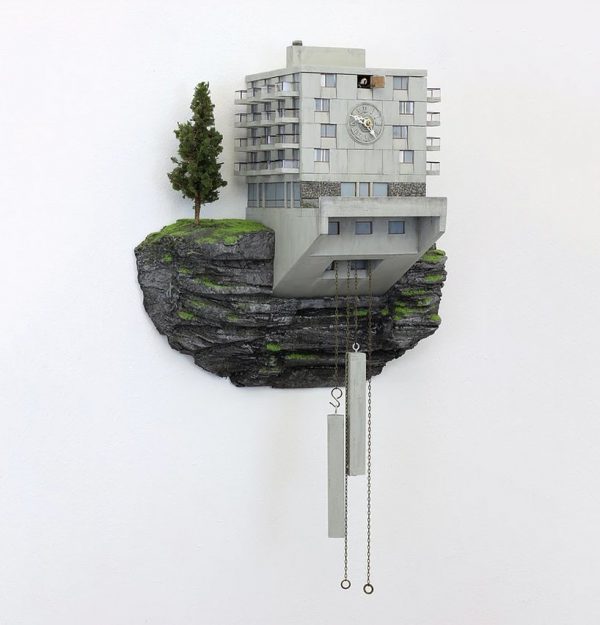 “The classic cuckoo clock is a symbol for prosperity in the middle class and is considered a kind of luxury for the home, “explains the designer. “The updated version, a prefabricated panel construction (Plattenbau) reveals today’s urban and social life in residential blocks.”

Featuring Bauhaus and Brutalist forms, some are modeled on the work of famous architects, including Marcel Breuer and Erno Goldfinger. But this isn’t about replicating famous architecture, either.

Zimmermann is particularly fascinated with the associations people have with everyday mid-century Brutalist building complexes — some have become upper-class habitats in wealthy cities like London, while others are still seen as eyesores in places like the Swiss Alps.

Expanding on the clock series, Zimmermann has also extended his project to include a set of birdhouses. This “social bird housing” swaps figurative cuckoo inhabitants with real birds, bringing his vision full circle to provide actual lodgings for living creatures.