In March of 2017,  U.S. Customs and Border Protection put out a request for proposals (RFPs) asking private companies for designs of a wall that would divide Mexico and the United States. There were two different RFPs: one was for a wall design made of concrete, and another was for a design made of “other materials.” They were to be between 18 and 30 feet tall, and they were “open calls,” meaning any firm could submit a proposal. Eight submissions were selected to be turned into prototypes, which 99% Invisible producer Avery Trufelman went to see in person. 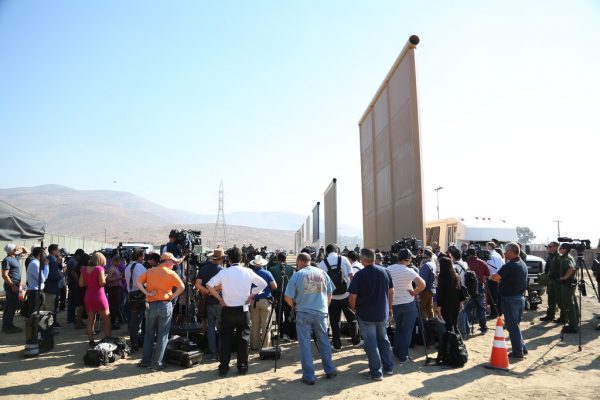 She found herself in a crowd of reporters from Reuters, The Guardian, Univision and Fox. They were given hard hats and neon yellow vests, and piled into an air conditioned van, then brought out to a construction site. Cameramen unpacked and hoisted their video cameras. Anchors applied fresh makeup and did warm-ups. Then they gathered around Roy Villareal, Acting Chief Patrol Agent for the U.S. Border Patrol’s San Diego Sector, who talked about the prototypes. 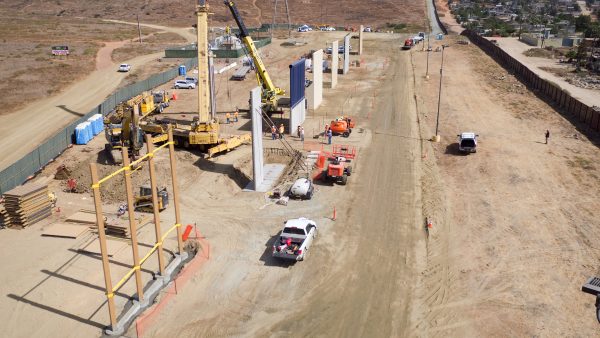 These eight samples are massive, around 30 feet tall. Most have founded tops to make them harder to grip and climb over. “The determination of the ultimate design is based on the testing and evaluation,” said Villareal. They are looking at three main criteria:

And who will win? “Ultimately the winner is the U.S. government, responds Villareal. “It’s going to be us, in that this is going to enhance our border security.” The setup of the eight different wall prototypes certainly looked like a design competition, but there might not exactly be one “winner” as such. In the end, different designs might be built in different places, or not at all.

It’s not exactly clear what will happen with the prototypes — whether they were intended to be used along the whole border, or parts of the border, or to fortify existing walls. Since, after all, there are existing walls. What Trump didn’t mention in his campaign is that over one third of the border (around 650 miles) is already covered by a wall or a barrier of some kind.

In 1990, the Army Corps of Engineers brought 43 thousand carbon steel corrugated planks, each a dozen feet long and a quarter-inch thick. These had been made for the Vietnam war as portable landing mats for aircraft. They were flipped up on their sides to create a large swath of border wall. Eventually, more such pads were brought in, and today, this landing mat border wall spans over 60 miles. 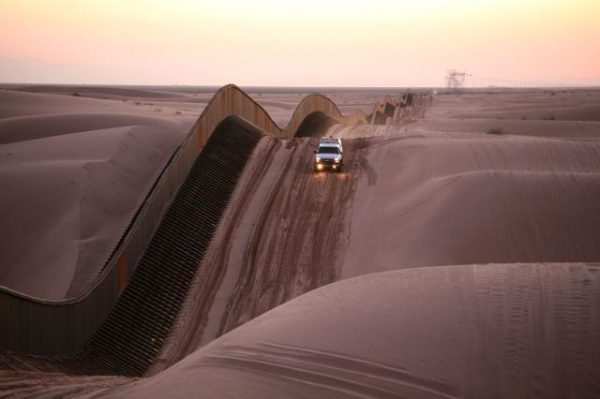 Along other parts of the border, different kinds of walls and fences were built of different materials, all varying based on topography and function. Take, for instance, the floating fence that straddles dunes in California — it has mechanical buttresses designed to keep it from sinking into the sand. 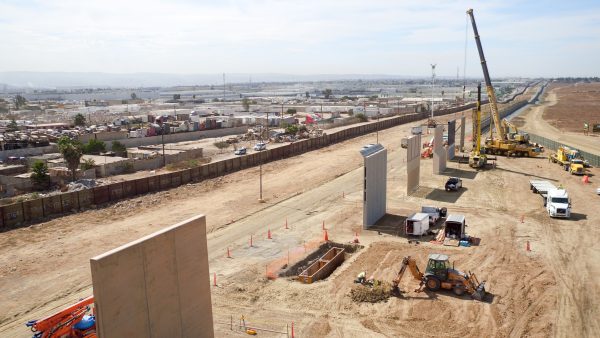 Today, most of the new border wall prototypes under consideration were submitted by general contractors, the kinds of companies often involved in big building projects, like bridges, tunnels, towers, airports, prisons or luxury apartment complexes. The six companies that made these eight prototypes are W.G. Yates & Sons from Mississippi; ELTA North American Israeli company based in Maryland; Caddell Construction in Alabama; Texas Sterling Construction out of Houston; KWR Construction from Arizona, and Fisher Sand and Gravel from Arizona. Suddenly, these mostly unknown contractors are in the public (and political) spotlight. 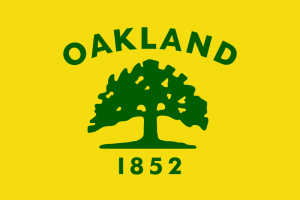 Weeks after visiting the border, Avery went to an Oakland City Council meeting, where they were considering passing an ordinance to forbid contracting with any of the companies bidding on the border wall.

Similar measures also have been proposed in other other municipalities around the country, including New York City and Los Angeles. They have also been floated on the state level in Arizona, California, Illinois, New York, Rhode Island, and Wisconsin. 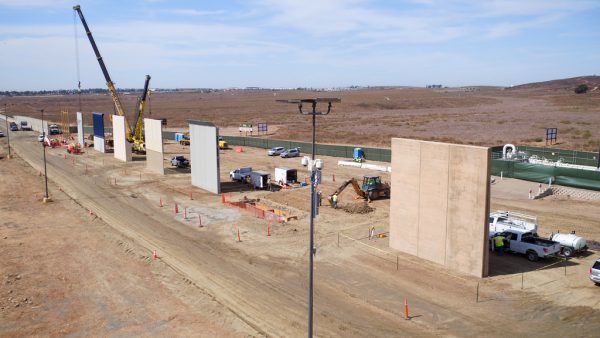 In Oakland, at least, the ordinance passed. Now, companies entering contracts with the City of Oakland are required to declare that they are not a part of border wall construction and do not plan to be. After all, border wall construction is still happening, and separate from those six prototypes. Plans for the first stretch of wall are already in motion, and it’s a completely different design from the prototypes, and made by a construction company that was not involved in the prototypes at all.

Professor Ronald Rael, author of Borderwall as Architecture, believes the future will look much like the past, with sections of wall being constructed incrementally, as they have been historically. And he’s not sure they will ever become an effective approach to immigration.

As a skeptic both of the designs and purpose of the walls, Rael paraphrased a famous Janet Napolitano quote, saying “show me a 20-foot wall and I’ll show you a 21-foot ladder.”  And so, Rael engaged in a simple act of protest, using his skills as an architect. Based on the images of the wall prototypes, he drew up some designs for ladders.