Daniel Alarcón went down to Puerto Rico to report on the aftermath of the storm. He wrote a piece for Wired about the almost year-long struggle to get power working on the island, and the utility worker who became a Puerto Rican folk hero. 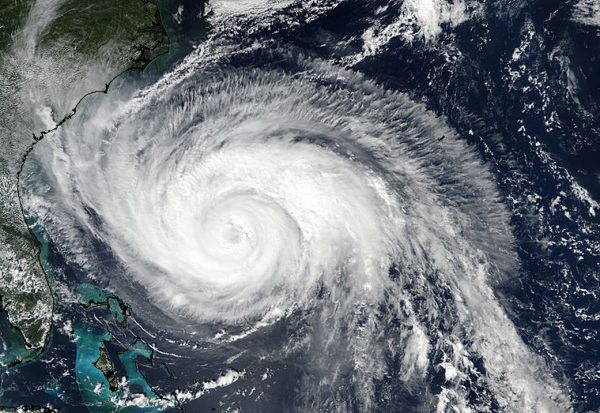 The morning after the hurricane, lots of people woke up and surveyed the damage done to their homes. One of them was a man named Jorge Bracero, from the capital city of San Juan, who  was completely caught off guard by how bad this storm was.

Jorge works at the Puerto Rican Electric Power Authority (PREPA), the public utility that provides electricity for nearly the entire island. When he got to work, he made his way over to a big computer screen that showed the outline of Puerto Rico. Every single line was down, which had never happened before. 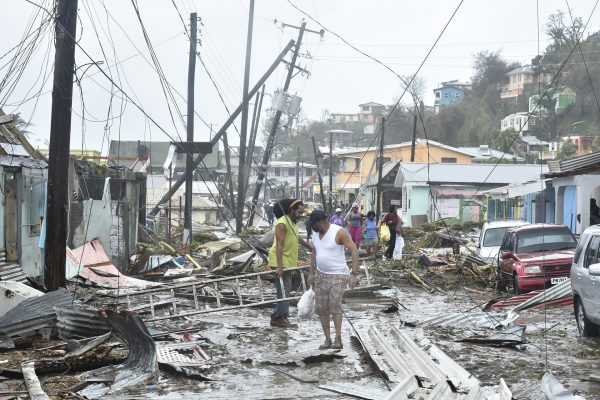 The scale of the destruction was hard for Bracero to comprehend. He knew on that day that he would spend the next several months helping Puerto Rico recover through his work with PREPA. What he didn’t realize yet was that thousands of people would come to count specifically on him to help them get through their year in the dark. 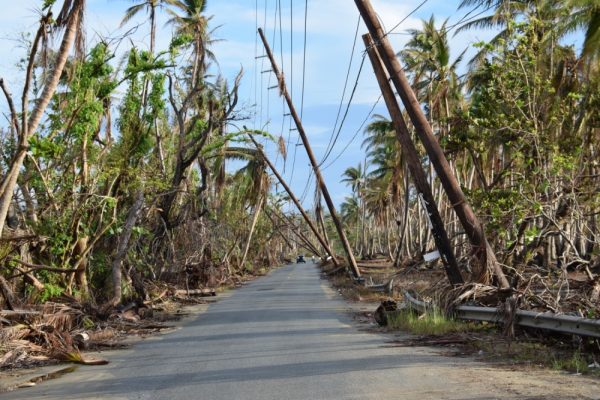 The first priority was to get power to essential structures, like hospitals and water treatment plants. The plant Bracero worked at was one of seven major ones on the island, but all of the others were down. Without those other power plants to help, his plant kept crashing.

Imagine a game of tug-of-war. The power plants are giants on one end, and the clients are on the other end pulling hard. If one power plant goes down, the other power plants have to work harder, sometimes to the point of collapse. After Maria, there was only one giant power plant on Jorge’s side of the rope, and on the other side, hospitals and water treatment plants were pulling for power on the other end. Every time there was a collapse, Jorge and his colleagues would have to spend hours rebooting everything and start again. 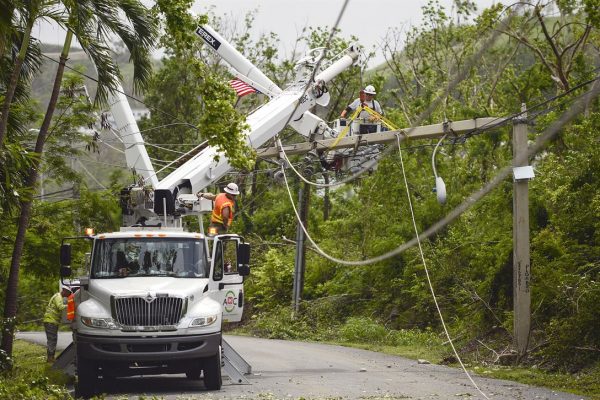 Outside of the plant, things were even worse. Lines were down all over the island and there weren’t nearly enough workers to fix them. Support would eventually arrive from the U.S mainland, but for the first week or so, Puerto Ricans were on their own. But Puerto Rico only had about 230 power brigades, which meant only about 690 people servicing the island, more or less — not nearly enough. As a point of comparison, the state of Florida had 16,000 workers on call in preparation for Hurricane Irma.

There’s a reason why Puerto Rico was so ill-prepared for Maria. In the decades before the storm, businesses had left the island in droves as the U.S. government phased out a series of tax breaks. To make up for all the lost revenue, the Puerto Rican government began borrowing money  in the form of bonds. 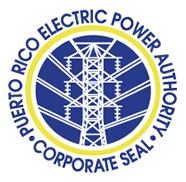 Year after year, the government issued more and more bonds hoping things would turn around, but they didn’t. By the time Maria hit, the government was in the middle of an enormous debt crisis, and PREPA was not immune. The utility itself had nine billion dollars in debt,  and was constantly postponing maintenance as a result.

On top of all of that, PREPA had basically no strategy for communicating with the public. It had no social media presence to keep the public updated to the situation. Jorge Bracero decided he would give the people the information they were craving — “I decided to become the news outlet.” He’d do it on his Facebook page, and he wouldn’t ask permission.

In the beginning, Bracero’s posts were very technical and specific. He would explain that a certain brigade would be working in a certain area. This information was supposed to be for company use, but Jorge began leaking it to the public. Every night Bracero would come home from a sixteen hour shift at work and start writing.

Bracero would often spend up to four hours a day just writing and calling friends from the field, asking them to verify information. After he’d gathered all the information from his sources, he would type out extremely long posts — sometimes 1,000 words or more —  with his thumbs on an iPhone. Bracero’s goal was to to give people the information they needed, but he also wanted to show them that people were actually out there working on getting their power back. 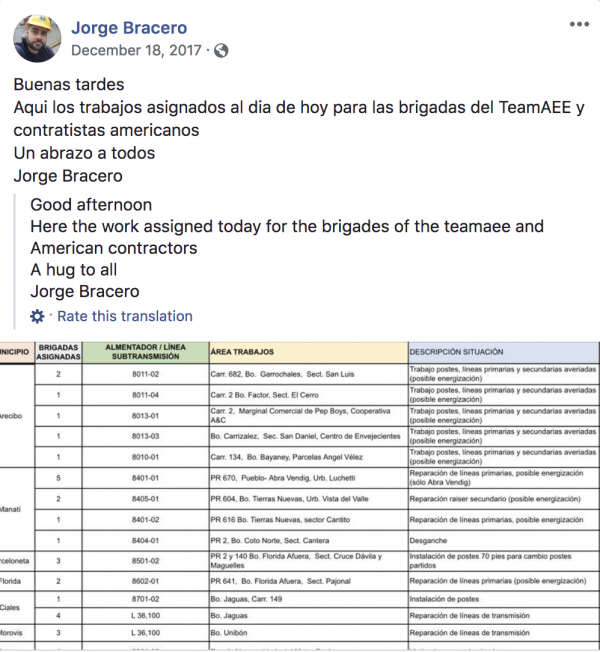 The challenge with Puerto Rico’s geography is that a mountain range cuts across the center of the island. A majority of the population lives above this mountain range, but the majority of power is located below it. Servicing the towers that were down in the mountains was not easy, and would sometimes require dropping in by helicopter and hiking to a tower.

On top of the difficulty of the work, PREPA just didn’t have the supplies it needed. Ten days before Maria, Hurricane Irma had done major damage in Florida. A few weeks before that, Hurricane Harvey had wreaked havoc in Texas. This meant that all the things Puerto Rico needed were high demand in other places

Bracero was trying his best to explain the reality of these challenges in getting power on the ground through his Facebook posts. He had accumulated tens of thousands of followers on Facebook, and over time Bracero’s posts earned him a kind of celebrity status on the island — memes featuring his likeness and activities began to surface, too.

All I Want for Christmas is Luz

By spring of 2018 around 85% of the island had power, but there were still thousands of people who didn’t. Bracero continued with his daily updates about which lines were being fixed and where the brigades were headed next. To keep up a sense of momentum and share some hope, he also shared videos as new places got power.

Bracero began asking people to record videos of their lights coming back on, and every week a new town celebrated.

Finally, in August of 2018 PREPA announced that the entire island had been reconnected to the grid, just six weeks before the one-year anniversary of Maria — and just in time for the next hurricane season.

Still, PREPA is arguably in a worse place than it was before Maria for a number of reasons. Among other things, there has been a lack of steady leadership over the last year — five different directors have cycled through the position at the helm. 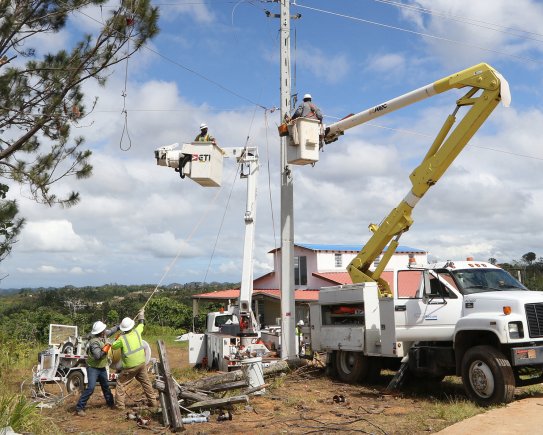 For years, too, FEMA had a strange rule in place that damaged infrastructure couldn’t be replaced with anything better or more expensive. For example, wooden posts couldn’t be replaced with stronger metal posts. As a result, Puerto Ricans missed out on opportunities to improve their infrastructure. It’s the same grid they had before, with a population that is significantly more vulnerable.

Puerto Ricans were traumatized by Maria — by the destruction and the loss of life, of course, but also by the realization that the security they felt before the storm was an illusion, and that no one could help them fast enough. As Daniel Alarcón puts it, what the “aftermath of the storm told them [was] essentially: we don’t care about you. You’re forgotten. You don’t matter. The depth of this wound is just very, very deep.” 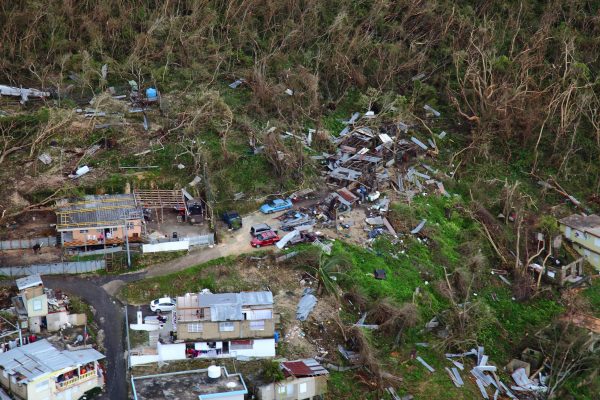 PREPA is in the process of privatizing, and being sold off, piece by piece, in hopes that a private company or various private companies will be able to deliver better service than the government has. A lot of people are skeptical that privatization will have this desired effect.