All kinds of songs get stuck in your head. Famous pop tunes from when you were a kid, album cuts you’ve listened to over and over again. And then there’s a category of memorable songs—the ones that we all just kind of know. Songs that somehow, without anyone’s permission, sneak their way into the collective unconscious and are now just lingering there for eternity. There’s one song that best exemplifies this phenomenon— “Who Let The Dogs Out” by the Baha Men.

The story of how that song ended up stuck in all of our brains goes back decades and spans continents. It tells us something about inspiration, and how creativity spreads, and about whether an idea can ever really belong to just one person. About ten years ago, Ben Sisto was reading the Wikipedia entry for the song when he noticed something strange. A hairdresser in England named “Keith” was credited with giving the song to the Baha Men, but Keith had no last name and the fact had no citation. This mystery sent Ben down a rabbit hole to uncover the true story and eventually lead to a documentary about his decade-long quest called Who Let the Dogs Out.

The story begins in the year 2000 with the Baha Men’s hit. It was the band’s only international smash, and it gained popularity after being featured in “Rugrats in Paris: the Movie,” and gaining prominence as a sports anthem, played in arenas around the world. Pretty soon it was everywhere.

The Baha Men are a multigenerational band from the Bahamas that have been playing together in one form or another since the 1970s. They’re known for a style of music called junkanoo. The group was signed by an a-and-r man named Steve Greenberg, who stayed with them across multiple labels and break-even releases. In the late-90s, Greenberg convinced the group to record “Who Let The Dogs Out,” but theirs was not the first version. The song was already a hit in the Bahamas, and the Baha Men were wary about recording a cover of a song that was widely known there.

Greenberg originally heard the song via a British producer who got his hair cut by a hairdresser named Keith Wainwright, as in “Keith” from the Wikipedia entry. Greenberg instantly knew there was something special about the song’s hook. When Greenberg looked up who wrote the hook, he discovered Anslem Douglas, a singer in the Bahamian music scene, who wanted to use his platform to write a feminist anthem, something that could be a rallying cry for women who were fed up with the “dogs,” or men behaving poorly on the dance floor.

Douglas’s version was actually called “Doggie,” and wasn’t credited to Douglas alone. His then brother-in-law was the host of a deejay mix show called Wreck Shop Radio out of Toronto, Canada, and that show’s producers included two men named Patrick Stephenson and Leroy Williams. Stephenson and Williams wrote promos and jingles for the show, and one of those jingles contained the phrase “who let the dogs out,” followed by the sound of barking. Without knowing too much about music rights, Stephenson and Williams made a deal with Douglas allowing him to publish the song, but they weren’t aware of the Baha Men version until they heard it on the radio.

Douglas ended up signing an affidavit asserting that Stephenson and Williams were the original authors of the hook, but there is even more to the story…

In 1994 a group called 20 Fingers and singer Gillette came out with a song called “You’re a Dog,” which featured barking in the hook, much like “Who Let the Dogs Out,” but with the lyrics “who let them dogs loose.” Stephenson and Williams claim to have never heard the song or anything about the group 20 Fingers, despite the similarities. 20 Fingers made no legal claim to the song.

But Ben says this isn’t even the first version of the song. Brett Hammock and Joe Gonzalez were a rap duo called Miami Boom Productions out of Jacksonville, Florida, and wrote their own song called “Who Let the Dogs Out” in 1992. Much like Stephenson and Williams, Hammock and Gonzalez were shocked to hear something so close to their original track on the radio so many years later.

When Ben Sisto dug a little deeper, he discovered “Who Let The Dogs Out” may have an even older inspiration. Sisto was contacted by a man named John Michael Davis from Dowaigic, Michigan who informed him the lyric had its roots in his hometown, which is sometimes referred to as “the dog patch.” Davis says the term came from a high school football game where the hometown team, the Dowagiac Chieftains, threw a Hail Mary pass and people in the stadium began chanting, “Oooh, let the dogs out!” The Chieftains won that game, and soon became the state champions with this chant as their motto.

Joe Gonzalez of Miami Boom doesn’t remember ever seeing the Chieftains play, but he says it’s not out of the question he heard the phrase growing up in Michigan. Even still, it turns out variations of a “who let the dogs out?” chant pop up in regional high school sports even earlier. Sisto was able to trace one all the way back to Austin Reagan High School in 1986, which sounds remarkably like the popular “Who Let The Dogs Out” we all know today.

We All Let The Dogs Out

Despite these conflicting claims about the origins of the song, Sisto says he believes the saga of Who Let the Dogs Out shows how art and creative work evolve over time. You can never truly know where an idea comes from, but perhaps that’s just the mystery of artistic production. 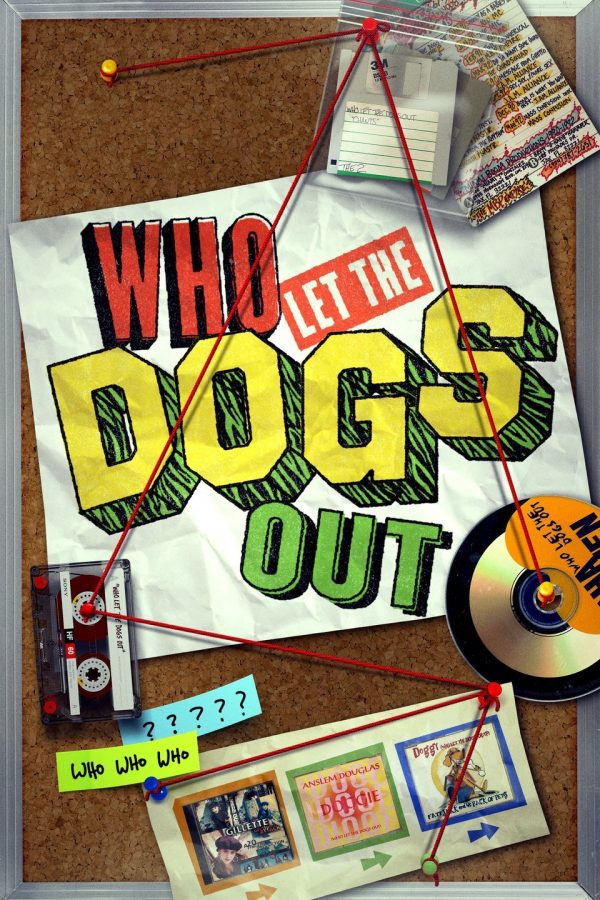