Snow plowing patterns seem an unlikely subject of a gender study conducted in a small town in Sweden. After all, the town’s approach appeared logical and neutral enough on the surface: plow major roads first, particularly those leading into and out of town, followed by smaller local streets. It is the same sequence played out in many cities around the world. 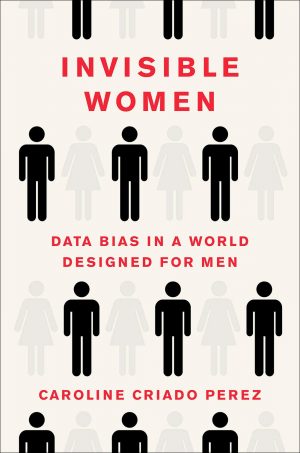 As researchers dove into the subject, however, they discovered that male and female driving patterns were markedly different. While men mainly commuted to and from work, women drove all over to run errands and to take care of elderly family members. They also walked more, trudging across often-unplowed intersections, sometimes with kids in tow. Aside from health and safety, that labor, when tallied up, was found to be worth almost as much to the economy as paid work. “This work contributes hugely to GDP,” explains Caroline Criado Perez, author of Invisible Women: Data Bias in a World Designed for Men, a book about how women are often left out of design.

In Sweden, the city council looked at the findings and reversed their approach, plowing side roads and sidewalks first. It had a huge impact, reducing the people admitted to emergency centers, women in particular, and had a corresponding economic impact from lower healthcare costs. Driving through a few inches, as it turned out, was less dangerous than walking through the snow, particularly if one was pushing something like a baby carriage as well.

Of course, the original plowing plan wasn’t designed to harm women or to help men. It was seen as a neutral and obvious choice — a default strategy. Only by collecting and analyzing data did it become clear that men were the ones being designed around, which isn’t an isolated problem. Males are often the default subjects of design, which can have a huge impact on big and critical aspects of everyday life.

The vast majority of medical research, for instance, is based on studies of men. Perez explains that heart attacks are more often misdiagnosed in women, in part because of the symptoms we’re all educated about. For men, chest pain is a common, prominent symptom. For women, heart attacks often present as fatigue or what feels like indigestion, with chest pain appearing in just around one out of eight cases. As a result, fewer women overall seek medical help during heart attacks and even when they do they are often diagnosed poorly by professionals.

Car crash test dummies are also generally male, based on an average man, which of course means they feature different sizes and proportions than a typical female. The tacit assumption is that the 50th-percentile cis male is the average person, skipping over around half of the population entirely. This approach ignores anatomical differences, plus specific individual circumstances like a person being pregnant. These tests impact design, and are part of the reason women are far more likely to be injured or die in a car crash. Even in places where “female” dummies are brought in to test cars, these figures are often just scaled-down male dummies with the same basic shape. Sometimes, too, these dummies are only tested in passenger seats.

Even when women are the focus of design, their actual needs are still sometimes ignored. Consider the three-stone stove, a traditional cooking mechanism used by 80% of people in the developing world. It is a simple device consisting of three stones with a fire underneath and a pot above. This stove not terribly efficient and is often placed in poorly ventilated rooms, exposing women in particular to the equivalent of multiple packs of cigarettes per day worth of harmful smoke. Alternatives have been developed by well-meaning groups, but adoption has been slow, in part because many designers have simply failed to consult the actual women for whom they are designing. 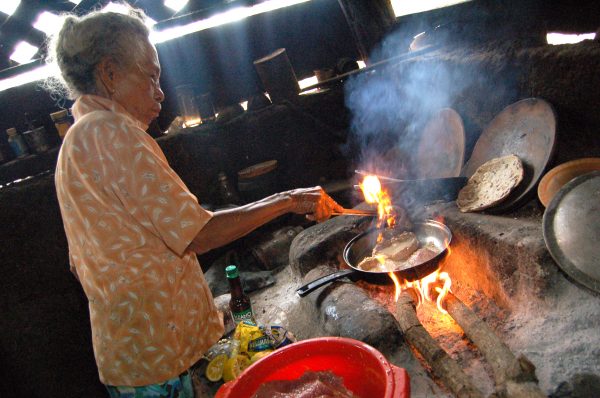 Some solutions increased cooking time or required more direct attention, which reduces the ability of women to multitask and manage other things. Other designs required more maintenance or chopping up smaller pieces of wood, which, Perez points out, are typically jobs men do, or in this case: don’t do, presumably because they don’t see the need to do extra work when there’s already a “working” stove in the house. Of course, when these designs aren’t adopted, the women are sometimes blamed for their failure to adapt to the design.

A few years ago, researchers in India developed a device that reduces wood use and smoke. It’s cheap, made of recycled metal material, and it’s been adopted in India and elsewhere. The design was created after its makers consulted women who were actually supposed to use the device. Instead of imposing a solution or expecting women to change their approach, the designers adapted to the actual needs of women. In some sense, the solution in this case was quite simple: gather data, consult women and include them in the design process. What remains is for other designers around the world to do the same more consistently, and, more fundamentally, to stop seeing just half of the human population as the default targets for good design.

99% Invisible’s Impact Design coverage is supported by Autodesk. Autodesk supports the design and creation of innovative solutions to the world’s most pressing social and environmental challenges. Autodesk Foundation is a proud partner of 60 Decibels. 60 Decibels makes it easy to listen to the people who matter most. Their Lean Data approach turns customer voice into high-value insights that help businesses grow and maximize their impact. They leverage the power of technology to communicate directly with marginalized communities which allows them to collect high-quality impact data efficiently and at a fraction of the time of traditional approaches. By putting the voice of the customer at the center of impact measurement, they help impact-oriented businesses better serve their customers. That means businesses providing everything from off-grid energy solutions to family health services can better understand their customers, and adapt to their needs – delivering greater impact. To learn more, you can visit 60decibels.com or go to Autodesk.redshift.com to explore more designing with empathy.

“From the commonplace to the sublime,” writes architect... [Read More]

A paternoster lift lacks most of the essential qualities we... [Read More]