Standing over 150 feet tall, the so-called Tower of Hope on the campus of the Beverly Hills High School started as a bland concrete spire, and was later covered with colorful art. To a casual observer, its purpose is shrouded in mystery — why build such a thing in the first place?

The tower was constructed to wrap around equipment used to harvest hundreds of barrels of oil a day (as well as hundreds of thousands of cubic feet of natural gas). For years, this fuel provided much of the local school’s annual operating budget, while the added decor offered cover for an increasingly controversial urban energy operation. And it was just one of many such structures dotting the landscape of Los Angeles.

The phenomenon of urban drilling in the area is by no means new or limited to the 90210 zip code. In the 1890s, what was then a small town of around 50,000 people began to experience a boom.

By 1930, California was responsible for a quarter of the world’s oil output. In some places, derricks were set so close to one another their legs overlapped, packed in like artificial trees or alien skyscrapers. (Fun fact: the “derrick” derives its name from a type of gallows named after Londoner Thomas Derrick, an Elizabethan era English executioner).

For years, this strange urban-looking landscape of lanky towers served as a backdrop for beachfront activities, creating uncanny juxtapositions of industrial-age machinery and human-scale recreation.

Over time, many of the derricks were removed as operations were consolidated, and others were encroached upon as the city and its suburbs expanded to engulf them. Those that remain can be found in the parking lots of fast food restaurants, fenced off alongside homes and highways, hidden behind rows of trees alongside parks or even in tucked into the sandtraps of fancy area golf courses.

Others, like the one in Beverly Hills, are clad in faux architecture, dressed up to look like huge chimneys or church bell towers and other urban structures. Los Angeles is, after all, known for crafting imaginative but believable illusions, both in and beyond Hollywood.

Larger operations are sometimes housed inside more elaborate fakes, for instance: wrapping facades designed to look like nondescript office exteriors. Many are acoustically camouflaged, too, sound-dampened so as not to make too much noise in urban neighborhoods.

Many newer operations have moved offshore as well, to oceanic rigs as well as artificial islands, including a set off Long Beach. The THUMS Islands are camouflaged on a whole different scale, and are the only decorated oil islands in the United States. They boast sound walls, palm trees and sound-mitigating landscape elements. The island chain was originally an acronym named for Texaco, Humble (now: Exxon), Union Oil, Mobil, and Shelare, then later renamed as the Astronaut Islands (they do have a certain space-age look to them, after all).

These islands were constructed in the 1960s using hundreds of tons of boulders from a nearby natural island as well as millions of yards of material dredged from the bay. $10,000,000 was spent on “aesthetic mitigation,” an endeavor overseen by theme park architect Joseph Linesch, who had experience crafting elaborate artificial landscapes for Disneyland in California and Epcot Center in Florida. At a time when Modernists were celebrating industry, Linesch worked to disguise it.

The quirky camouflage structures were described by one critic as “part Disney, part Jetsons, part Swiss Family Robinson” and have been mistaken for buildings in a offshore hotel complex or luxury resort. In total, drillers have pumped over a billion barrels of oil from this patch over the past half-century, all while hiding in plain sight on the water. 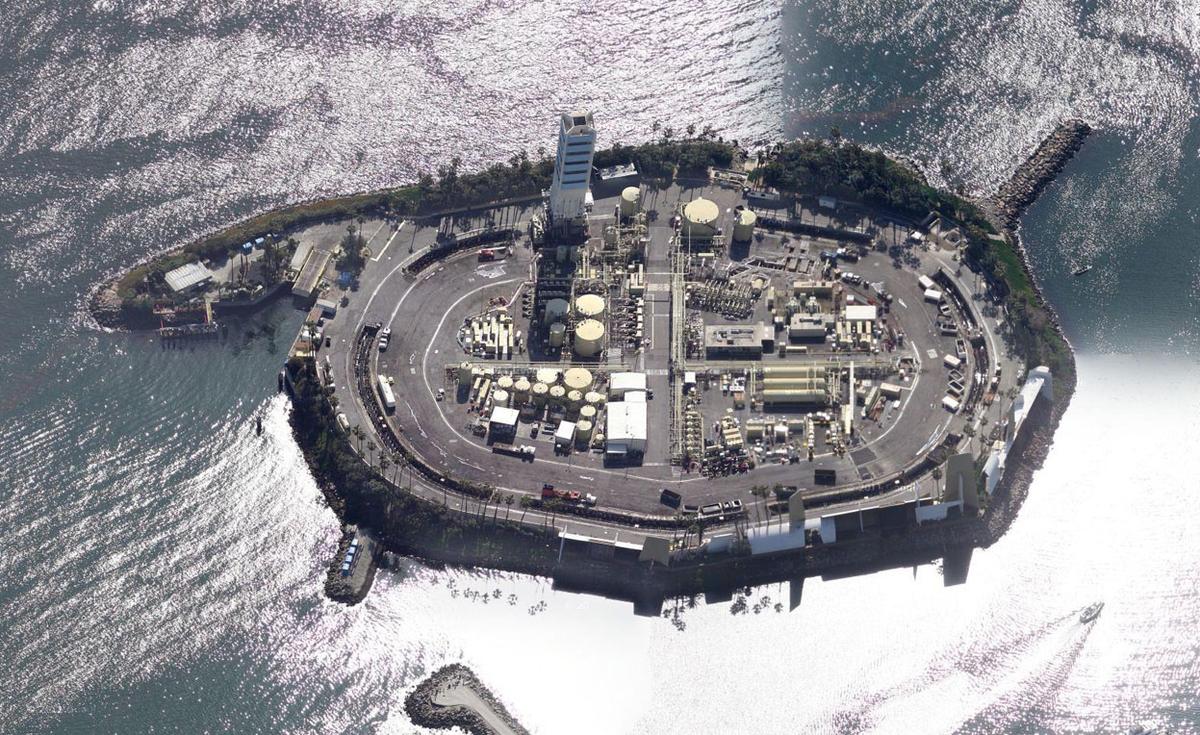 Back on the mainland, however, times are beginning to change for the once-booming L.A. oil industry. Last year, Venoco LLC, which managed the derrick at the Beverly Hills High School, filed for bankruptcy. 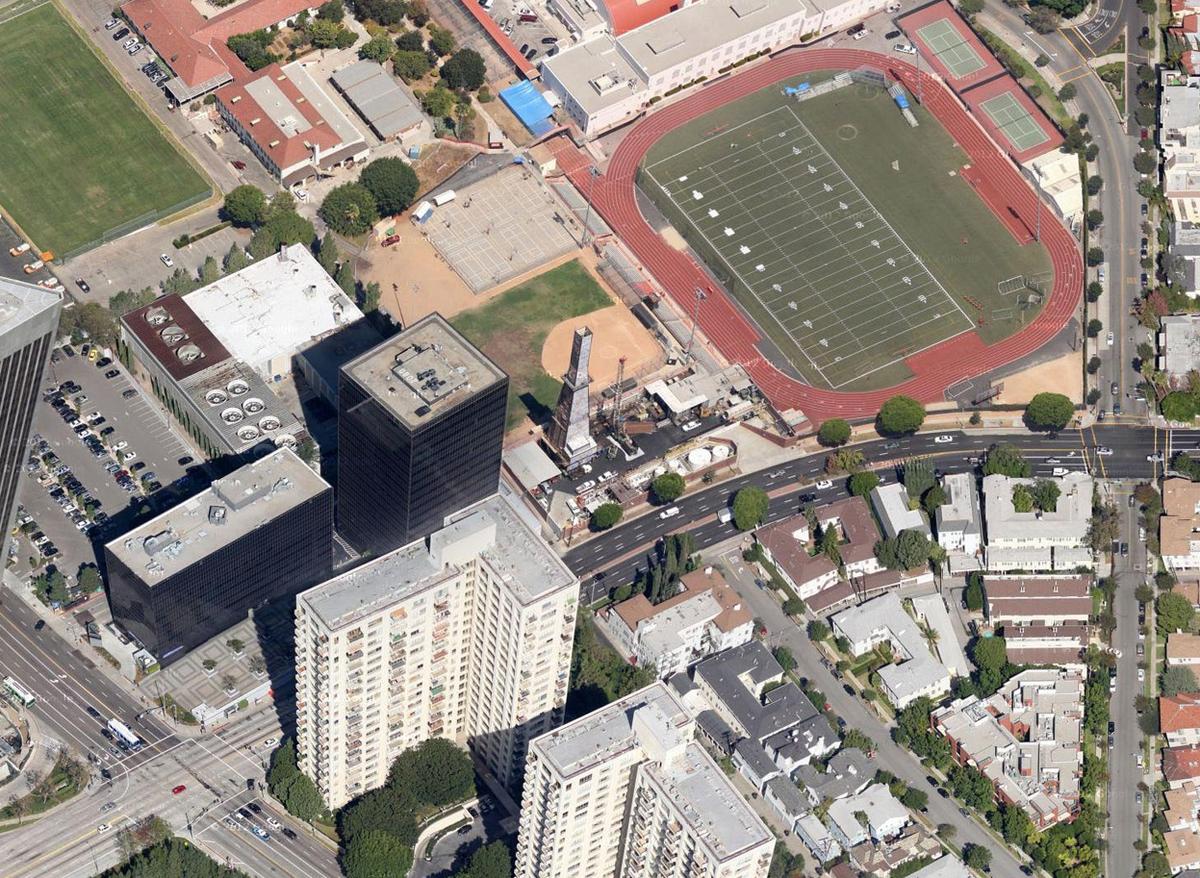 Over the decades, production had dropped by 90% from its peak — meanwhile, California in general has turned more toward green energy. But a question remains: will the now-underwater company that once helped fund the school be able to pay the $8,000,000 required to plug the wells (and dismantle the structure) before they vanish for good?

Special thanks to 99pi fan Josh Richard of Charlotte, NC for the THUMS tip!