Announcement: No Stops at This Station

Along a remote train line in Hokkaido, the Northernmost island in Japan, there was this one rural top that was almost entirely unused. By the early 2010s, it was down to just one regular passenger, a young sophomore girl who rode it twice a day to and from school.

Regional rail authorities were actually planning to shut the line down until her parents reached out to them with a request to keep it open until their daughter graduated. And sure enough, they got their wish – the stop permanently closed only after the girl took one final ride to attend her high school graduation ceremony.

In Northwestern Germany, along the North Sea, there is a little stretch of track that connects the mainland with the tiny island of Nordstrandischmoor. The island is less than a square mile in size, but its low-lying areas flood regularly. Locals call this “Land Under.” 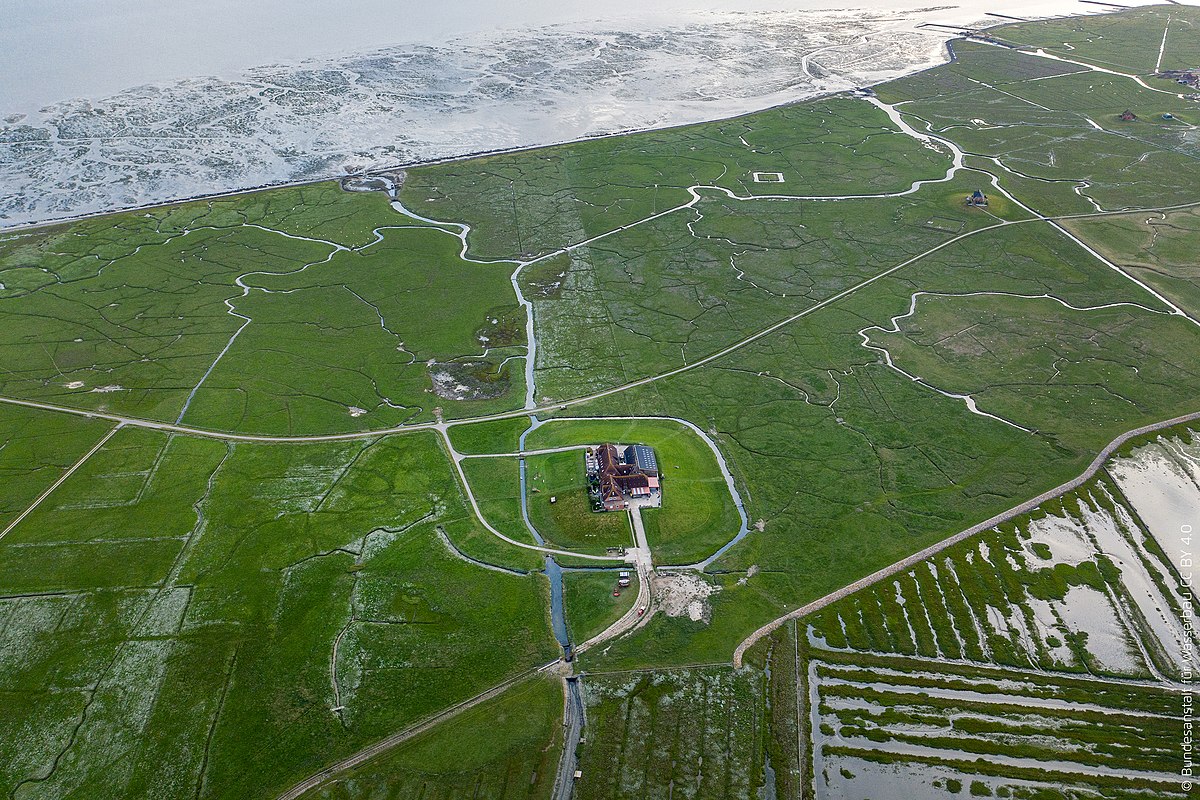 Only a few dozen people live on the island, in homes set up high on four artificial mounds, built up so that they stay above the water line. And one narrow gauge rail is the only transit to and from the island. 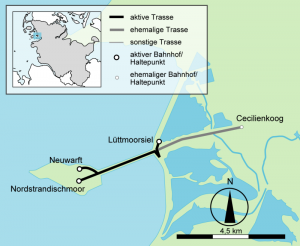 Unlike a regular set of rails, spaced five feet or so apart, narrow gauge lines are only two to three. They’re cheaper and easier to make, but there’s a catch: they can’t support faster modern trains. Historically, there were main such rail lines around Germany, but as trains have sped up, more and more have been converted from narrow gauge. To and from this island, though, there’s generally little traffic and not much need for speed.

And it’s not just the rail line that is smaller, it’s the trains, too. Some of these look more conventional, with an engine pulling along cars behind it, but many are highly idiosyncratic — at one point, some used wind power (via sails), and today, there are small ones that look like little open-air benches on wheels, and even ones that work like bikes. 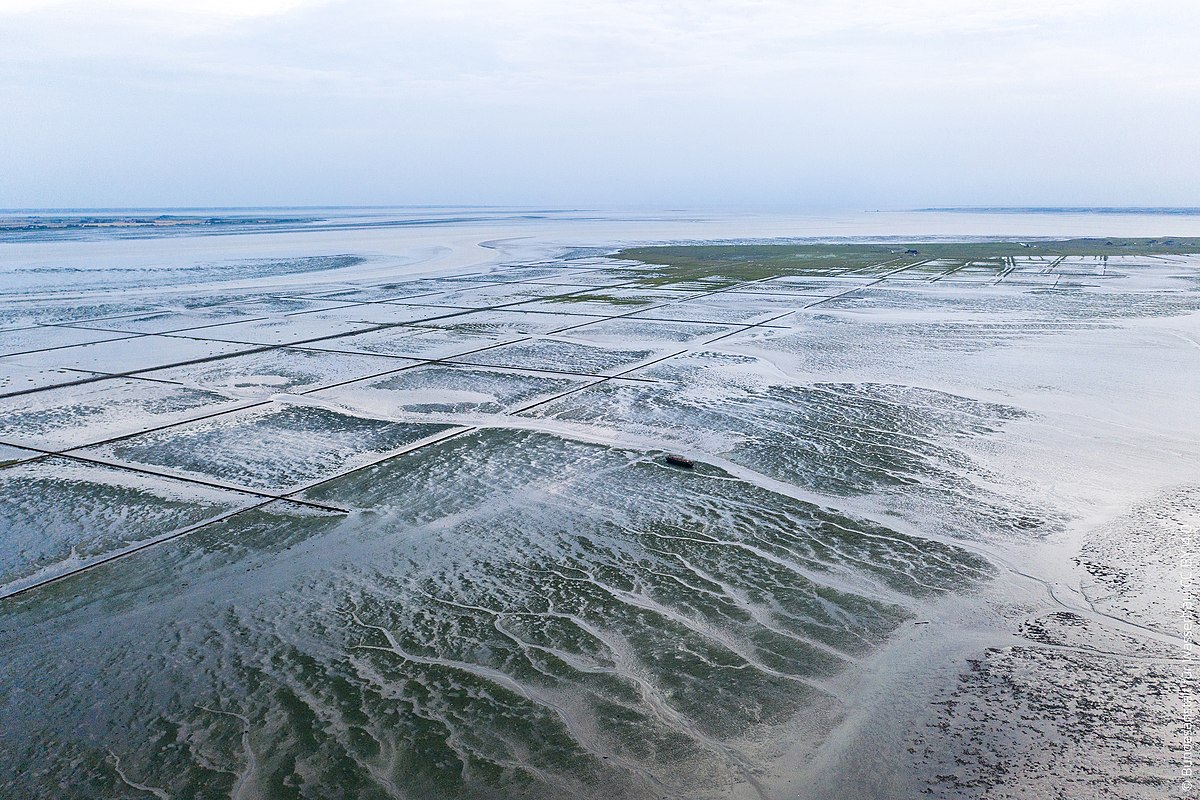 Every family on the island owns their own rail car, which can be operated at the age of 15 with the equivalent of a moped license. There are sometimes other ways to cross or ferry goods — when the water is high, for example, boats can dock; and when it’s low, people can walk across the mudflats as long as they’re careful. But the most consistent method of getting back and forth remains this one railway line.

Islanders in the North Sea mostly subsist on a combination of agriculture and tourism. And many of them work more than one job either at the same time or depending on the season, switching from farming to hospitality to coastal protection efforts as needed.

And coast protection is definitely needed with sea levels rising. So they’re experimenting with different solutions, and in extreme cases, they might even have to take entire buildings down, then raise up the mounds under them, and then rebuild on top of that. It can be a real challenge. But some families have lived here for generations, and will do whatever they can to stay on the land of those who came before them. Plus, there are perks: like owning a personal train. 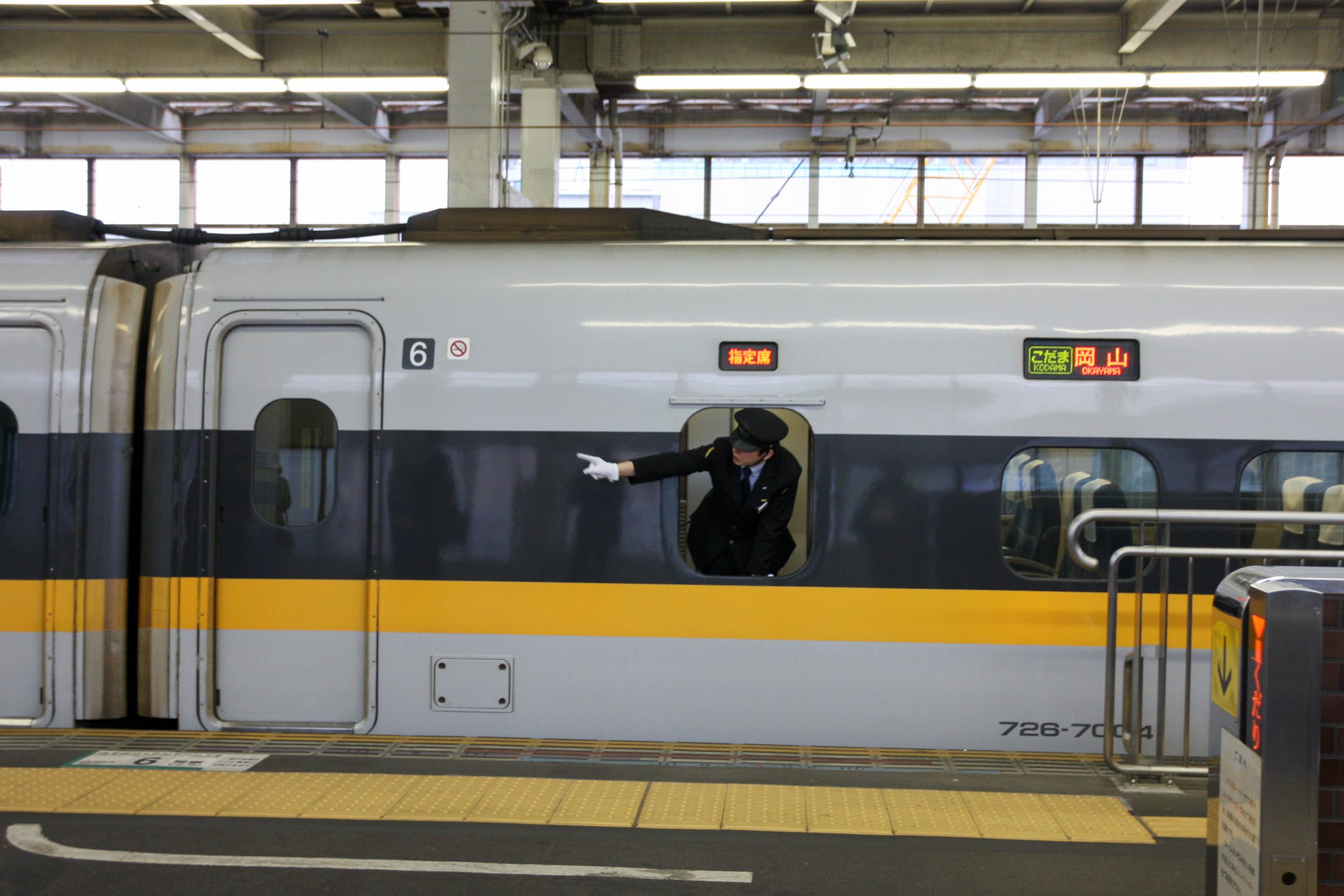 It would be criminal to do a story about trains and not spend some time looking at Japan, with its really rich history of being incredibly innovative when it comes to railways. Many of these are design and engineering strategies pertaining directly to how trains are built, but some of them involve human factors, like: pointing and calling.

The “Point and Call” system employed by everyday rail workers is designed to help improve attentiveness, and in turn: safety. As conductors and others at a station make announcements about, say, a departing train, they might point in the direction the train is going. They also point at signs, buttons, dials — anything they interact with.

Japan did extensive behavioral research to come up with this system. Through testing, they concluded that if their workers associated a habit with more than one sense (for example, if they’re physically pointing out a thing while talking about the action that they’re performing) it can reduce workplace errors dramatically.

But despite the system’s success in Japan, it really hasn’t taken off in other countries as much as one might imagine. But there are places that do use parts of the point and call approach. In New York City, for instance, Metro Transit Authority has conductors point at a sign before leaving a station, but without forcing them to shout along with it.

In light of this system, some clever New Yorkers decided to create some signs of their own, specially designed to make MTA agents smile … by putting up signs in front of the sign that they’re supposed to point at, with signage phrases like: “Point here if you’re dead sexy.” And, of course, the operators have no choice but to point.

Defining Moments: How Traveling by Train Ushered in the Era of Time…

Previous Episode: Pandemic Tracking and the Future of Data
Next Episode: The Missing Middle

From New York to San Francisco, often in... [Read More]