Sakhalin is a long, skinny island east of Russia’s mainland. Winters can get very cold and snowy there. Not many people outside of Russia know much about Sakhalin. Apparently it used to be home to a Tsarist penal colony and Anton Chekov once described it as “hell” but Tatyana Kim swears it’s a beautiful place to live. Kim is ethnically Korean, but grew up entirely in Russia before visiting her grandparents in Ansan, South Korea.

There, she spent most of the time within the confines of the complex where her grandparents lived. On the surface it seemed like any other apartment building, there were these little details that stuck out to her — things that felt strangely familiar.

The halls and elevators were a little wider and had handrails all the way across for people to hold onto. There around a thousand residents but everyone was over the age of 50. And they all lived in pairs of two — there were no single people and no families. And for some reason there was also a Red Cross office located directly on the premises.

Nearly all of the residents were of Korean descent, but everyone could speak Russian. Sometimes she’d meet other teenagers who were visiting their grandparents. None of them spoke any Korean—only Russian. In the kitchens of the apartments, Russian food cooking. 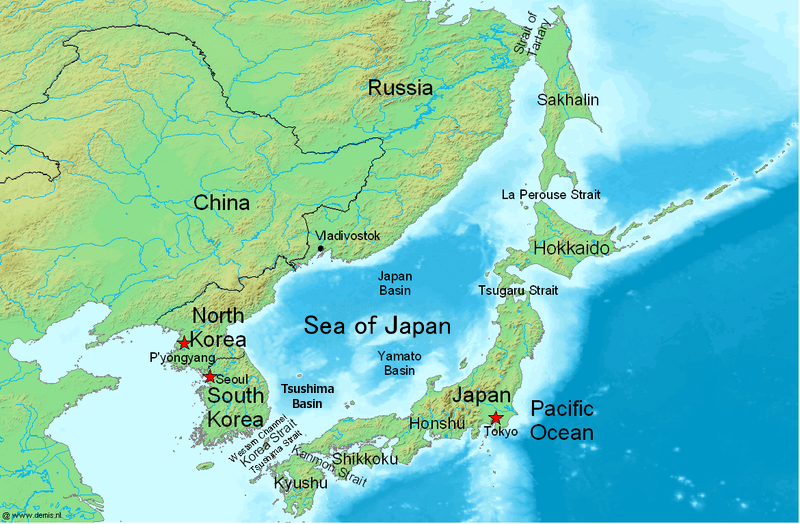 It turns out that the building Kim’s grandparents were living in was actually a very special place. It was constructed specifically as a home for thousands of elderly Koreans who had returned to the country after living for decades on the frigid island where Tatyana grew up. In Russian, the complex was called “Sakhalin Village,” but when translated from Korean the place was called “Hometown Village.”

Russia and Japan have long fought over the territory of Sakhalin. Although the environment was harsh, Sakhalin was valuable to both the Russian and Japanese empires historically, because it was rich with natural resources like coal, timber, and fish. In the early 1900s, Japan controlled the southern half. But they needed to bring in cheap labor to extract those resources, and many Koreans sought work on the Japanese-controlled half of the island.

Then, when Japan entered World War II, the government needed even more raw materials to fuel their military. And with Japanese men drafted into combat, more and more Koreans were forced to work in the timber yards and coal mines on the island as conscripted laborers.

Then, in Korea, the end of the war celebrated as Liberation Day — the moment when 35 years of Japanese colonial rule finally came to an end. But when Japan surrendered after World War II, the status of Koreans on Sakhalin had suddenly become very complicated. Hundreds of thousands of Japanese abandoned the island, boarded boats and returned home, leaving the  island occupied by the USSR — while Koreans waited. on Sakhalin.

Korea was technically free from Japanese rule, but for years it had no functioning government in place. Independence was a slow and painful process that did not come immediately. So an estimated 23,000 Koreans were trapped on Sakhalin, and had no way of returning because there was no formal government to negotiate their return. While some Koreans in Japan were relocated with international assistance, the USSR had its own plans.

South Korea was closely affiliated with the capitalist US, while the north stayed aligned with the communist Soviet Union. The USSR actually did allow for the repatriation of Sakhalin Koreans, but only to their ally nation: North Korea. And the USSR didn’t have much interest in returning Koreans to their homes. Someone had to be there to work in the mines, cut the timber, and fish for food. And because most Koreans spoke Japanese, they were able to operate machinery left behind.

The Korean War and Cold War both made it hard to negotiate a diplomatic return. The South Korean government was busy rebuilding its country, and the Soviet government needed the labor. So the USSR started allowing Sakhalin Koreans to apply for Soviet citizenship. Many, however, refused — to them, it meant acknowledging they would never return home. Meanwhile, out of necessity, Koreans integrated more and in the process, Korean culture on Sakhalin started becoming its own unique identity. They also had little news of home through the Iron Curtain, which changed almost immediately when it fell.

When the Soviet Union collapsed in 1991, Koreans on Sakhalin finally had an opening to return home. Some went immediately. But there was little support — many had to pay their own way or rely on family.  For many who returned in those early years, it was not the reunion they dreamed of for five decades. South Korea had completely changed, and now they were strangers in a new country. What should have felt familiar was foreign to them. A lot of people returned back to Sakhalin.

Later, in order to make amends for its part in using forced labor, the government of Japan earmarked 3.2 billion yen to assist in the transit, housing, and financial assistance of Sakhalin Koreans. The South Korean government provided land to build on. This joint ventures helped people from Sakhalin to move to housing complexes and nursing homes across South Korea. And in the year 2000, a formal repatriation program was established. The first and only settlement constructed specifically for Sakhalin Koreans was built in South Korea.

This complex was meant to address the problems associated with repatriation. Residents didn’t just get free housing, but a support system to navigate a new country. More than a thousand elderly Sakhalin Koreans received a small apartment along with a modest pension since most of the residents had retired or couldn’t work. There was good healthcare available, and friendly staff. They also had access to the Korean and Japanese Red Cross on site who helped residents get anything they might need for their new homes.

Today, the community comprises eight different apartment buildings and houses more than seven hundred people. There’s a lounge for playing mahjong and lotto (which is a Russian tile game), and there’s a basement with a table tennis room. They offer language courses for Korean and English. There’s a local choir, and even a karaoke room all just for former Sakhalin Koreans. Residents have basically everything they would ever need without having to leave this small, Russian Korean community.

But there are still criticisms of the repatriation program, which was only available to a select few who qualified. Those who were born before August 15th, 1945. It was only for the “first generation” of Sakhalin Koreans–these were the people who had been born prior to the end of World War II. This generation would be allowed to return to Korea and would be financially supported, but only if they were willing to leave behind the families that they had built on Sakhalin.

In 2021 new legislation was passed that expanded the eligibility requirements for Sakhalin Koreans to repatriate. Now, the first generation are allowed to bring one direct descendent and their spouse. For a lot of younger Sakhalin Koreans, it’s less about returning to an ancestral homeland than it is practicality. For them, there are both opportunities and obligations waiting in South Korea.

In the end, though, despite all of the assistance that the South Korean and Japanese governments have provided, or the legislation that has been passed, or housing complexes that were built… it simply isn’t enough. The glaring problem that settlements like Hometown Village can never solve is that repatriation came fifty years too late. Much of the first generation who yearned to return to South Korea died long before the program started, and the people who did live to see their homeland again were too old to make the most of it.

“The history of Koreans in Sakhalin is a sad one, but it’s not only about loss,” says Kim. “I want to believe that it is also about the creation of something entirely new. A new mixed culture, new perspectives, new families, new lives….” influenced by Korea, Japan, and Russia.