Designed in the 1920s by Le Corbusier, one of Modernism’s most influential architects, the “Radiant City” was to be a linear and ordered metropolis of the future. It was ambitious, a blueprint not only for a more rational urban environment but also for radical social reform. 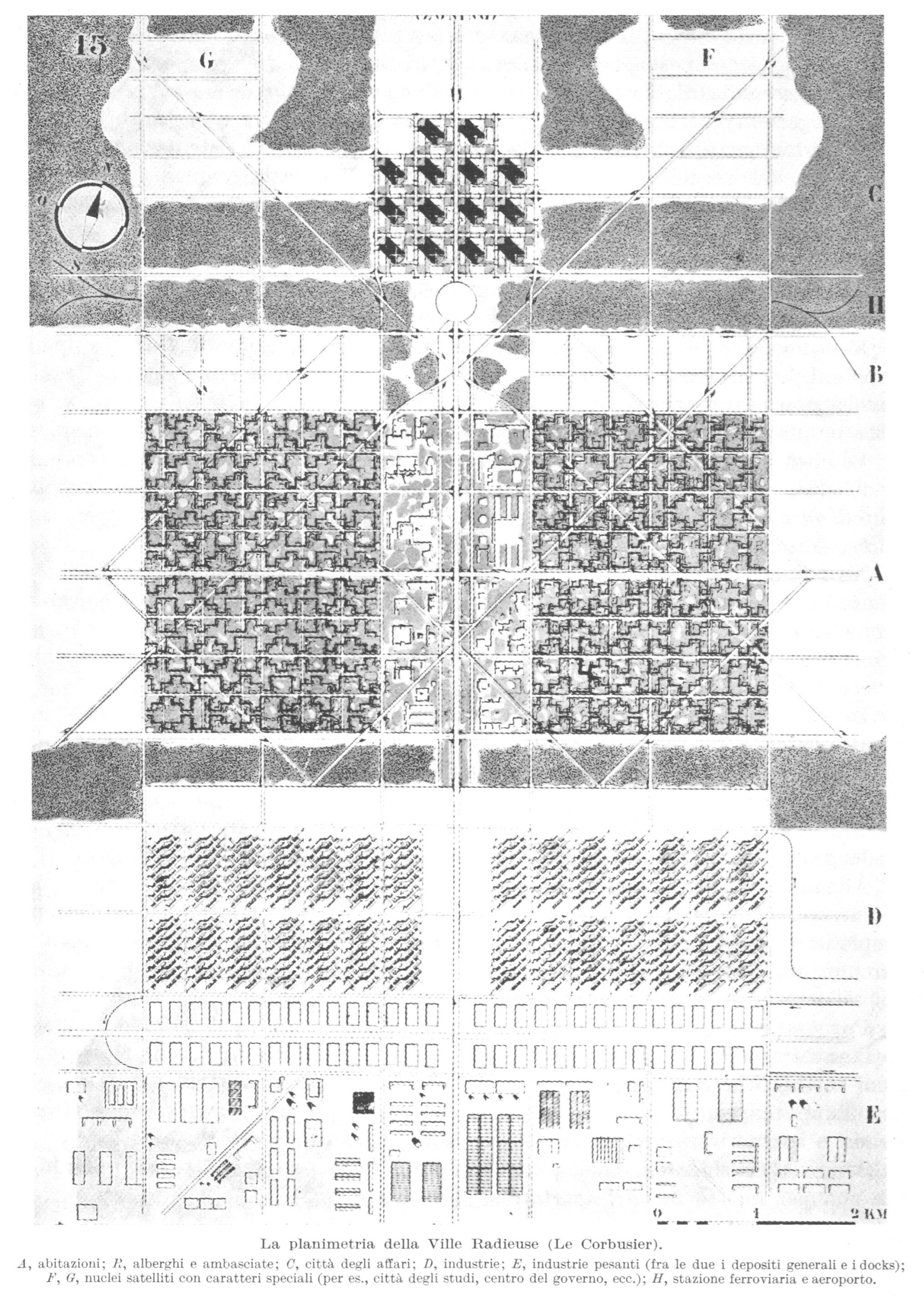 The layout of Corbu’s ideal city was abstractly inspired by the arrangement and functions of the human body. Like a living organism, it consisted of organized parts that would work together as a whole.

Corbu’s approach to his visionary Ville Radieuse was an extension of other conceptual cities he had been working on, including the Ville Contemporaine and Plan Voisin. Notably, the latter of these sparked controversy after Corbu suggested razing historical parts of Paris to build it — he had a way of riling people up, arguably an intentional tactic to draw public attention to and elicit media coverage of his ideas. 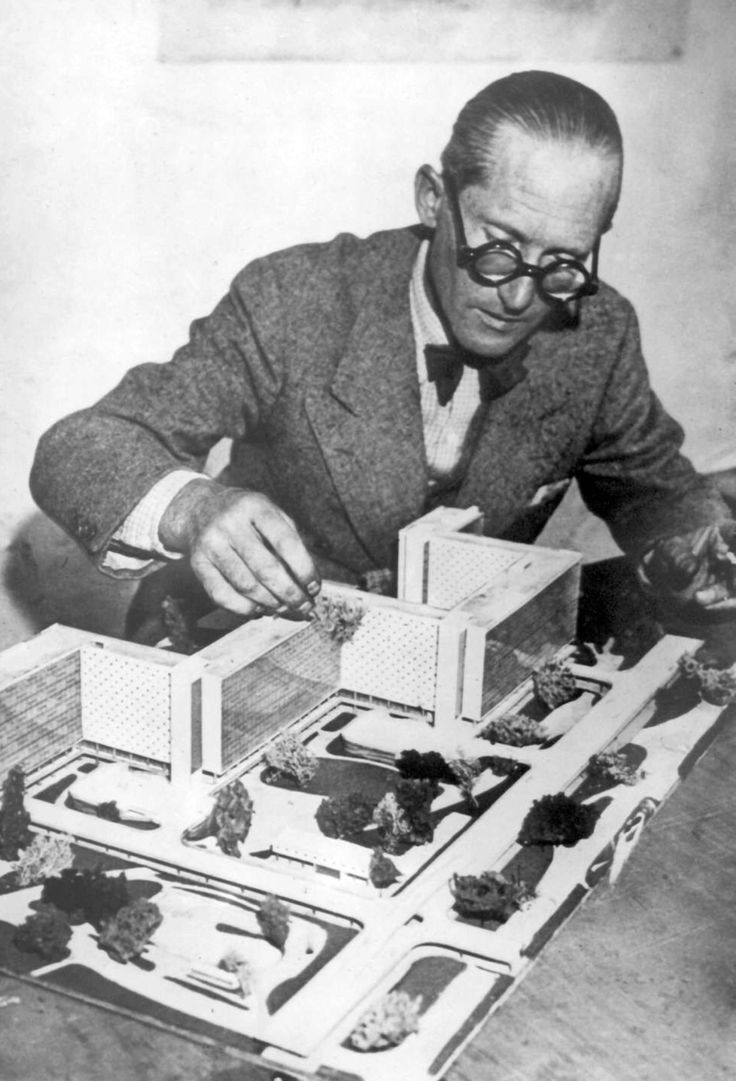 The basic strategy behind these various schemes was to create vertical architecture and leave plenty of shared open space in between for people to use and enjoy. The resulting horizontal areas would serve as traffic corridors as well as public landscapes with lush greenery. Pedestrians, cyclists, drivers and public transportation users were given dedicated routes to get around, set up (or down) at various elevations. 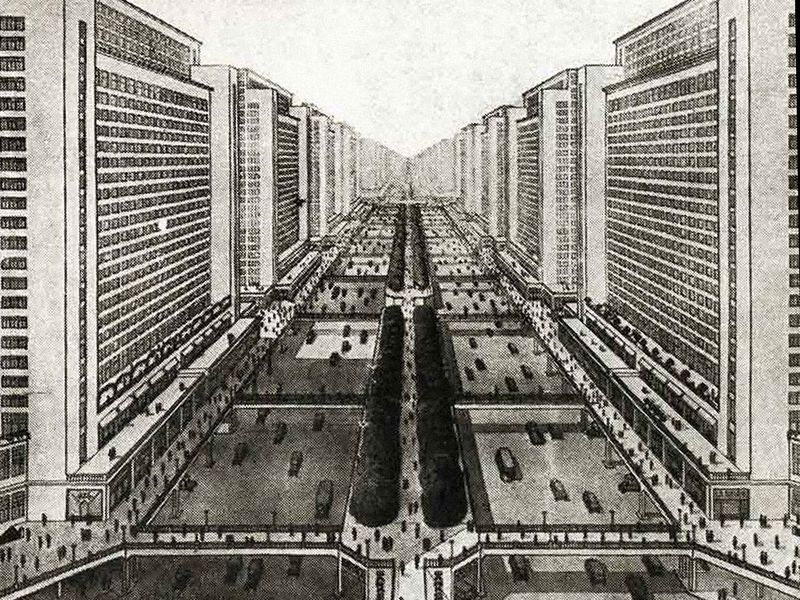 Everything in the Ville Radieuse would be symmetrical and standardized. At the center, a business district would be connected to separate residential and commercial zones via underground transit. Prefabricated housing towers would serve as vertical villages with their own laundromats as well as rooftop kindergartens and playgrounds. Apartments would have views out onto shared public spaces. Residents would enjoy peace and quiet, separated from industrial districts. 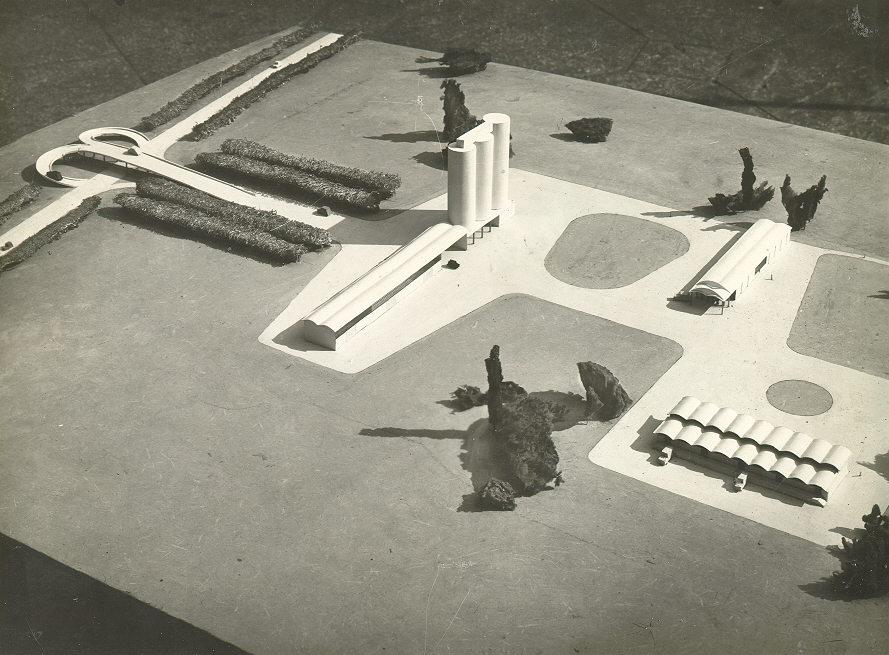 In theory, at least, he had design solutions for every kind of built environment, from individual houses up to entire cities as well as suburbs and agricultural communities.

Though highly influential (in both Corbu’s own work and the work of other city planners), the Ville Radieuse was never constructed. Its ideas did, however, shape Corbu’s approach to urban design and architecture, from European projects all the way to Chandigarh.

Le Corbusier created the general layout of this new Indian city, separating it into different functional sectors (or “urban villages”). He also worked on key structures, including the High Court, the Palace of Assembly, the Secretariat and a series of Open Hand sculptures. In the end, he wasn’t entirely pleased with the outcome, in part because he had to work with others who had competing visions. Still, Chandigarh arguably represents his most complete urban achievement.

It is easy to look back on Corbu’s visions of concrete towers and overly large open spaces as being harsh and inhumane. But, for a time, he and Modernists thought they were building a better, more organized and functional world, crafting new cities as machines for living in.

And while his Radiant City was never realized as such, it did inform a number of projects, from Amsterdam’s massive Bijlmer to a series of structures Corbu designed to be urban villages in the sky.

Next on 99pi: cities in the sky — Corbu puts his plans in practice, constructing vertical “units of habitation”

Southwest of Bangkok, the Maeklong Railway Market is one... [Read More]